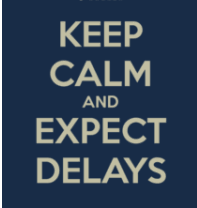 Last week, the Delhi High Court pronounced a decision rebuking a patent applicant for causing unnecessary delays in the patent application process by seeking repeated adjournments and not filing written submissions on time. In the case of FMC Corporation v. The Controller of Patents, a single-judge bench of the Delhi High Court observed that the patent applicant, FMC Corporation was delaying the processing of their patent application by not submitting their written submissions within the timeline prescribed by the Patents Rules, 2003 and by amending their application claims after a hearing had been conducted by the Patent Controller.

Facts of the Case

The Order details the delays caused by the applicant after they filed a patent application titled ‘Herbicidal Mixtures’ in September 2019. According to the Order, the original patent application had 13 claims covering a large number of compositions. Against this application, the First Examination Report (FER) was issued by the Patent Controller in March 2021 citing objections related to lack of an inventive step as defined under Section 2(1)(ja) and non-patentability under Sections 3(d) [mere discovery of a new form] and 3(h) [method of agriculture or horticulture]. The applicant filed a reply to the FER before the due date in September 2021 with an amended set of claims. After this, a hearing notice was issued on 24th February 2022 by the Patent Controller for a hearing that was fixed for 11th March 2022, which was rescheduled for 23rd March 2022. While this hearing was attended by the patent agent of the applicant, the Order notes that “the application was completely derailed owing to the non-filing of the written submissions within the stipulated time by the Applicant.” After the hearing, the applicant was required to file written submissions under Rule 28(7) of the Patents Rules for which they initially sought an extension under Rule 138 of the Rules and were granted the same. When another extension was sought under Rule 137, the Patent Controller denied the extension. In the interim, in May 2022, the Patent Controller passed a separate order that rejected FMC Corporation’s application. In June 2022 FMC Corporation filed a review petition under Sections 77(1)(f) and 77(1)(g) of the Patents Act. Supporting the same review petition, FMC Corporation made further submissions in August 2022 which contained further amendments to their patent claim. However, the Patent Controller did not consider this review petition and the patent stood rejected as per the separate order passed by the Controller in May 2022. Against this backdrop, FMC Corporation filed an appeal in the Delhi High Court.

The High Court Order notes that the applicant was responsible for delaying the application process. Discussing Rule 28(7) which requires written submissions to be filed within 15 days from the date of hearing, the Court cited the IPAB order in Hawar Technologies Limited v. The Assistant Controller of Patents to state that the Rule captures an expanded principle of natural justice that allows applicants to receive a fair hearing. The Hawar Technologies Order had elaborated on the requirement of conducting proper hearings alongside allowing written submissions for patent applications as patent matters involve applying scientific and legal principles, that requires thorough deliberation on part of patent controllers. The High Court stressed on the requirement of finality with respect to the application process and noted that the written submissions filed under Rule 28(7) are to act as a primer of the submissions made and discussions agreed upon during the hearing. The same Rule cannot be used for reopening the consideration of the patent application.

While holding the applicant responsible for the delay, the Order notes that the Patent Controller also had a duty to pass a reasoned order, which was not fulfilled in its rejection order. Finally, the High Court remanded the matter to the Controller for fresh consideration and also ordered the applicant to pay costs of Rs.1,00,000 (Rs. One Lakh).

This decision adds to another judgment (covered here) from the Delhi High Court that reiterates the importance of adhering to procedural tenets during the processing of patent applications. While the previous order discussed the duty of patent controllers to give reasoned orders for rejecting patent claims, this one highlights the delays caused by applicants themselves. Even in the present Order, though the major focus is on the delay tactics adopted by the applicant, it also notes that the Patent Controller did not adequately capture reasons for the objections raised under Sections 2(1)(ja), 3(d) and 3(h) – unreasoned and inadequately reasoned orders from the Patent Office remains a continuing issue.

The Order’s citation of Hawar Technologies which highlights the importance of patent controllers being thorough and following the principles of natural justice should also provide an impetus to consider the case of patent rights being granted without adequate scrutiny. This can potentially be considered against the larger policy move of promoting increased patent filing and reducing patent application consideration timelines. It is noted in this Order that “patent rights are valuable rights and rejection of the patent application can have serious consequences on the Applicant”. It is equally true that an over-extensive patent system is just as harmful and can have serious consequences when granting monopoly rights.