In addition to the usual round up of our own blog posts in the last week, we also bring to you 20 case summaries and other important national and international IP developments this week. We’re also asking for your help! Important IP cases that we’re missing out on? Especially from other High Courts? Please let us know so we can include them! Additionally, we’ve run this format for weekly reviews for a few weeks now. Do you like it? Hate it? Any feedback on improving it? Do let us know so we can try to improve!

Highlight of the week from the Blog

Call for Interns and SpicyIP Fellows! 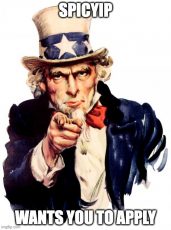 We put up a call for Interns and Fellows at SpicyIP. Applications are on a rolling basis and applicants interested to work and discuss transparency and accountability issues in the Indian IP ecosystem can apply. There is no deadline for the applications and the posts will be open till they are filled. (Please note: we no longer have any internship vacancies till after February 2023 now).

The plaintiff, claiming adaptation rights of Malayalam movie “Desharadham’”, sough an urgent interim injunction against the release of the Tamil movie “Yugi”. The High Court reiterated that prompt action from the court on grounds of urgency requires fulfilment a high standard and rejected the request on the ground that the urgency in the matter was Plaintiff’s own doing. The court highlighted that that the plaint is silent on when the Plaintiff got to know about the Defendant’s work, and that the averments regarding infringement in the plaint were vague and thus did not give any interim relief. Instead, the Court directed them towards pre-institution mediation under Section 12A of the Commercial Courts Act.

The Delhi High Court passed a consent order stating that the Defendant has undertaken to not use ‘Natural’ or ‘Naturals’ with respect to frozen desserts. The order also stated that the Defendant can use the mark ‘NIC’ and also allowed it to sell the existing stock bearing the impugned mark ‘Nic- Honestly Natural Icecream’. Both the parties agreed that this is only an interim arrangement and does not reflect that either of them have conceded or admitted to the case of the other side, on merits.

Calcutta High Court allowed an application for rectification directing the Trademarks Registrar to cancel the registration granted to and remove the impugned mark ‘Neemyle’. The Plaintiff had argued that it has been using its registered mark ‘Nimyle’ since 1996 and approached the court to rectify the registration granted to the Defendant for deceptively similar mark ‘Neemyle’. Passing the present order, the court reprimanded the Trademark Registrar for not conducting a comprehensive search of similar marks before granting the registration to the impugned mark.

Holding Defendants 2 and 3 in contempt of its injunction order, the Delhi High Court issued a bailable warrant to secure presence of the absent Defendant 3 on the next date and directed the appearing Defendant (Defendant no. 2) to be present on February 2 for sentencing.

The Plaintiff opposed the Defendant’s application to file additional documents on the ground that if permitted, the Plaintiff would have to admit or deny the same and the proceedings in the commercial suit will thus be protracted. Delhi High Court however permitted the Defendant to file these documents holding  them essential to indicate Defendant’s assertion that the suit design lacks novelty, which it held to be  one of the defences available in a patent infringement action. The Court further directed the Plaintiff to file its affidavit of admission or denial within one week.

The Petitioner filed a writ petition against the order passed by Regional Director,  Ministry of Corporate Affairs, under Section 22 of Companies Act, directing it to change its name from ‘Raymond Pharmaceuticals’. The Petitioner argued that the Regional Director should have deferred to the order of the Bombay High Court, refusing to injunct the Petitioner from using the name “Raymond”. The court however, clarified that the Bombay High Court order pertained to the suit regarding trademark infringement, and was separate from the claim before the Regional Director, which concerned rectification of the name of the company, thereby dismissing the writ petition.

Delhi High Court decreed the suit as per the terms settlement between the parties. In the terms, the Defendant undertook that it shall cease the use of mark ‘Sanawar’ from April 1,2024 and will not use the mark in its domain name.

A Division Bench of the Delhi High Court, discussing application of doctrine of equivalents on process patents, rejected the appeal filed by the Plaintiff and refused to grant it an interim relief against Defendant’s launch of Chlorantraniliprole (CTPR). Notably, the court opined that the “test of substantial identity of the competing methods must necessarily be viewed by identifying the essential elements and steps of the said process and then examining the manner in which the key elements interact in each essential step that the process/method entails to yield the given result.” Here, the court found that the defendant’s process is a two step process, whereas the suit patent discloses a single reaction.

The Plaintiff sought permanent injunction against Defendant’s use of its registered ’Star mark’. Interestingly, it did not find the Defendant to actually use the mark, but had filed the suit on the ground that the Defendant has claimed using the mark in its notice of opposition and subsequent rectification petition. The Defendant on the other hand claimed that the reference regarding Defendant’s use in the above documents was a ‘clerical’ error and that it shall withdraw the notice and the petition. Delhi High Court permitted the Defendant to do so.

Delhi High Court granted an ex-parte interim injunction against prima facie infringement of the Plaintiff’s  well-known mark ‘Croma’. The Defendant allegedly operates deceptively similar domain names chromashare.com, chroma-2.com, chroma-1.com and chroma-3.com. and also sends job offers to unsuspecting consumers on Whatsapp. Upon looking at the text messages from disgruntled customers, the Court prima facie held that if the interim injunction is not passed the Plaintiff will suffer irreparable loss.

The Plaintiff had alleged that the Defendant, who was once its licensee, has deliberately adopted a deceptively similar mark and trade dress as its registered mark ‘Subway’ and is also using similar names for its food items to pass off its goods. However, despite finding a prima facie case, considering that the Defendant’s outlet has been functioning since July, 2022, the Delhi High Court issued notice to the Defendant instead of passing an ex-parte interim order.

The Plaintiff instituted the present suit under Section 105 of the Patent Act, requesting the court to issue a declaration of non-infringement. The Defendant objected to issuance of summons owing to certain irregularities in the notice, which the Plaintiff is supposed to serve on the patentee under Section 105.  The Defendant alleged that the notice does not concern the subject matter of the plaint and the particulars of the Plaintiff’s products in the notice are also incomplete.  The Delhi High Court, however, passed an order to issue summons holding that the above issues will be examined when the court takes up the matter.

The Division bench of Delhi High Court refused to modify an earlier order holding that the same just recorded contentions and submissions of the parties and was pronounced in the open court. The Appellant filed an application seeking modification, contending that the submission on facts regarding number of pending applications for registration of the mark ‘Anmex, advanced by Respondent no. 1 at the previous hearing/ adjudication were put to its notice only then and the veracity of these facts could not be confirmed by it. Dismissing the application the court held that the Appellant should have sought information of all the violators from Respondent no. 1 and should have been arrayed as defendants. Having not done so, the court further held, the Appellant cannot be allowed to seek John doe order when the particulars of violators are known or could have been known.

part of its trade name. The court had previously passed an ex-parte interim injunction and has also issued summons to the Defendant. However, the Defendant neither appeared nor filed a written submission, causing the court to file the present order.

The Delhi High Court decreed the suit in favor of the Plaintiff after the Defendant undertook that it shall not use the deceptively similar mark ‘Lifelong’ and will withdraw the application for registration.

The Delhi High Court decreed the suit considering that the parties settled the dispute. In the terms of settlement, the Defendant agreed it shall withdraw its registered trademark containing the mark ‘Tata’ and undertook that it shall never register the same in future and in any event abandon any mark similar to that of the Plaintiff.  The Defendant also agreed to pay a sum of INR 5,50,000 to the Plaintiff towards full and final settlement of all claims.

Delhi District court decreed a suit regarding infringement of trademark and restrained the Defendant from using deceptively similar mark ‘Kamaksh’. In doing so the court opined that generally consumers address a product by its first name and thus, the Defendant should be restricted from using a similar first syllable ‘Kama’. On dissimilar trade dresses, the court held that trade dress often acquires secondary importance as to trade name, since consumers generally purchase a product by trade name rather than trade dress. While passing the present decision, the court also  deferred to prior use of the mark ‘Kama/ Kama Ayurveda’ by the Plaintiff.

Delhi District Court decreed the suit in favor of the Plaintiff, restricting Defendant from using marks which are deceptively similar to Bigvin, 7am, Asta Q, Asta­ 4, C­sora, Mikabest and Big­tum’. The Defendants submitted a written statement stating that they have stopped using the impugned marks and stopped appearing thereafter, causing the matter to proceed ex-parte.