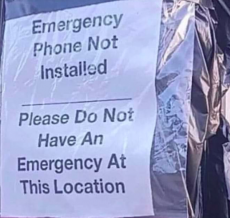 Trade mark rights are to protect both mark owners against the unauthorised use of their marks and the public from being confused about the source of the goods. In the case of pharmaceutical products, the equation changes substantially, and the prevention of confusion becomes more significant, given its disastrous implications for the consuming public. Aparajita recently wrote a thoughtful post on this issue.

The present post brings a similar instance: Sun Pharma Laboratories Ltd vs Intas Pharmaceuticals Limited where the Delhi High Court, despite following the letter of the law, seems to have again skirted the Supreme Court ruling in the Cadila case concerning the lenient comparison of competing marks of medicinal products. In this sense, there appear to exist two (contrasting?) rules that directed this order- (1.) prohibiting the protection of marks based on the names of chemical ingredients of the drugs (e.g. Section 13) and (2.) keeping a lower threshold of consumer confusion in medicinal products (Supreme Court’s Cadila ruling).

This post emphasises the need to revisit the issue of trademarks in pharmaceutical goods by highlighting an ‘indeterminacy’ in the current framework.

Sun Pharma (plaintiff) registered a mark “SETARET” on a “proposed to be used” basis in 1998, though it was never eventually used. In June 2022, it applied for a new trademark “SITARED” and started using it in June 2022 for Sitagliptin. Registration for this mark is still pending. The defendant’s marks are SITARA-D/SITARE and they are not registered. The plaintiff claimed an injunction against the defendant’s marks “SITARA-D/SITARE” for allegedly infringing the Plaintiff’s registered mark ‘SETARET’, and passing off their goods marked SITARED.

The court did a two-fold assessment of the present case. Dealing with the issue pertaining to passing off first, it assessed the similarity between the unregistered marks SITARED (plaintiff’s) and SITARA-D (defendant’s)  and then moved to assess whether Plaintiff’s registration for ‘SETARET’ will entitle it to interim relief.

On the issue of passing off, the court held that the competing marks (SITARED and SITARA-D) are dissimilar, contain non-proprietary terms and are launched almost simultaneously therefore, no prima facie case of passing off is made by the Plaintiff. On deference to registration for seeking an interim injunction, the court held that SETARET has never been used by Plaintiff, despite being registered some 24 years ago!! And thus, does not merit an interim relief only by the virtue of this registration. Finally, as a note of caution, the court also directed Defendant to seek prior approval from the court before launching its products bearing the ‘SITARE’ mark.

Decision: A Cradle of Confusion/ Contradictions?

The order deserves to be applauded for clarifying that a mere registration will not entitle a proprietor to interim relief and thus deters the practice of trademark squatting. However other aspects of the order are debatable.

One of the reasons for not granting the interim relief to Plaintiff is the understanding that the subject marks are based on their active ingredients, which are generic and cannot be appropriated by any party. Admittedly, the word “SITA”, which appears in both marks, is derived from the drug name “Sitagliptin” which is an International Nonproprietary Name (INN). Similarly, the reason for using ‘D’ in “SITARA-D” is, as per the defendant, the ingredient ‘Dapagliflozin’, which is also an INN.

The court referred to Sun Pharma v. Hetero Healthcare to reiterate that no party can monopolize the use of the part of the name of a salt/ingredient of the drug.  However, unlike the Hetero case where the registered mark of the Plaintiff was compared with the Defendant’s mark, in the present case, the court compared only the unregistered marks to decide on the issue of passing off. And thus, this inadvertently requires a thorough assessment of the similarity between the marks along the lines of goodwill enjoyed by Plaintiff’s marks, degree of misrepresentation, and damages suffered by Plaintiff owing to Defendant’s use and Defendant’s intent to pass off its good as that of Plaintiff. (See here and here).

While the court cautiously considered that both the marks were launched simultaneously in 2022, (and thus presumably none of them would have garnished goodwill and no intent to eventually pass-off?) its assessment of deceptively similarity falters conviction.

Since the concerned products are medicinal goods, the decision in the Cadilla case suggested a lenient assessment of deceptive similarity and ensuing confusion. The court had warned that “if there is any possibility of  confusion in the case of medicines public policy requires that the use of the confusingly similar name be enjoined.”. In the present case, a side-by-side comparison of both these marks, clearly shows that SITARED and SITARA-D are similar. Notably, the order deferred to the packaging of the products being different,  however, in Cadilla, the Supreme Court reiterated the observations made in R.J. Strasenburgh Co. Vs. Kenwood Laboratories, Inc. that “many prescriptions are telephoned to the pharmacists and others are handwritten, and frequently handwriting is not unmistakably legible. These facts enhance the chances of confusion or mistake by the pharmacists in filling the prescription if the marks appear too much alike when handwritten or sound too much alike when pronounced.”

The order upon comparing the packaging of the competing products simply states that “I am cognizant of the word of caution issued by the Supreme Court in Cadila Health Care Ltd. (supra). In my opinion, as the two marks in question are not phonetically or visually similar; the subject-marks are based on their active ingredients, which is generic and cannot be appropriated by any party; the packing of the medicines is different, prima facie, a case of passing off is not made out by the plaintiff” However, the court did not venture in a plausible assessment of public interest factor and seems to have paid mere lip service to the precedent in Cadilla.

There’s one more thing in the order that needs highlighting i.e. even after holding no confusion, the order later “direct[s] the defendants that in case the defendants wish to launch their product with the mark [SITARE], they shall seek prior approval from this Court.” This “no similarity, but take an approval before launch” approach seems contradictory because if there was no similarity in the marks in the first place, what was the point of directing the defendant to take permission before launching its product with the mark SITARE? One may say it’s a ‘precautionary’ measure, but the question of why two contradictory approaches in the same judgment remain open.

That being said, per contra, granting an injunction in the present case would have meant granting an injunction to a party who approached the court first since both products were launched simultaneously. But if the injunction is not granted, what will happen to the higher public interest and casualties from the ensuing confusion? Also, can an injunction here mean an implied monopoly over the generic term like the ingredient of the product?  The court (rightly?) decided not to venture deep into this pool of questions. Technically, the court has not wronged the law. Instead, the judge just worked within the (pre-)given constraints and freedom in deciding the outcome of the case. Thus, it appears that there is some kind of ‘indeterminacy’ which stems from the pre-defined background rules in which the issue is deciphered and decided, suggesting a need to retool the underlying policy of trademark rights over pharmaceutical products and check if pharmaceutical products require the same (or any) level of trademark protection as non-medical goods. We recently discussed a similar case, highlighting one solution which was suggested by the Supreme Court here. Interested readers can refer to this article called The Paradox of Trademarked Pharmaceuticals, written in the context of the  U.S.A.