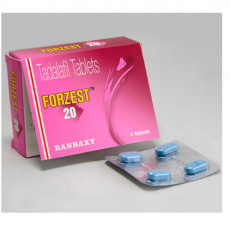 A few days ago, Aparajita highlighted the need for a cautious approach by our courts while deciding on interim injunction applications in trademark disputes surrounding medicinal products. She discussed the underlying public health argument in such matters, which courts have frequently overlooked. However, the recent Delhi High Court order in Sun Pharma v. DWD Pharmaceuticals, confirming an ex parte interim injunction on account of public interest, presents a case that may fall on the other side of this spectrum. Despite a finding of ‘unclean hands’ with the plaintiff, the court went on to grant them the injunction, opinion (inter alia) “In a medicinal good, the right of not only the private litigants but also public interest has to be kept in mind, and, in fact, be given prominence.”

So why did the court pass the above order in the Plaintiff’s favor?  Also, is public interest the only criterion that the court shall consider, or is there going to be an independent assessment of any other factor for interim relief? In the present post (in an extension to our tidbit here), I shall try to break down the court’s order along these questions.

Sun Pharmaceuticals (The Plaintiff)  is the registered proprietor of the mark ‘Forzest’ and has been using it since 2003 to sell its treatment for erectile dysfunction. The Defendant (DWD Pharmaceuticals), on the other hand, had applied to register its mark ‘Folzest’ in 2020 and has been using the mark at least since 2021 to sell multivitamins for pregnant women to lower the risk of pre-term birth.

Alleging that the Defendant’s use of the mark ‘Folzest’ is deceptively similar to its mark ‘Forzest’, the Plaintiff filed the present suit and also sought an ex parte interim injunction. The court prima facie agreed with the Plaintiff’s argument that ensuing confusion will cause irreparable harm to the general public and granted it the interim relief. (pdf)

The Defendant sought vacation of the ex-parte order arguing that the Plaintiff has concealed certain material facts from the court while seeking the above remedy.

The Defendant clarified that it is the proprietor of the ‘Zest’ family of marks, selling some 18 products under the marks which have ‘Zest’ as a predominant feature. The Defendant also asserted that it has, in fact, opposed a few of the Plaintiff’s previous marks which had ‘Zest’ as a component and that one of its marks ‘Ferizest’ was cited by the Registry in the Examination Report against the Plaintiff’s application for registering its mark- ‘Forzest’. The Defendant alleged that the Plaintiff concealed this from the court and thus obtained the ex parte order via misrepresentation.

Summed up in the phrase “a Plaintiff must come into equity with clean hands”, the doctrine of clean hands in the context of ex-parte interim injunctions expects the Plaintiff to be forthcoming about all the material facts, which may have a bearing on the court to make its decision on the application. (I have previously discussed this concept here.) The Court agreed with the Defendant holding that the Plaintiff should have disclosed all the above material facts and that “such concealment is sufficient to vacate the ad-interim ex-parte order of injunction granted in favour of the plaintiff.”  To deprecate such practices by others in future, the court imposed costs of INR 10 lakhs on the Plaintiff. However, it still confirmed the ex-parte order till the pendency of the suit, stating the prominence to the public interest..

In trademark disputes, the nature of the goods has a predominant role in defining the approach of the court to assess the ensuing confusion between the trademarks and the influence it may have on the choice of the consumers. Courts in the past have suggested to adopt a strict assessment of confusion between two competing marks for goods that are edible (see here) or that concern the safety of the consumers (see here at para 8). However, with regard to medicinal goods, the Supreme Court has opined that “Public interest would support lesser degree of proof showing confusing similarity in the case of trademark in respect of medicinal products as against other non-medicinal products”  and warned in favor of having an “exacting judicial scrutiny…because the potential harm may be far more dire than that in confusion over ordinary consumer products.”

In the present case, the Delhi High Court adhered to the Supreme Court’s precedent and opined that in medicinal goods public interest must be given prominence. It stated that even a remote chance of deception or confusion arising from the similarity in the marks is to be avoided and prevented as it may be disastrous for unwary customers. The court compared the competing marks and held them to be prima facie deceptively similar with the only difference being the alphabet “R” replaced by “L”.

The court also dismissed the Defendant’s defense that it had adopted ‘Folzest’ on the basis of its family of ‘Zest’ marks. The court held that  the Defendant cannot adopt a deceptively similar mark relying on its ‘family of marks’ when the Plaintiff’s mark has acquired goodwill. For this the court looked at the prior usage of the Plaintiff’s mark which has been in use since 2003 and has had substantial sales figures, and compared it with the Defendant’s product which, according to the Local Commissioner’s report has been in use since 2021. (more on this a few paragraphs below).

Thus, while the court agreed with the Defendant, that the Plaintiff suppressed material facts, in not so express terms it seems to have said that these facts were not material for the interim injunction application. One may ask then, what the point of getting into this argument of material immaterial facts was. Well to respond to that, the court in the order has stated “Whether with the disclosure of the above-mentioned material facts, the Court would have still granted the ad-interim ex-parte order of injunction or not, is not relevant and cannot absolve the plaintiff from the consequences of not making such disclosure of material facts.”

A Bundle of Confusion?

The whole suppression of material facts story also brings out two scenarios where the court should make an assessment of ensuing confusion in the present litigation. First, between ‘Forzest’ and ‘Folzest’ and second, regarding ‘Forzest’’s association with the ‘Zest’ Formative marks.

At the interim stage the court took a cautious public interest-oriented approach and injuncted the Defendant from using ‘Folzest’ on its product, but what about the genuine apprehension that the plaintiff by adopting a similar mark might ride on the coattails of the Defendant’s prior family of ‘Zest’ marks? As argued by the Defendant, it is the proprietor of ‘Zest’ marks since 1983 and is selling more than 65 different products and 18 of which bear “Zest” formative marks and it has consistently opposed the Plaintiff’s application bearing ‘Zest’ marks. Furthermore, as accepted by the court, the Plaintiff’s mark is a descriptive mark as it describes the nature of the product [Forzest = a pill to treat erectile dysfunction prepared by two words- “For” + “Zest” (feeling of enjoyment)] and is thus prohibited from registration under Section 9 (1)(b).

Stemming from this conundrum, the Defendant filed an application seeking rectification of the Plaintiff’s mark on the above grounds of ‘Forzest’ being descriptive and the Defendant being the proprietor of ‘Zest’ formative marks.  Finding prima facie merit in the challenge the court  framed the issue on the invalidity of the mark and adjourned the proceedings of the case for 3 months for the Defendant to apply for rectification.

It is very well appreciated that the court relied extensively on the public interest principle as recognized in Cadilla. However, I cannot help but think about this one hypothetical situation.  If the Defendant succeeds in revoking the Plaintiff’s mark, it can start reusing ‘Folzest’ for its products. Conversely, even if Plaintiff’s trademark is revoked, I doubt that with all the profit the Plaintiff has been making, it will stop using ‘Forzest’ mark despite revocation. Thus, isn’t there a strong chance that both products can be made available on pharmacy shelves again?  (unless there is a decision on passing off). Wouldn’t this defeat the purpose of applying the public interest principle in the first place i.e. to make sure that there is no confusion between the trade names of 2 medicinal products? There is a chance that the above apprehension may not translate to reality, however, what if it does? One way to overcome this situation is to consider the Supreme Court opinion in Cadilla case, where it opined that Drug Regulators should ask for public search reports from an applicant prior to granting permission to manufacture a drug under a specific brand name.