[The post is co-authored by Swaraj Barooah and Praharsh Gour] 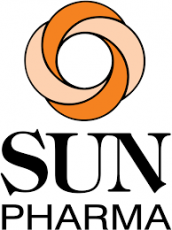 The past week saw the Delhi High Court passing two significant orders pertaining to medicinal trademarks and SEPs. We’re still going over the orders and hope to bring out a more detailed assessment of both of these orders in the near future, however, for the time being here’s a quick overview. As always, any additional details or thoughts from readers are welcome!

The matter pertains to the Defendant’s use of the mark ‘Folzest’ for multi-vitamin for pregnant women which lowers the risk of pre-term births. The Plaintiff had approached the court for an ex-parte injunction on the Defendant’s use of the above mark as the same was allegedly similar to its registered mark ‘Forzest’, which is used to treat erectile dysfunction in men. The court passed the ex-parte interim injunction in favor of the Plaintiff on May 19, 2022.

However, vide the order dated November 22, 2022, the court acknowledged that Plaintiff has not approached it with clean hands and has in fact suppressed material facts regarding Defendant’s ‘Zest’ formative marks and its own response to the First Examination Report. Regardless, emphasizing the need for a stricter test to assess the similarity between the marks of medicinal products, the court confirmed the above ex-parte injunction during the pendency of the suit (readers may recall Aparajita’s recent post on this issue, here).

The court nonetheless imposed Rs. 10 Lakhs as costs, on the Plaintiff, for suppressing material facts and also allowed the Defendant’s application for filing a cancellation petition against the registration of Plaintiff’s mark. Another interesting observation made by the court is that the doctrine of ‘family of marks’ is available only to a Plaintiff and not a Defendant and that the Defendant cannot adopt a deceptively similar mark on the basis of this argument, especially when the Plaintiff’s mark has been in long use.

In a noteworthy development in India’s SEP space, the Delhi High Court recently refused the request to pass an interim order regarding directions to the Defendant to deposit money with the court, holding that the agreement between the parties was on a counter-licensing basis and does not indicate admission by the Defendant of any liability towards the Plaintiff. The Plaintiff had alleged that the Defendant is using its SEPs and therefore had sought directions from the court for the Defendant to deposit an amount that would represent royalty at FRAND terms. However, the court, relying on the communications between the parties, refused to acknowledge that there was unequivocal admission regarding the subject patents to be SEPs or that the rate of royalty sought by Plaintiff was on FRAND terms. In particular, the court noted : –