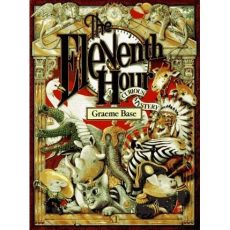 Of late we have witnessed multiple orders (see here, here and here)  from different High Courts wherein the courts, without touching on the merits of the case, have clarified the expectations from the orders of the Indian Patent Office (IPO). Usually, these orders concerned the lack of appropriate reasons and justifications in part of the IPO, while rejecting a patent application. In this tidbit, we shall discuss another order from the Delhi High Court where the court has asserted the responsibility of the IPO to make the applicant aware of all the grounds of objection before the hearing.

The case in hand concerns an IPO order wherein it rejected the patent application and has held that the Appellant was not able to satisfy it on the objections mentioned in the hearing notice along with objection u/s 3(f) that were conveyed at the time of the hearing.  The Appellant approached the High Court arguing that it is impermissible for the IPO to raise new grounds at the time of the hearing and relied on the decision of the High Court in  Otsuka Pharmaceutical Co. Ltd v. The Controller of Patents and on the circular titled “Examination of Patent Applications and Consideration of Report of Examiner by Controller” dated 21st September 2011 (covered for the blog by Rajiv here).  The court relied on para(s) I-L of the circular to hold that the Controller/ Examiner cannot raise new grounds of objection during the hearing and that doing so will violate the principles of natural justice and thus remanded the order, directing the IPO to issue another hearing notice with all the grounds and conduct the hearing afresh, without getting into the merits of the case.

If we look at the relevant excerpt from the Circular, that the court has relied on :-

“i. On receipt of the report and the ‘draft gist of objections’ from the Examiner, the Controller shall consider the report prima facie on the assumption that the Examiner’s report is exhaustive.

One can see that the IPO had plenty of opportunity to make a reference to the objection under Section 3(f) which it eventually did during the hearing. Furthermore, the objection under Section 3(f) which states that any application which is a mere arrangement or re-arrangement or duplication of known devices each functioning independently of one another in a known way, cannot be patented, prima facie seems to require an assessment of the application and the existing prior art. Thus, it is anything but odd to see the IPO coming up with the objection at the twelfth hour during the hearing and rejecting the application altogether.