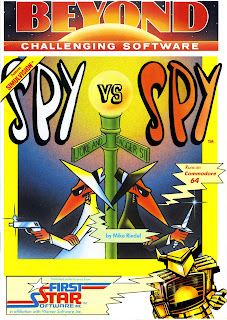 The ongoing case of Purolite vs. Thermax is yet another addition to the long litany of cases pertaining to the area of Trade Secret Protection. This one comes with an interesting cross-border aspect. Purolite, a world leader in the water treatment business has slapped a Corporate Espionage suit on the Indian held company Thermax. Both Companies engaged in similar areas of core competencies, it is alleged that Thermax instigated employees of Purolite to steal Intellectual Property that constitute vital Trade Secret of the 200 million Purolite Corporation.
Purolite states that the implication for the company as a result of this theft of its data is ‘catastrophic.’ Proceedings well underway in a Philadelphia District Court, Thermax is facing charges under the Computer Fraud Act and Racketeer Influence and Corrupt and Organizations Act.

This may be the darkest secret of corporate India. Several Indian companies are stalking B-school campuses and hiring students with the sole aim of gaining trade secrets of their rivals, reports CNBC-TV18.

Corporate Espionage, a popular theme with pulp fiction writers and makers of celluloid seems to playing out in real life in many a murky Corporate War. Theft of Trade Secret is a popular ploy (reverse engineering being the other) that firms employ to directly dent its competitors’ operations. Theft of Trade Secret carries a more serious import than a data theft or a database pilferage, there being a clear distinction between the three categories both in the of application of law and the implications. I refer to Shamnads’ post ‘Data base Protection in India for more clarity on the matter. .Theft of Trade Secret strives to conduct a predatory attack on what may be rightly construed as the nucleus of a business. This gets exacerbated in specific industries such as the pharma industry or ones that use proprietary technology that has been developed in-house.

The current strategy of perpetrating a Trade Secret theft is getting far more sinister as it goes. Hitherto, hackers were employed from the periphery to infiltrate company networks to poach and facilitate Trade Secret of competitors. As is the current trend, rookies are planted by rival companies who act as decoys to snoop and swoop on trade secrets. Hackers are passé. Rookies are in.!

A few bad apples are by no means a reflection of the Indian talent pool or its integrity quotient. Nevertheless it is a wake up call for India Inc.to work on its redressal mechanism to counter Trade Secret Theft, both from a domestic and internati0onal perspective. Due regard may be had to the fact that India is already on the USTR 301 list. Jayant , your post is brilliant and provides penetrating insights on the matter. Further having ruffled feathers on the Novartis issue, and now giving a no-no to Data Exclusivity pursuant to the Satwant Committee Report, it needs to come up with some prime bargaining chip(from whatever is left, if at all any) when the next round of Trade talks commence.

With weak legislations to counter theft of Trade Secret theft, it becomes increasingly important for companies to engage in internal restructuring of their networks and compliance systems to fortify the business against potential threats. The problem and solution lies within.
Matt Kolon, V.P, technology Operations in a recent article published in the Outlook Business magazine suggests a three pronged approach to plug vulnerabilities in internal networks that act as gateways for potential Trade Secret leaks.
1. Controlling Internet Access
2. Control User behaviour
3. Control access to internal resources.
Access Control is Key and access control costs money!

A heartwarming doggy analogy may help address the question of economic cost associated with trade secret protection (Besides with some of the Indian Courts resuming work after the summer break and key decisions awaited, we could all do with an infusion of humor in our lives):

What would be a judicious fencing cost that would be required to prevent your neighbor’s dog from messing up your hybrid blooms? A neat picket fence painted green built around your garden should suffice. A signboard is optional! You can’t teach the old dog new tricks and besides dogs can’t read signboards anyways! As much as it sounds absurd by any calisthenics of logic to build a dyke to protect your garden, so also the budget allocation for Trade Secret safeguards calls for congruity with company bottomlines.Simple economic rules apply. A risk- return; cost-benefit analysis could help determine an optimal standard of security that is to be employed. What the law expects of employers is that ‘reasonable precautions against disclosure’ was adopted by the employer to prevent data theft. It is not expected of employers to either do a Pink Panther or invest in the latest stealth technology.

Shaken but not stirred, the Axiom’ Trust but Verify’ is likely to resonate through the troubled corridors of Corporate India.