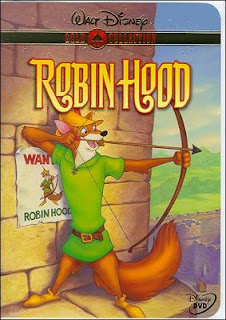 They say “charity” begins at home. If a recent news item is to believed, then CIPLA is doing exactly the opposite!!

It has donned the mantle of being a charitable messiah in parts of the world like Africa by supplying cheap AIDS medicines–whilst at the same time over-charging its Indian consumers!

The Hindu Reports that:

“Drug-maker Cipla has received a Government notice demanding Rs 24.23 crore, inclusive of interest for alleged overcharging by the company on antibiotic ciprofloxacin during the period April 2006 to March 2007.

In the past, Cipla has received notices from the National Pharmaceutical Pricing Authority demanding an estimated Rs 941.92 crore with interest, also for alleged overcharging by the company till March 2006 in respect of five drugs.

The drugs under the scanner for alleged over-charging are respiratory drugs Salbutamol and Theophylline; antibiotics, Ciprofloxacin and Norfloxacin; and cephalosporin-antibiotic Cefadroxil. The overcharging allegations have dogged Cipla for over five years.

Cipla had legally contested the Centre’s previous orders on overcharging saying, among other things, that the medicines in question were not under price-control.”

An earlier news item stated that CIPLA was charging Indians more than 150% of the price that it was charging in Africa.

“Anti-monopoly watchdog MRTPC has directed its investigative arm to probe the alleged overpricing of HIV drug ‘Viraday’ by Cipla.

Taking suo moto cognizance over advertisements brought out in various newspapers by an American NGO, the Aids Healthcare Foundation, the Commission has directed the Director General of Investigation and Registration (DGIR) to submit a report within 60 days.

The NGO alleged that Cipla is exporting its HIV/AIDS drug Viraday to African countries at just Rs 21,200 per patient a year while the same for Indian patients cost over Rs 54,000. According to sources in MRTPC, the anti-monopoly watchdog felt that the over 150 per cent price difference between Africa and India was unjustifiable and suspected it to be an unfair trade practice”

Over the years, CIPLA has carefully cultivated an image of a new age Robin Hood that steals from the rich to help the poor, by supplying them with affordable medicines. Unfortunately, these news item reveal that the ” rich” in this case are not limted to big pharma –but includes poor Indian consumers as well!!

Notwithstanding the “legalities” of the case, this is terribly damaging for the reputation of CIPLA. One has to wait and see if this media exposure and will force CIPLA to price charitably in it’s home turf.

This over pricing in India may also be “one” of the reasons why India’s HIV population have had such an abysmally low rate of access to ARV’s (anti retrovirals). Amongst the 2.5 million HIV patients (the numbers keep changing each year!!), only about 1 lakh (1,00,000) or so have access to HIV treatment!! India had no product patents till 2005. So clearly, we cannot resort to the oft easy and now fashionable patent “bashing” strategy to explain the low “access” numbers in India!

[Thanks to clarifications from Priti Radhakrishnan of IMAK, the following facts emerge:

2. As of this week, 1.05 lakh people are receiving ART (anti retroviral treatment) from the government.

3. The Indian ARV programme run by NACO (which provides free ARVs) purchases its ARVs at the lowest prices in the world — even lower than the “global lowest prices” quoted in MSF’s “Untangling The Web” document. CIPLA is one of the main suppliers to the government at this low price. CIPLA may therefore be charging the alleged high prices only to other outlets such as pharmacies and private hospitals.]

Patents certainly cause price rises. But the recent allegations against CIPLA may caution us that the mere existence of generics is not a sufficient guarantee of low prices–we need a vigilant price regulator as well. And to this extent, as an earlier SpicyIP post noted, a more active NPPA (National Price Control Authority) is a welcome trend.