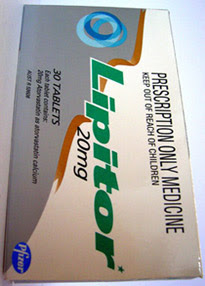 Taking a cue from the late Saddam Hussain’s (or is it Hossein to faithfully toe CNN’s line?) (in)famous phrase, “the mother of all wars”, it appears that the Lipitor patent challenge is being touted as “the mother of all patent challenges”. Pfizer’s Lipitor is a cholesterol-lowering drug and Ranbaxy’s bid to challenge Pfizer’s Dutch patent on basic lipitor (EP 247633) received a setback with the High Court in the the District Court judgment of 2006, byupholding the validity of the patent. Further, the judgment prevents Ranbaxy from launching its generic version before the Lipitor patent expires in November 2011.

The Lipitor patent which was granted on January 30, 1991, expired in 2007. However, Pfizer had obtained Supplementary Protection Certificates (SPCs) which extended the term of the patent to November 5, 2011. This judgment must be seen in the context of the bitter struggle involving the companies over the Lipitor patent in 17 countries. Ranbaxy though unsuccessful in US in 2005, tasted success in in 2007.

In 2007, a Spanish Court upheld Pfizer’s basic patent covering the calcium salt of atorvastatin, the active ingredient in Lipitor but invalidated a patent on a stabilized formulation that includes atorvastatin. This “mother of all patent challenges” is certainly worth observing for it could have several ramifications for Indian manufacturers.
The complete article is available here.