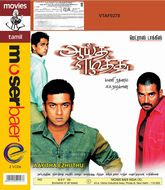 So we’re back to a pet SpicyIP subject (beyond the pharma buzz): home entertainment and the Moser Baer (MB) phenomenon. This time around, the optical disc manufacturer-turned-home video giant is in a tussle over alleged copyright infringement of its newly-expanded Tamil film titles’ list. Although the question right now is preliminary and primarily jurisdictional, it will be interesting to see whether similar issues get raised by rights-claimants in other non-Mumbai film industries.
What I gather from the latest HT report is that MB had petitioned the Delhi High Court against Movie Land, a Chennai-based film distribution company, over copyright issues. Movie Land then approached the Supreme Court seeking a transfer of the case to the Madras High Court, stating that MB had filed a petition in Delhi “just to harass it”. Movie Land has also alleged that MB “had been distributing many Tamil films through its network without its mandatory permission.” The Supreme Court in turn has sought a reply from Moserbaer as to why the case should not be transferred.

Movie Land claims to have limited copyright (exclusive VCD, DVD and LD rights) of more than 1,450 Tamil films, and has purchased copyright and negative rights from the film producers or from copyright holders for home video distribution.

That MB has been trying to expand its movie selection is old news. Indeed, on its home page, it claims that:
[It] will be the first pan-India company to offer Home videos in every popular language of India. It currently offers home video titles in Hindi, English, Tamil, Telugu, Malayalam, Kannada, Marathi, Gujarati, Bengali and non-film categories. Soon, it will be offering titles in Punjabi, Assamese, Oriya etc.

While MB might be celebrating its ever-expanding catalogue, this case, and an older case pending in Madras since March 2005 (according to the news report), seeking to restrain Modern Cinema and others from distributing some Tamil movies on CDs and DVDs, suggests that there is still trouble on the front.

It might be mere speculation, but I will not be surprised if MB is using strong-arm tactics against smaller players to achieve its lofty goal of becoming the first pan-Indian home entertainment company, etc. Forced acquisitions in what is an extremely disaggregated regional film industry would perhaps be the only way to go about this task. And yet, while this consolidation attempt might end up bridging linguistic/regional barriers, and MB may yet be applauded for playing pioneer (I love taking the macro-view, heh), sometimes one wants the underdogs to take it to the wire, just so as to be able to see a good fight.