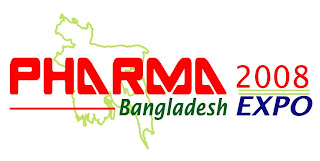 In a very incisive post, Mrinalini spoke about the scope of Section 107A of the Indian Patents Act, a provision dealing with the tricky issue of “parallel imports”. Does this provision present yet another business opportunity for our home grown generic companies? How does this implicate the mandate to grant the patentee an “exclusive right to import” under TRIPS?

I had discussed some of these issues with Joe C Mathew of the Business Standard some weeks back. Owing to a hectic travel schedule, I could not cover this earlier. Here are some excerpts from Joe’s piece:

“Domestic drug firms, which lost the opportunity to sell cheap versions of patented medicines after changes in the Indian patent law three years ago, may find the going good in Bangladesh.

Chances of technical partnerships in Bangladesh have brightened after it changed its patent law in an attempt to become a hub for manufacturing cheap copies of patent-protected medicines. The World Trade Organisation allows such medicines to be produced in least developed countries till 2016.

“This presents an exciting opportunity for the Indian companies. Since the passage of the 2005 Act, a number of companies have been concerned that their old business model of relying purely on generic sales cannot work as well. However, given that Bangladesh has a robust pharmaceutical base, they may think of setting up some of their operations there,” Shamnad Basheer, research associate, Oxford intellectual property (IP) Research Center, UK, said.

According to Bashir, the provisions for “parallel imports” in the Indian Patent Act allow import of medicines from any destination if the exporter of such a patent product is duly authorised under the law (of that country) to produce, sell or distribute the product. In other words, drugs manufacturers in Bangladesh could also use this to tap the market in India.

I am also including some quick notes that I had prepared for the interview with Joe below:

1. The Daily Star reported recently that Bangladesh amended its patent regime to remove pharma patents altogether!! It notes in particular that:

“A circular issued by the Department of Patent, Design and Trademarks in January said as per the TRIPS agreement all applications for patents of medicines and agricultural chemicals will be kept suspended until January 01, 2016. It said the previous applications as well as fresh applications relating to patents for medicines and agricultural chemicals will be preserved in a ‘mail box’ and will be considered after the expiry of the deadline.”

Although Bangladesh is an extremely poor country and qualifies under the UN as a least developed country, it has been granting pharmaceutical patents since 1911!

India on the other hand, cleverly removed pharma patents in the 1970’s. As most of us know, this policy regime was largely responsible for the creation and stunning growth of india’s generic pharma industry. Even after the signing of TRIPS in 1995, India did not immediately introduce pharma product patents. Rather, since it was a developing country, it availed of the 10 year window under TRIPS (unlike Brazil). It was only in 2005 that India finally changed its patent regime to grant pharma product patents.

Bangladesh, on the other hand, continued to grant pharma patents, although it was an LDC (least developed country) and entitled to a window upto the year 2016. The Bangladeshi government has now decided to follow in the footsteps of India and has now amended the patent regime to do what India did in 1970: i.e. remove pharma product patents! Of course, this is only till 2016—but that’s another good 9 years….

This presents a business opportunity for Indian companies. Since the passing of the 2005 act, a number of them have been concerned that their old business model of relying purely on generic sales cannot work as well. However, given that Bangladesh has a robust pharmaceutical base, they could think of setting up some of their operations there. And since there will be no longer be any pharma patents in Bangladesh, they can manufacture in Bangladesh without getting sued.

As of now, Bangladeshi companies are very strong in formulations—but it’s only a matter of time before they gain proficiency in API’s as well. By setting up base in Bangladesh, Indian companies could help Bangladesh industry acquire the skills necessary to make API’s. If things work well, the Bangladeshi industry coulds become as storng as the Indian industry and begin competing in the generic markets such as the EU and US.

Apart from the industrial benefits for Indian companies and for Bangladesh in general, MSF and other NGO’s fighting for greater access to affordable medication will be happy with this development. India was, till recently, the hub for manufacture of affordable generics. Many worried that with India shifting to a product patent regime in 2005, the generic supplies to poor countries like Africa would dry up. Given the recent change in patent law in Bangladesh, Bangladesh could become the next hub of generic drug manufacture.

What is interesting in this whole debate is that Indian companies could exploit a provision in the Indian patent act to supply even the Indian market with affordable drugs. Lets take the example of Tarceva, an anticancer drug, which is under litigation before the Delhi High Court. CIPLA claims that the drug is sold at very expensive rates in India and that this is a public health problem. If CIPLA is injuncted (at the final stage) by the Delhi High court and cannot sell in India, it could cleverly relocate its operations to Bangladesh and begin exporting the drug out to India. This way, Indian consumers could avail of this cheap drug. You may ask: will this “import” into India not constitute a patent infringement under the Indian patent Act. No—a careful reading of India’s patent act will show that this is not the case:

Before the 2005 amendments to India’s patent act, section 107A (b) provided that it was not an infringement to import a patented product, provided such import was from an exporter, who was ‘duly authorised by the patentee to sell or distribute the product’. In other words, under the old regime, unless CIPLA obtained permission from Roche, it could not import Tarceva into India.

The 2005 Act however very cleverly amended section 107A(b). Under the new provision, CIPLA can import Tarceva even without the permission of Roche.

The new Section 107A(b) dispenses with the authorisation required from the patentee – it only now ony requires that the exporter of such patented product (i.e CIPLA or its partner in Bangladesh) be “duly authorised under the law to produce and sell or distribute the product”. “Duly authorized under the law” is very different from “duly authorsied by the patentee”.

Illustratively, a simple authorization from the drug controller authority in Bangladesh will qualify CIPLA or its partner as “duly authorized” under Bangladeshi law.  It does not need to separately get permission from the patent owner.

The question is: will Indian companies exploit this opportunity? More importantly, if they use this provision, will the MNC’s ask their home governments to drag India to the WTO for a violation of TRIPS. It is not clear if this provision (107A(b) is in compliance with TRIPS. I deal with this issue in a paper of mine published in the Indian Journal of Law and Technology in 2005. I extract some of the portions below (with some additions)…

“In essence, Art 28 of TRIPS states that a patent shall confer on its owner the exclusive right to “prevent third parties not having the owner’s consent from the acts of making, using, offering for sale, selling, or importing” a patented product.

The footnote to the word “import” in this Article states that: “This right, like all other rights conferred under this Agreement in respect of the use, sale, importation or other distribution of goods, is subject to the provisions of Article 6.”

Article 6 of TRIPS states, in pertinent part, that “…nothing in this Agreement shall be used to address the issue of the exhaustion of intellectual property rights”.

The meaning of Article 6 is made clear by Article 5(d) of the Doha Declaration which states: “The effect of the provisions in the TRIPS Agreement that are relevant to the exhaustion of intellectual property rights is to leave each member free to establish its own regime for such exhaustion without challenge …”

However, the above hypothetical example of an Indian company setting up base in Bangladesh does not involve an ‘exhaustion’. There is no first sale of the patented drug by the patentee – rather the drug is manufactured and then exported by a third party. In short, the very essence of an exclusive right to “import” mandated under Article 28 of TRIPS is affected. Consequently, the parallel import provision in India (section 107 A (b)) be seen to violate Article 28 of TRIPS.”

It also bears noting that section 48 of the Indian Patents Act requires that the exclusive right to “import” of a patentee be protected. And section 107 A (b) hits at the very essence of this right. If this ends up being litigated before an Indian court, a judge may perhaps construe section 107 A (b) and section 48 harmoniously to require a patentee’s permission before exporting patented drugs manufactured by 3rd party from Bangladesh to India. But then, such an interpretation will run the risk of rendering the amendment to section 107A redundant. The judge reaches a result similar to what prevailed under the earlier section 107A–i.e. it was not an infringement to import a patented product, provided such import was from an exporter, who was ‘duly authorised by the patentee to sell or distribute the product’.

Perhaps some of our readers might have insights into how we ought to resolve this interpretative conundrum. This provision is certain likely to trigger off some legal battles and spicy posts in the months ahead.