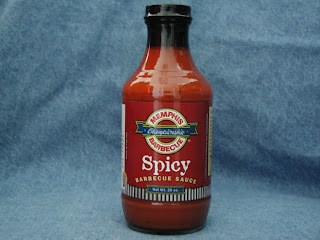 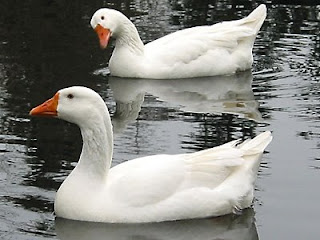 We had blogged on the compulsory licensing (CL) implications of the recent Roche vs CIPLA judgment here and here.

While Roche may fret and fume about the judgment and how it effectively grants “compulsory licenses” to infringers such as CIPLA, it may well turn out to be the beneficiary of a compulsory license in the US! Readers will recollect our earlier post on the US position on temporary injunctions. We reproduce bits of that as background for those not familiar with the US position:

“Another landmark patent case that reforms US patent law to a considerable extent is “Ebay vs Merck Exchange”. This case by the Supreme Court came down heavily on the CAFC (Court of Appeals for the Federal Circuit) practice of grating injunctions in patent cases routinely, and almost as a matter of right. The Supreme Court held that an injunction in a patent case is not automatic but is dependent on the facts of each specific case. It is no different from injunctions in other cases, and can issue only if four conditions are satisfied:

1) that it has suffered an irreparable injury; (2) that remedies such as monetary damages, are inadequate to compensate for that injury; (3) that, considering the balance of hardships between the plaintiff and defendant, a remedy in equity is warranted; and (4) that the “public interest” would not be dis-served by a permanent injunction.

For an excellent discussion on the judgment, see this post from the leading patent blog in the US, Patently-O.”

Subsequent to this case, in several electronics and IT cases, US courts have not granted injunctions, but only damages. Illustratively, see this note on a decision, where Microsoft benefited from the eBay rule. As one can appreciate, this operates very much like a “compulsory license” and if applied to pharma, would greatly favour the generic companies.”

Well, it now turns out that in an infringement suit filed by Amgen against Roche in relation to its patented blockbuster Epogen, Roche itself is asking for what would effectively amount to a judge made “compulsory licensing” order.

As readers may be aware, Epogen has created much controversy (remember Lance Armstrong) and much jurisprudence in biotech patents–given the rounds of litigation that it engendered. For those of you blessed with an ample dose of patience, I had written a rather tryingly long and elaborate piece about one such patent litigation in the UK (which made it all the way to the House of Lords) in this article here.

Effectively Roche’s claim is that Mircera (its “follow on” biologic version of Epogen) is more beneficial to patients (less dosing) and that therefore under the “public interest” test, there ought to be no injunction in favour of Amgen. We reproduce extracts of this from a Reuters news item:

“A U.S. District Court jury in Boston found in October that patents on Amgen’s anemia drugs were valid and that Mircera, which is approved for treatment of anemia in kidney disease patients, infringed three of them.

But U.S. District Judge William Young has declined to issue a permanent injunction barring sales of Mircera in the United States and has said he may instead impose a licensing deal allowing Roche to launch its drug — which is administered less frequently than Amgen’s Epogen and Aranesp — if certain terms were met.

Although Amgen prevailed in the patent case, a compulsory license is a possibility following a 2006 U.S. Supreme Court decision in eBay vs. MercExchange that weakened the powers of courts to issue injunctions barring firms from using infringing technology.

Judge Young has said it may not be in the public interest to ban Mircera sales and Roche agreed last week to his suggested conditions for a license, including the payment of a 22.5 percent royalty to Amgen and a Medicare sales price below that of Epogen.

In the order, Young said he “continues to grapple with complex issues related to Amgen’s request” for a permanent injunction and ordered the appointment of a “special master” to make recommended findings regarding price parity, as well as the dose conversion ratios for Mircera and Epogen.

The judge’s action “indicates he is considering a Mircera launch despite Amgen’s arguments regarding the damage that not issuing a permanent injunction can cause to the U.S. patent system,” Citigroup analyst Yaron Werber said in a research note.”

For a more sophisticated and nuanced discussion on this case, see Kevin Noonan’s excellent post at Patent Docs, a leading US IP blog.

The verdict is not out as yet–and we are not sure if Roche will end up getting this CL order in the US. However, given its conduct in the US, it’ll be interesting to see the kind of public posturing that Roche adopts in India. Will it readily acknowledge that “what’s sauce for the goose is sauce for the gander”?

And what about our readers here? What do you think? Are we happy with the fact that what Indian courts are doing are not that radical, but resonate with the position of courts in the most patent friendly nation, the US. Or will some of us exclaim: but two wrongs don’t make a right!!

Which brings us to the question: is the grant of a judge made CL wrong in law or from a policy perspective? Will this seriously impact the innovation incentives of pharma R&D companies? I’m not entirely sure of the answer, but will try and engage with this discussion in the coming days. In the meantime, here is an interesting conversation I had with a very clever commentator, who raised a very interesting question in response to my last post (see “comments” section of this post). His question was: given the Delhi High Court ruling that denied the right to an injunction owing to the price differential, will big pharma have to start acting like charities in order to avoid similar rulings? My response (not an entirely satisfactory one–as I am still struggling with some of these issues) is below:

“You ask: Do pharma companies have to be run like charities here? Not sure how a CL regime would impact the pricing of big pharma. I’m guessing it would cause a lot of them to bring down their prices in India. Or come to terms with a CL regime, where generics manufacture their drugs and pay them royalties. Given that their worldwide pricing strategy has been far from optimal (where drugs are priced irrespective of the countrys paying capacity), this might be a good thing. Will they recoup the money in R&D? The Indian market is not that big–so no question of a CL regime seriously impacting their bottomline or compromising global R&D in a serious way. Either they lower prices, in which case, they sell more drugs in India (in most cases at least). Or if they continue with high prices, they run the risk of a judge ordered CL–but in this case, they at least get royalties from CIPLA (unless at the final stage, the judge holds the patent to be invalid). So they still make money in India…and to this extent, your”charity” comparison may be far fetched..

Let me also refer you to a paper by Colleen Chien of Santa Clara, where she demonstrates that CL orders in the US never really impacted innovation in any significant way. See “Cheap Drugs at What Price to Innovation: Does the Compulsory Licensing of Pharmaceuticals Hurt
Innovation? 18 Berkeley Technology Law Journal 853 (2003)”.

So here again, lets look at numbers and evidence before we begin to resort to a faith based: this will harm the innovation incentives of big pharma, who find that they have to be run like charities…..”