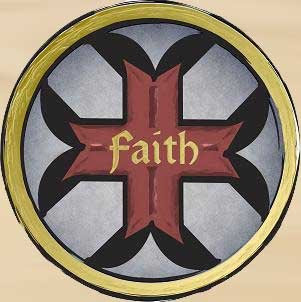 As many of our readers know, today is the World Intellectual Property Day, a day that was first marked 8 years ago by WIPO as an occasion to commemorate and celebrate “not only the enormous power of human creativity, but also the intellectual property rights that help to fuel and channel it, making it such an important driving force for economic, cultural and social development.”

SpicyIP wishes to celebrate this special day with all its readers, who have done so much to participate in our mission to debate IP events/cases/policy in a dispassionate and objective manner (at least as best as we can).

Comments (both public and personal) have really helped enhance our understanding and appreciation for the complex IP issues that continue to challenge India. And contributed in no small way to our desire to increase the level of transparency in intellectual property debates in India.

To commemorate this special day, SpicyIP wishes once again to reiterate its call to the government of India and the various IP stakeholders in India (including the public at large) to move away from a rhetorical and “faith” based IP model to a “fact” based IP model.

We had already touched on this theme in some of our posts, most noteably the Bayh Dole post, where the government mission to blindly transplant the Bayh Dole Act from the US seemed more a “faith” based mission than a “fact” based one. There were no studies conducted to determine the current nature of university research, university IP policies, university-industry interactions etc.

Let me stress again that we are not opposed to the noble intent underlying this bill i.e. to help move technology and research from the university to the market. However, the complete lack of transparency with which this is being pushed forward in what is supposedly the world’s “largest democracy” is shocking, to say the least.

Once again, on this “World IP” day, we appeal to the government to open this bill up for healthy public discussion and debate. And to make available a copy of this bill for public comments at the earliest.

In order to commemorate the World IP Day, OPPI, along with Nasscom, organised an IP event in New Delhi yesterday, where I spoke.

This workshop saw some wonderful presentations from some very big names in the field. Ranga Iyer (President, OPPI and Managing Director, Wyeth) and Tapan Ray (Director General, OPPI) set the tone for the papers to follow by stressing on the importance of incremental innovations. Ranga effectively demonstrated how we cannot rubbish all incremental inventions as mere “evergreened” products and cited real world examples of incremental inventions that provide tremendous value to society.

Naresh Nandan Prasad, Joint Secretary, Department of Industrial Policy and Promotion (clearly one of the most well read and sophisticated government officials on intellectual property) stressed that one cannot assess the success or failure of the new Indian patent regime–as it is too soon to tell. The regime changed to grant pharma product patents only in 2005, and the first spate of patents are just beginning to be granted and litigated. We ought to therefore give it some time before being generous with our doling out of bouquets and brickbats.

DG Shah, Secretary General, IPA (Indian Pharma Alliance) had some very impressive slides on “facts”, figures and numbers on drug patents, sales, pricing etc. He stressed that the most patent friendly nation in the world, the United States is now re-calibrating its approach to ever increasing IP protection. He noted that a book by Adam Jaffe and Josh Lerner titled “Innovation and Its Discontents: How Our Broken Patent System is Endangering Innovation and Progress” was in some way responsible for this new thinking in the US.

I brought to his attention a more recent book on this theme, by James Bessen and Michael Meurer titled “Patent Failure”, that is more well researched in terms of the numbers and data. For those interested in a preview version of their book and its key conclusions, see this post in the world renowned “Patently O” blog. Whether or not we agree with their figures and conclusions, SpicyIP welcomes the introduction of more numbers, figures and facts into this debate. Certainly a better footing upon which to frame policy than to rely on blind “faith” or “common sense”.

Swati Piramal, Director, Nicholas Piramal, and one of the most creative users of multimedia, showed a video of an interview in 2005, where Yusuf Hamied of CIPLA emphatically stressed to Karan Thapar of CNBC that the Indian patent regime would result in a “genocide” within the next couple of years!! She ended her presentation by asking whether India had seen any “genocide” as predicted. I am trying to get my hands on this video and will post it soon.

Prabuddha Ganguly (of Vision IPR), a noted patent expert from India spoke of the various knotty issues in our patent regime. He argued persuasively that we need to iron out some of the drafting creased in India’s new patent regime in order to make it work more smoothly.

The last session had Dr Stephen Smith (of Nupharm), a patent expert from the UK, and me speaking on “challenges and dilemmas on IPR”. Steve had a very interesting presentation that pointed to some of the most thorny interpretative issues in the current Indian patent regime. I’ve interacted with Steve in the past and know him as one of the most moderate faces from industry. Importantly, Steve is also a big fan of “evidence” or “fact” based IP research.

During the course of my presentation, I stressed upon the fact that we ought to move away from a “faith” based IP model to a “fact” based one. To illustrate my point further, I used two of the most controversial patent cases in India today, the Novartis (Glivec litigation) and the Roche vs CIPLA litigation. While the Novartis case saw headlines from one camp that could best be characterised as shrill rhetoric, ranging from “patents would kill” to “we will defy patents to save lives”, the Roche case saw similar emotional rhetoric from the other camp that ev0ked misleading terms such as “patent busting” and “patent theft” to describe the judgment.

I argued that in a “fact” driven world, we have to appreciate that the Novartis case involves a very technical patent question: is the new polymorph patentable or not? If it is patentable under our current patentability standards, then we must grant it a patent, irrespective of how the patent is likely to be used. At the stage of granting a patent, there is likely to be no product at hand, and one is not certain whether not the grant is likely to result in a proper use or an abuse of the patent in question.

Much like a knife which could either be used for cutting an apple or for killing someone, a patent could be either put to good use or bad. If perchance a patent right is “abused”, such as the patentee charging excessively high prices, there are safeguards in our legal regime to guard against this, such as compulsory licensing, price controls etc. But to deny the grant of a patent to an invention worthy of protection on the ground that it is likely to misused is flawed policy–on that count, the argument could be reduced ad absurdum to suggest that India ought not to grant patents to any invention at all–in much the same way as arguing that the sale of knives should be banned altogether!!

SpicyIP had earlier reported on a news item, which stated that the Drug Action Forum in Karnataka was calling for a boycott of Novartis, unless they withdrew their case!! SpicyIP responded to this call for boycott by noting that:

“Shouldn’t the case be permitted to run its course? What credibility would we have left as a country if we introduce terms such as “efficacy”, not known to any other patent regime, and then expect interested stakeholders to desist from taking up the issue before courts in the hope of gaining some clarity on how such terms are to be interpreted?”

In other words, the Glivec case involves a very technical patentability issue, centering around section 3(d)–a statutory provision that is new to India and the world. How can we expect a patent applicant to refrain from challenging what is essentially a non speaking patent office order that does not bother to spell out as to how Novartis fails the test under section 3.d?

Similarly, in the Roche case, the assumption that patents are sacrosanct property rights that cannot be derogated from, is completely misplaced. Readers will recollect an earlier post reproducing excerpts from an article in the Indian Express, where I concluded by suggesting:

“….one is not certain at this stage if the Roche patent over Tarceva is a valid one or not. Prior to a final decision on this count, deploying adjectives such as “patent busting” or “patent breaking” to describe the Delhi High Court order smacks of ignorance. If at all anything has been “busted”, it is the notion that patents are sacrosanct monopolies that cannot be derogated from. Most patent scholars today readily agree that patents are nothing more than a statutorily granted right by the state in exchange for the useful disclosure of scientific information. As with other statutory rights, they can be derogated from, when “public interest” so demands. Sophisticated patent policy requires a careful balancing of innovation imperatives through patents against other competing and perhaps more important interests, such as the right to health. And it is this delicate balance that Justice Bhat strives for and achieves in his judgment — a judgment that will no doubt go down in the annals of history as representing a milestone in Indian patent jurisprudence.”

To conclude this note, the main purpose of which is to commemorate the World IP day, SpicyIP wishes to reiterate its call to move away from rhetoric and demand more “facts” and numbers. Certainly a better way to build IP policy around than to rely on our innate sense of what is right or wrong. Or to rely on a much bandied about term: “common sense”.

Some of the best literature on intellectual property challenged prevailing notions of “common sense”. Interestingly, in a landmark decision (Harvard College v Commissioner of Patents (2002) SCC 76), which denied the grant of a patent to a genetically engineered mouse, the Canadian Supreme Court relied on common sense to draw the line between higher life form patents (such as mice) and lower life forms (bacteria, microbes etc). In other words, they fell back on “common sense” to justify their decision to ban patents on higher life forms such as the mouse, when previous Canadian decisions had affirmed the grant of patents to lower life forms such as bacteria etc.

In a telling couter, dissenting judge, Justice Binnie quipped: “With respect, there seems to be as many versions of “common sense” as there are commentators”!!

Similarly, in the context of pharmaceutical patent debates, we have to appreciate that MSF’s notion of “common sense” is very different from that of Roche’s. In order to make for more optimal policy making, we need to be fairly skeptical of both their claims on intellectual property and begin demanding more numbers and facts.