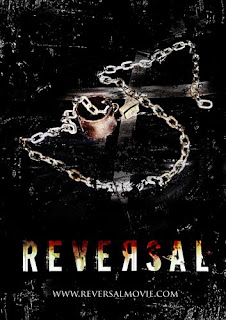 Not content with having created its own law by ruling that “excessive pricing” can be used to reject a patent, the IPAB was at it again.
On the 13th of July, in a remarkable development for intellectual property law, the IPAB suspended the operation of Ramkumar’s patent! And much like the Madras High Court reported earlier, it did so very crytically in a one para order that reads as below:

“Counsel for the applicant present. Despite service of notice in M.P. Nos. 11 & 12/2009, none appeared on behalf of the respondent. Interim stay of operation of registered patent No. 214388 granted till September, 2009. Let the matter be posted for hearing in the month of September, 2009. The Registry is directed to issue notice of hearing to both the parties. Accordingly, M.P. No. 11/2009 stands disposed off.”

This order was in relation to a revocation petition filed by Spice Mobiles Ltd before the IPAB against Ramkumar’s patent. A similar revocation petition by Samsung is also pending before the IPAB. The petitioner prayed that since the final order (either validating or invalidating the patent) may take a while, the IPAB pass an interim stay against the operation of the patent.

And even if under some stretch of the court’s powers under the CPC, it might be permissible for a “court” to order a broader suspension of the “operation of a patent”, it is a huge stretch to assume that the IPAB, a mere tribunal vested with the power only to decide on “validity” issues, can do so. Matthews George, an NUJS student who has guest blogged with us earlier will soon bring you a detailed post on the legality or otherwise of the IPAB order.

As we’ve been stressing on this blog, Ramkumar’s patent is questionable and his case a very weak one. However, this order might be one instance where the law might favour him. We can expect an appeal from him to the High Court, challenging the legality of such a revolutionary order by the IPAB.

Clearly, the IPAB is on a roll….and unless it reins itself in and thinks through its orders, it is likely to notch up a record number of “reversals” from the High Courts. And more importantly, it could come under some serious scrutiny from the government.