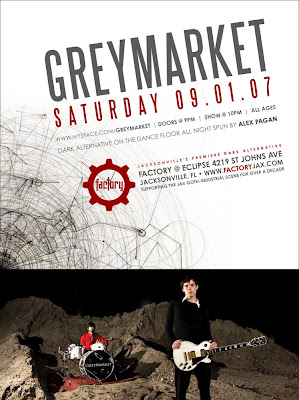 Sai Deepak did an excellent post capturing the essence of a recent judgment by Justice Muralidhar (of the Roche vs Cipla fame). While the judgment got it right in several places, and will come as music to the ears of patentees, who’ve so far been at the receiving end of the Indian judiciary, it loses out on a fabulous opportunity to clarify the scope of section 107A(b), the section dealing with parallel imports.
As many of you may recollect, this section triggered some heated discussion on this blog. And thanks to the fireworks, both Mrinalini (someone we miss dearly miss on this blog) and me were inspired to do a full length piece on this section. We ended being a bit prescriptive–some may say, too prescriptive, as we went on to suggest an amendment to section 107 that almost ran into two pages! The bard for whom brevity was the soul of wit would have surely turned in his grave.

Anyway, let me take you through our piece to highlight the various interpretative problems inherent in section 107A(b). Hopefully, this background would help one in appreciating how the Delhi High Court failed to used this occasion to clarify the scope of section 107A and to set right its interpretative potholes.

I quote from our article:

“Section 107A(b), in its current form, exempts from infringement an “importation of patented products by any person from a person who is duly authorized under the law to produce and sell or distribute the product”.

A literal reading of section 107A(b) suggests that even the “first sale” need not be authorized by the patentee.

Consider our earlier hypothetical involving Tarceva, an anticancer drug [patented by Roche], which is under litigation before the Delhi High Court. Let us ….assume that that Cipla is restrained (at the final stage) by the Delhi High court and cannot sell [Roche’s patented drug] in India. Cipla now asks its Bangladeshi partner, Beximco Pharmaceuticals Ltd., to manufacture the drug in Bangladesh.

It then imports the drug into India. It bears noting that Bangladesh is a least developed country (LDC) and therefore has time till 2016 to implement product patents in pharmaceuticals. Consequently, any manufacture, use, distribution and sale of the drug within Bangladesh does not amount to a patent infringement in Bangladesh.

Under the old regime (prior to 2005), which required any import to be “duly authorized by the patentee”, Cipla could not legally import Tarceva into India if the seller (in Bangladesh) was not authorized by Roche to sell or distribute Tarceva in Bangladesh. Under the new provision however, one could argue that Cipla can import Tarceva even without the permission of Roche. It has to only comply with the condition that the exporter of such patented product (eg. Beximco) be “duly authorised” under the law [Bangladeshi law] to produce and sell or distribute the product”.

We then go on to highlight how such a reading may detract from the exclusive rights of a patentee under section 48 of the Indian Patents Act, as also risk contravening the TRIPS mandate to provide certain minimum rights to a patentee. Given these concerns, we suggest as below:

…. in order to harmoniously construe section 107A(b) with section 48, the term “patented product” could be interpreted to mean a product patented in both the exporting country (Bangladesh in our hypothetical) and the importing country (India).

This interpretation does not detract unduly from the patentee’s exclusive rights under section 48, complies with TRIPS and fits well within the overall framework of the section. Also, this interpretation furthers Parliamentary intent i.e. to permits international exhaustion and the buying of low priced patented goods, once the patentee has already sold them anywhere else in the world.

In the light of the above, we argue that a judge is likely to interpret the term “patented products” in section 107A(b) to mean products patented in the “exporting country”.

However, one point that we did not elaborate upon in our article (and one which Sai bought to my attention) is whether or not the patent could be held by separate entities in the two countries. In other words, assume that Tarceva is patented by Roche in India and by a domestic Chinese company (such as Wuxi Apptec) in China. Let us also assume that since China follows a “relative” novelty test, it was able to grant a patent in favour of Wux , despite Roche’s patent in most other countries.

The facts of Strix Limited v. Maharaja Appliances comes close to such a scenario:

i) The plaintiff, Strix Limited has an Indian patent covering a kettle with two sensors to prevent overhearting.
ii) The defendant initially purchased kettles from the plaintiff. However, it later stopped its purchases from the plaintiff and began importing similar kettles from a supplier in China.
iii) The defendant argues that there is a separate Chinese patent covering such kettles in the name of the Chinese supplier.
v) The plaintiff counters by arguing that the defendant has no offered no proof of the suppliers name or its patent. On the contrary, the plaintiff alleges that it owns a valid patent in China and that it has already taken action and restrained certain Chinese infringers.

Justice Muralidhar held in favour of the plaintiff as below:

Does the above statement mean that Justice Muralidhar would have absolved the defendants of infringement, had they adduced proof of a separate Chinese patent covering the kettle? Unfortunately, the judge is quite cryptic on this count and misses a great opportunity to tease out the interpretative problems inherent in section 107A(b).

Even assuming the judge implicitly endorsed the interpretation offered by our paper (that “patented product” in section 107A meant a product that was covered by patents in both the country of export and the country of import), he still fails to answer the following issue: If the patent in China is held by a person who does not derive title from the Indian patentee (Strix in our case), the patent right has not really been “exhausted” by a first sale in China and Strix has not benefited from such sale. Perhaps the best option then is to interpret “patented product” as a product patented by the same entity (or someone deriving title from such entity) in both the countries? Would such an interpretation best reflect what Parliament intended?

Unfortunately, there is no clarity for the moment…and the Delhi High Court judgment fails to illumine on this count.