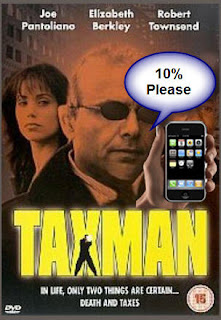 Shamnad recently sent me this most interesting article by S. Murlidharan in the Hindu Business Line on the topic of taxing of royalties earned by authors of books that are of a literary, artistic or scientific nature. The article inspired me to have a quick look at one of the most fascinating and complex legislations – the Income Tax Act – a legislation which has sent shivers down me spine for more than one reason.

Murlidharan’s article focuses exclusively on the topic of deductions covered under Chapter VIA of the Income Tax Act, 1961. This Chapter which is titled “Deductions to be made in computing total income” outlines the various deductions that may be made by an assessee while computing his total taxable income. For example if your net income is Rs. 5 lakhs out of which Rs. 3 lakhs has been earned from sources which qualify for deductions under Chapter VIA of the Income Tax Act then in that case your net taxable income would be Rs. 2 lakhs. Your tax liabilities will therefore be calculated on Rs. 2 lakhs instead of your net total income of Rs. 5 lakhs.

Chapter VIA has three interesting provisions pertaining to intellectual property:

(i) Section 80QQA – Deductions in respect of professional income of authors of text books in Indian languages;

Under this provision of law “any income derived by [the author] in the exercise of his profession on account of any lump sum consideration for the assignment or grant of any of his interests in the copyright of any book, or of royalties or copyright fees (whether receivable in lump sum or otherwise) in respect of such book, there shall, in accordance with and subject to the provisions of this section, be allowed, in computing the total income of the assessee, a deduction from such income of an amount equal to twenty-five per cent thereof.”

Therefore if the total income is Rs. 100 lakhs the assesee may make an automatic deduction of Rs. 25 lakhs and calculate his tax liabilities only on Rs. 75 lakhs.

A sub-clause of the same provision requires either of the two conditions to be fulfilled for the deduction to be made:
(i)that the book in question be in the nature of a dictionary, theasarus, encylopedia or any other book prescribed by an university for a degree or post-graduate degree.
(ii)that the book is written in any language specified in the Eighth Schedule to the Constitution or any other language that the Government thinks necessary to promote. The Eighth Schedule to the Constitution of India lists the 22 languages, from all four corners of India, that may be treated as the official languages of different States.
Click here to access the Constitution of India. 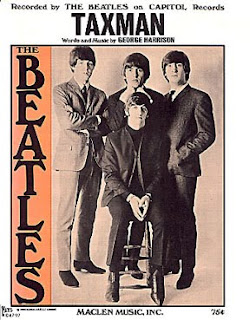 Article 348 of the Indian Constitution clearly states that all proceedings in the Supreme Court, the High Courts, all legislations introduced in Parliament and State Legislatures shall be in English (of course this provision is followed by another provision which states that the same may be done in Hindi or any other language so notified by the Government).
Image from here.
So I guess it would only be fair to conclude that English is an Indian language and that authors of English text-books would qualify for the deductions under this provision.

(ii)Section 80QQB – Deductions in respect of royalty income, etc., of authors of certain books other than text-books:

Under this provision of law any income derived by an author “in the exercise of his profession, on account of any lump sum consideration for the assignment or grant of any of his interests in the copyright of any book being a work of literary, artistic or scientific nature, or of royalty or copyright fees (whether receivable in lump sum or otherwise) in respect of such book” may be deducted in the manner prescribed under this clause.

As per this clause the assessee, if receiving through royalties or copyright fees, may claim a deduction of either Rs. 3 lakhs (if the payment is a lump-sum) or 15% of the value of all the books sold in the previous year (if the royalties are being received yearly), whichever is lesser.

An Explanation to the Section clearly excludes several works from the purview of this section namely: “books shall not include brochures, commentaries, diaries, guides, journals, magazines, newspapers, pamphlets, text-books for schools, tracts and other publications of similar nature, by whatever name called;”

(iii)Section 80 RRB – Deduction in respect of royalties on patents:

Under this provision if in case a patentee’s “gross total income of the previous year includes royalty, there shall, in accordance with and subject to the provisions of this section, be allowed a deduction, from such income, of an amount equal to the whole of such income or three lakh rupees, whichever is less”. Although the IT Act does not define a ‘patentee’ it is safe to assume the definition adopted by the Patents Act, 1970 which states that a ‘patentee’ means the person for the time being entered on the register as the grantee or proprietor of the patent. A patentee can therefore be different from the true and first inventor of the invention.

In conclusion I would say that while these deductions may not make a difference to the big players they may have the potential to act as incentives for the small and medium players be it authors or small enterprises. Even then Rs. 3 lakhs may be considered to be much to small a deduction. It would be interesting to see whether even artists and performers are able to lobby for similar provisions, especially artists performing the endangered arts.

For an interesting article on the topic of IP royalties and taxation please click here.

In the meanwhile we wish all our readers a Happy and Prosperous 2010. Party Hard, Party Safe! Don’t drink and drive!