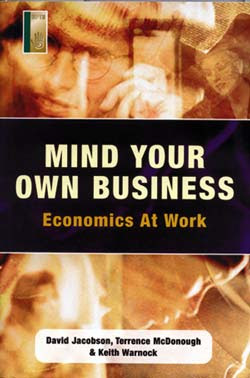 Tis that time of the year again! The US once again revels in its rather arrogant and high handed Special 301 mantle by condemning IP regimes that don’t quite look like their own. Pay homage to this years’ 301 report which reads thus for India:
India

India will remain on the Priority Watch List in 2010. India continues to make gradual progress on efforts to improve its legislative, administrative, and enforcement infrastructure for IPR. India has made incremental improvements on enforcement, and its IP offices continued to pursue promising modernization efforts. Among other steps, the United States is encouraged by the Indian government’s consideration of possible trademark law amendments that would facilitate India’s accession to the Madrid Protocol.

The United States encourages the continuation of efforts to reduce patent application backlogs and streamline patent opposition proceedings. Some industries report improved engagement and commitment from enforcement officials on key enforcement challenges such as optical disc and book piracy. However, concerns remain over India’s inadequate legal framework and ineffective enforcement. Piracy and counterfeiting, including the counterfeiting of medicines, remains widespread and India’s enforcement regime remains ineffective at addressing this problem. Amendments are needed to bring India’s copyright law in line with international standards, including by implementing the provisions of the WIPO Internet Treaties. Additionally, a law designed to address the unauthorized manufacture and distribution of optical discs remains in draft form and should be enacted in the near term.

The United States continues to urge India to improve its IPR regime by providing stronger protection for patents. One concern in this regard is a provision in India’s Patent Law that prohibits patents on certain chemical forms absent a showing of increased efficacy. While the full import of this provision remains unclear, it appears to limit the patentability of potentially beneficial innovations, such as temperature-stable forms of a drug or new means of drug delivery. The United States also encourages India to provide protection against unfair commercial use, as well as unauthorized disclosure, of undisclosed test or other data generated to obtain marketing approval for pharmaceutical and agricultural chemical products. The United States encourages India to improve its criminal enforcement regime by providing for expeditious judicial disposition of IPR infringement cases as well as deterrent sentences, and to change the perception that IPR offenses are low priority crimes. The United States urges India to strengthen its IPR regime and will continue to work with India on these issues in the coming year.”

The language this year is of course far more tempered (“we encourage you to remove section 3(d), so that faltu patents by Pfizer can be registered and Indian consumers milked to the hilt…blah blah blah..”) than the denunciatory language of the past.

But frankly speaking, should India even bother responding to this US industry sponsored factually baseless report? After all, India has been ranked number one in a more objective and data driven report by Consumers International.

In case India wishes to reply, what should her reply look like? We welcome thoughts from our readers on this count. In fact, SpicyIP will offer an award to the best entry on this count. Do email this entry to us (sroyonmukherjee [at] gmail.com) or post this in the comments section to this post.

In the meantime, here is a quick draft response for your consideration:

India encourages you to mind your own business. We respect your sovereignty to frame IP laws according to your national priorities and suggest that you show us the same courtesy. If your grouse is that we haven’t complied with TRIPS, please feel free to take us to the WTO dispute panel. Our guess is that panel members familiar with the English language will ultimately inform you that section 3(d) is perfectly compatible with TRIPS. And that Article 39.3 does not mandate pharmaceutical data exclusivity, as you suggest!

More importantly, at that point, we might even think of hauling you up before the very same body for rampant violations, including your refusal to grant TRIPS mandated copyright protection to our record companies, despite a WTO ruling (Irish music case) against you.

ps: we thank Rajiv Kumar Choudhry for bringing this year’s report immediately to our attention.