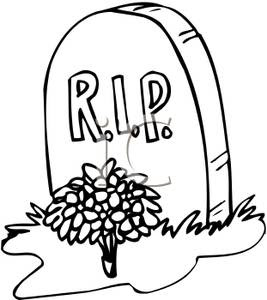 After several months of secretive deliberations, intense politicking and protests, sophisticated debates and powerful op-eds, apparent volte faces, subtle media subterfuge and various other things that might have made for a good Bollywood blockbuster, it appears that the Minister of Commerce, Anand Sharma has finally nailed the coffin and buried the data exclusivity (FTA) debate once and for all!
During a recent meeting of a Parliamentary Committee dealing with intellectual property, the Minister, who chaired the meeting announced that India will not accept data exclusivity norms as this would “have considerable impact in delaying the entry into the market of cheaper generic drugs”.

Meanwhile, on the other side of the fence, the EU appears to have mellowed down from an earlier more forceful stand of (we won’t settle for anything other than data exclusivity!) to a considerably more diluted “Should the Indian government at some point put forward legislation for data protection in respect of Indian companies, all the EU is seeking is reciprocity in respect of European companies. That is to say a fair and level playing field for both Indian and European companies..”.

Well, one wonders why Clancy had to even bother mentioning this; after all, current WTO norms prevent India from providing data exclusivity protection to only its domestic companies (and not to foreign companies). That is the very essence of the concept of “national treatment”, a cardinal principle upon which the WTO regime is founded.

Unless the Indian government is amnesic, the EU can be certain that India will not risk a WTO complaint on this count. After all, memories of an embarrassing WTO defeat suffered at the hands of the US (when it tried to argue, rather speciously that it had effectively created a defacto system for patent mailbox applications, visible to and discernible only by its supernaturally gifted patent officials) continue to haunt.

But more importantly, it is very unlikely that Indian industry would risk sanction under Section 309 of the IPC and demand data exclusivity norms for themselves. Unless of course, the IPI bastion suffers a splinter owing to the recent lure of mergers, mouth watering valuations and buyouts and some of the domestic majors such as Dr Reddys began demanding data exclusivity. But Paul is gone, and I am no seer.

The upshot of the above discussion is this: data exclusivity for drugs is dead..at least for the moment.

But what about what about pesticides? Sadly, in the midst of all this focus on drugs and data exclusivity, we’d forgotten that pesticide exclusivity was slowly being sneaked in, despite a Parliamentary Committee Report opposing its entry.

The alleged government move to introduce such exclusivity rests on the flimsy findings of a report that would have barely earned a “pass” grade, were it a student written submission. If you’re interested in learning how not to write a policy report, try your hand with the Satwant Reddy report, which not only gave “fence sitting” a new meaning altogether, but advanced propositions that it cited as the gospel truth sans any empirical validation, contradicted itself at several places and arrived at conclusions that were not adequately reasoned.

But more importantly, one needs to interrogate its assertion that it was merely toeing the line of “industry” in recommending data exclusivity for pesticides. The key question is: who is this “industry”? Were the Indian companies even consulted? Or did “industry” merely refer to multinational industry? The assertions in the Reddy report on this count read like statements from a policy brief that had been submitted by Croplife. But who is to blame for this sorry state of affairs? For one, the civil society activism around “food” and pesticides appear to be less vigorous than public health, at least in so far as IP issues are concerned. Paradoxical really, given that food is more of a basic necessity than health.

Secondly, one cannot help but notice the lackadaiscal attitude of the Indian agro-chemical industry on this count. If they were not consulted adquatley, they ought to have made a hue and cry about this. It is rather striking that despite the back door entry of exclusivity through a government notification that is blatantly unconstitutional, this industry has not budged and this notification continues to be the law of the land.

Lastly, although the pharma data exclusivity debate is not likely to see any resurgence in the immediate future, we need to ask: is there some space for “data exclusivity” style protection for “India” specific drugs?

Illustratively, what of Ayurvedic drugs, on which clinical trials have been conducted and data generated? Or for drugs that specifically address diseases of the poor (particularly of the Indian poor)? I personally think that some kind of data protection will help incentivise more investments into the development (and trials) of drugs for such diseases. However, as I have repeatedly argued, it need not be an exclusivity style protection. A compensatory liability model, where the innovator cannot exclude, but is only entitled to reasonable compensation from follow on entrants, who are able to enter the market on day one and promote more competitive prices, might be a more optimal way to go forward. A particularly attractive policy option for a country such as India with an extremely strong generic sector.

I had also argued that such a compensatory liability model be deployed for clinical trial data that was specifically generated for India, and without which the drug could not have been approved in India.

But this is all contingent upon a robust regulatory framework and a DCGI (Drug Controller General of India) willing to exercise high levels of scrutiny. Sadly, despite drug regulation and issues of drug safety having a more significant nexus to the issue of public health than patents, such issues are have largely remained under the table (literally and metaphorically). Hopefully, this will change in the years to come and we can bring more focus and public attention upon drug regulatory and safety issues and help resuscitate them from under the table to engender a healthier policy discussion. As with the patent office, a little bit of sunlight can disinfect a great deal here too.