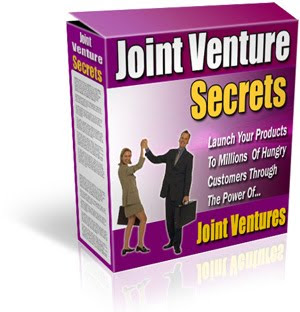 While we have been tracking the Enercon patent dispute for a few months now, it should not be forgotten that the main battle between Enercon GmBH and the Mehra Group, is for management control – over Enercon (India) Ltd. (EIL) – the company incorporated for the purpose of executing the joint venture by both the warring parties. A part of the battle is also to seize control of the 16 subsidiaries of EIL and 11 associated companies, all of which are named Enercon, albeit in various permutations and combinations. The precise details of these companies can be accessed on the website of the Ministry of Company Affairs.
Image from here
The parent company, for the Indian operations – EIL – was initially setup as ‘Wind World Power Ltd’, by the Mehra Group back in April, 1993 with an authorized share-capital of over just Rs. 1 crore i.e. (US $200,000). Subsequently Enercon GmBH bought up a majority stake in the company. The 36 other associated subsidiaries companies were mostly incorporated by the Mehra Group and then bought out by either EIL or Enercon GmBH directly. The Mehra Group would have therefore made a tidy fortune through these buy-outs while at the same time retaining management control of the main company – EIL – despite owning only a minority stake of 44%. The focus of this post however is tracing the role of IP in the dispute.
(i) The role of patents in triggering the dispute: The only partially detailed account of the dispute can be found in the Order of the Company Law Board which referred both Enercon GmBH and the Mehra Group to arbitration, as per the terms of the initial Share-Holders Agreement. The Order describes how the initial technology transfer between both partners happened under the aegis of the ‘Technical Know-How Agreement (TKA)’ entered into between EIL and Enercon GmBH. The TKA expired with time and by the year 2006 negotiations were on to replace it with an Intellectual Property Licensing Agreement (IPLA). The IPLA was the game-changer because by this time Enercon GmBH had radically altered its IP policy.
Starting in 2001, the main shareholder of Enercon GmBH, Dr. Aloys Wobben, had begun an aggressive world-wide patenting drive. Between the year 2000 and 2011, Dr. Wobbens was granted a total of 157 patents in the U.S. Strangely all the patents are in his name and not in the name of Enercon GmBH.
Similarly the European Patent Office has granted Dr. Wobbens a total of 114 patents. The Indian Patent Office was ahead of its European counter-part granting a total of 118 patents (The IPAIRS system may show more but that is because it wrongly double-counts a few patents!).
This is highly troubling for the simple fact that the Indian patent office is severely under-staffed and under-resourced when compared to the EPO and yet it is achieving the same rate of disposal as the EPO. Supermen at work? Dr. Wobbens has another 35 patent applications pending before the Kolkata Patent Office.
In contrast to Enercon, its closest competitor, Vestas, which seems to have embarked a lot later on its patenting drive, has been granted just 13 patents in India, with another 100+ applications pending grant, mostly before the Kolkata patent office. These patents would have completely changed the rules of the game for the joint venture, between the Mehra Group and Enercon GmBH, in two ways:
(a) EIL would now be required to pay patent royalties to Dr. Wobben directly, unlike the TKA which was between EIL and Enercon GmBH and presumably at a lower royalty rate than the TKA. Thus although Dr. Wobben would be getting a dividend by virtue of Enercon GmBH owning 56% of the stake in EIL, he would now also be getting an extra income through the patent royalties. Since royalties are paid before the dividends or taxes, they would be paid out even if EIL were to end up making losses. Presuming, only for the sake of illustration, revenues to be at Rs. 200 crores, EIL would end up paying Dr. Wobben a royalty first, let’s assume at Rs.70 crores, after which it would pay tax of Rs. 30 crores (all random assumptions) and only then split the dividend between its shareholders, which means that now Enercon GmBH would get Rs. 56 crores while the Mehra Group get Rs. 44 crores. This would significantly reduce the Mehra Group’s income.
(b) Patents as more definitive rights would have also provided Enercon GmBH with much stronger leverage over EIL, as demonstrated by Dr. Wobben filing patent infringement suits against the end-users of EIL’s turbines. Obviously this would also impact the final valuation of the Mehra Group’s stock in case they wanted to sell their shares and quit the business. In the light of this the best strategy for the Mehra Group seems to have been to first get the patents revoked so as to attain a more favourable valuation for a buy-out. Obviously with 12 patents knocked down, the Mehra Group can in all probability negotiate a better deal for its shares. (ii)
The Enercon trademark dispute: As mentioned earlier, the Mehra Group had initially incorporated EIL as ‘Wind World Power Ltd’. However when Enercon GmBH came aboard and invested in the company, in January 1994, the company was renamed as ‘Enercon (India) Ltd’. The amended Articles of Association contained the following Clause:

Please note the lack of reference to any trademark registration numbers. The reason for this is that Enercon GmBH applied for trademark registration only in 2003 and was granted a trademark, bearing registration number 1246041 only in in the year 2006. Along with the IPLA to licence patents, Enercon GmBH was also in the process of negotiating a ‘Name Use Agreement’, probably a trademark licensing agreement. I’m not sure as to whether any royalties were being paid for the use of the Enercon name prior to it getting trademark registration. In any case with much stronger rights in the form of a registered trademark, Enercon GmBH would be in a position to demand a significant sum for licensing its trademark to EIL.
Visitors to the website of the EIL are confronted with a disclaimer stating the company’s use of the ‘Enercon’ name is disputed. This is the result of a law suit pending in the Delhi High Court – C.S.(O.S.) 1968 of 2009 where Justice Ravindra Bhat passed interim orders for putting up of such a disclaimer. I’m surprised that the Delhi High Court passed such an order when it is clear from the AoA that EIL would have to stop using the name once it received a written notice to this effect from Enercon GmBH.
Right now, given the statements made by the Germans in the press, they seem to be more worried about losing control of their brand name rather than their technology.
The lessons for future JVs: This dispute is a classic example of the troubles faced in the transition common law rights to statutory property rights such as patents and trademarks, wherein the foreign investor entered the country without any enforceable statutory IP rights but gradually acquired such rights thereby affecting the balance with the Indian partner. As demonstrated by the present case, the ‘balance’ is affected by the fact that the foreign investor acquired much stronger rights through patents and trademarks and was thus seeking a bigger slice of the pie, than what was agreed to in the first place. One way of preventing such a disaster would be to ensure that all IPRs in the country are acquired jointly by either both the partners or in the name of the JV itself. Of course these matters are almost never so simple.