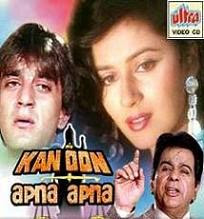 The 3rd February, 2011 reply to the Registrar of Copyrights by IPRS (available over here) finally provides us with an accurate picture of Select Media Holdings Pvt. Ltd. exact role in the licensing of music.

According to IPRS most of its owner-members had informed it that most of the major television broadcasting channels had been requesting for a ‘single window’ licence for music played on T.V. Normally a T.V. channel would have to negotiate with both IPRS & PPL for any music that it plays. A ‘single window’ would involve the creation of one entity which would licence both these rights to the content users. As a result of this demand from its members, the Governing Council/Board of Directors of IPRS passed a resolution approving the collection of royalties through a ‘single window’ and entered into a MoU with PPL for this very purpose. IPRS then claims that PPL appointed Select Media Holdings Pvt. Ltd. to issue licences for all Indian Channels except Zee T.V. The royalties collected by Select Media Holding Pvt. Ltd. would then be distributed between IPRS & PPL.

The ‘single window’ concept makes excellent commercial sense because any person who want a licence for the sound recording has to take a licence for even the underlying works. Combining both licences into a ‘single window’ greatly reduces the transaction costs involved in licensing In fact if memory serves me right the draft Indo-E.U. Free Trade Agreement required India to create similar mechanism.

The Registrar of Copyrights is now most probably focussing the investigation on the following two issues:

(i) What are the terms of the IPRS-PPL MoU?
(ii) Whether or not it is legal for IPRS and PPL to appoint Select Media Holding Pvt. Ltd. as a ‘single window’ agent for collection of royalties?