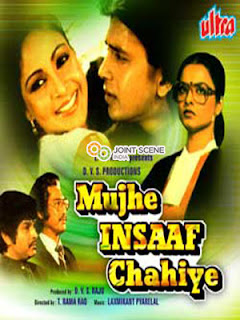 In February we had carried a post on how PPL’s revenue from mobile ringtones shot up by a record 1857% in a period of just 6 years from Rs. 7 crores to over Rs. 137 crores. In a subsequent post we had pointed out, in considerable detail, how this remarkable rise in PPL’s fortune from licensing mobile ringtones had been accompanied by a remarkable dip in IPRS’s fortunes in the same segment. We had explained in that post how IPRS was collecting mobile ringtones revenues of about Rs. 3.65 crores until 2003-04 after which IPRS just stopped collecting revenues from ringtones. At that time we had concluded that there was some sought of arrangement between PPL & IPRS to collect revenues jointly because the Annual Reports of PPL (p.18) had clearly stated that licences for mobile ringtones had been issued through a single window on behalf of IPRS. However the reply from the Chairperson of IPRS – Mr. Hasan Kamal – to the Registrar of Copyright’s questionnaire, on the issues raised by Akhtar & Co., seriously contradicts the claims made by PPL.

(i) The Registrar’s line of questioning: In his notice to IPRS the Registrar of Copyrights had informed IPRS that he had proof that IPRS had stopped collecting royalties from mobile ringtones and demanded to know the details of the decision to stop the collection of such royalties. The proof referred to by the Registrar of Copyrights were two letters, annexed to Akhtar’s complaint, written to Universal Power Systems & Phoneytunes.com informing them that the members of IPRS did not want ringtones administered through IPRS any longer. The letter then refers the addressee to contact IMI, which is basically a sister organization of PPL, for further negotiations on licences for ringtone royalties. These letters can be accessed on the last two pages over here.

(ii) IPRS’s reply contradicts the statements made by PPL in its Annual Report: Mr. Hasan Kamal in his explanation on behalf of IPRS explains that the governing council had passed a resolution in December, 2003 for administering ringtones. He further explains that this approval was subsequently withdrawn in 2004 but does not cite any resolution authorizing the same. In response to the Registrar’s question of whether IPRS had authorized any other organization to collect royalties for ringtones, Mr. Kamal specifically states in his letter that “IPRS has not assigned any of the said rights under reference to any other society.” But what then of PPL’s claim in its Annual Reports that it is collecting ringtone royalties on behalf of IPRS through a ‘single window scheme’. In pertinent part PPL in its Annual Report (p. 18) states “Mobile Polyphonic Ringtones – Indian repertoire: “Tariff same as last year – 25% of end-user-price, subject to a minimum of Rs.2.50 per tone (inclusive of performance royalty to IPRS Society, as this licenced as single window).” Ideally the management of IPRS cannot be held liable for statements made for another organization except in this case the member-ship of the Board of Directors of IPRS and PPL is virtually identical. We had blogged about this similarity over here.

So the question essentially is who exactly is lying? IPRS or PPL? Was there an MoU between IPRS & PPL covering even mobile ringtone royalties? What are the terms of this MoU? 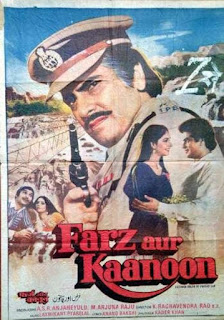 Between 2004 and 2010 PPL collected Rs. 360 crores from licensing music for mobile ringtones. For all these years, PPL has claimed that it has been collecting ringtones on behalf of IPRS under a ‘single window’ scheme. Presuming that the royalties were split equally between IPRS and PPL, it would have meant that the former should have received Rs. 180 crores from PPL. Now if that Rs. 180 crores actually reached IPRS (which it never did) it would have been split between composers, authors & producers in a ratio of 30:20:50 as per Rule 4(e) of the IPRS Rules. This would mean that the composers would have got Rs. 54 crores, authors would have got Rs. 36 crores and the music companies would have got Rs. 90 crores. The share of music companies would have thus been the Rs. 180 crores, that were received by virtue of their membership in PPL (PPL has exclusive membership of only music companies) plus the Rs. 90 crores received by virtue of their membership of IPRS i.e. Rs. 270 crores in total. However if the Rs. 90 crores due to authors and composers was never given to IPRS, then PPL’s members would illegally gain the Rs. 90 crores which should have gone to composers and lyricists/authors in IPRS and instead of Making Rs. 270 crores they would now make Rs. 360 crores, only.

Clearly there was no reason for IPRS to give up such a lucrative source of royalties and the only reason this probably happened was because representatives of music companies were the directors controlling the Governing Council of IPRS. Otherwise why would IPRS not take steps to recover these monies from PPL?