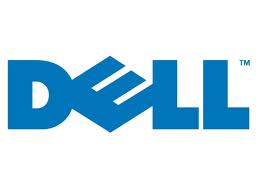 We have finally managed to get a copy of the order of the Customs Commissioner in the Dell case, which I had blogged about yesterday. The order is accessible over here and the previous post is available over here. As explained in the earlier post, the Customs Commissioner had allowed the parallel import of Dell computers into India on the grounds that the Trade Mark Act, 1999 did not forbid such imports.
The basic facts of the case are simple. Three Indian importers, by the names of Venktron Digital Systems Pvt. Ltd., M/s Sapphire Micro System & Momentum Technologies Inc. Pvt. Ltd. were in the process of importing approximately 450-500 Dell laptop computers into India. During the process of clearing the consignment at Customs, an alert was registered under the IPR Import Rules for possible trademark infringement, due to a prior registration, under the IPR Import Rules, 2007 for the mark ‘Dell’, by Dell India Pvt. Ltd.
After the clearance of the consignment was suspended under the IPR (Imported Goods) Enforcement Rules, 2007, a representative of Dell India was allowed to inspect the consignment to confirm possible infringement after which a formal hearing was held where both, the importers and Dell India were afforded an opportunity to be heard.
During the course of the hearing before the Customs Commissioner, the Delhi High Court pronounced its order in the Samsung case prohibiting parallel imports under the Trade Marks Act, 1999. Apart from the Samsung order, the ‘rights holder’, Dell, also brought to the attention of the Court several other judgements from Indian and foreign courts on the subject of parallel imports being barred under Indian law. The Defendants for their part discussed several case law supporting their defence that Section 30(3) of the Trade Marks Act, 1999 allowed for parallel imports.
The major issue however with the Delhi High Court’s Samsung order was that it had been appealed and the Division Bench hearing the appeal had passed a series of orders during the course of the appeal, which by the way is still pending final arguments. While the importers tried to argue that the Samsung order had been stayed by the Division Bench, the ‘rights-holder’ tried to argue that the Division Bench had not yet stayed the operative part of the Samsung order.
Until this point, the order reads fine, detailing all the arguments put forth by both sides. After this point the order begins to suffer from several flaws. For instance on the point of Section 30(3) the Customs Commissioner merely states that he is convinced that Section 30(3) supports exhaustion of trademark rights and that parallel imports are permitted under Indian law. There is no analysis of the provisions of the law or the judicial precedents on the point. While the ultimate conclusion of the Customs Commissioner may be right, the lack of any reasons could prove fatal at the time of appeal. Most problematic is the Customs Commissioner reason for not following the Samsung order. Instead of discussing whether the order had in effect been stayed by the Division Bench, the Commissioner concludes that the Samsung order was not made under the IPR Import Rules and hence it was not applicable to the facts of the present case. This interpretation is faulty for the simple reason that the Samsung case and the present case both deal with the scope of Section 30(3) of the Trade Marks Act, 1999. The substantial law is the same in both cases, although the procedural law is different. However the latter is of no consequences in cases such as the present case before the Customs authorities. It is unlikely that this order will withstand the scrutiny of an appeal.