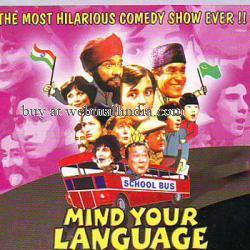 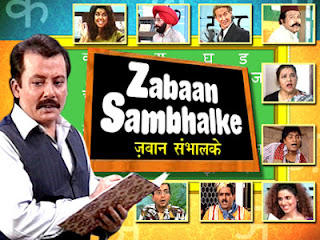 (ii) Has NATCO suffered damages due to Shamnad’s statement: In para 18 of its plaint, NATCO states that as a result of Shamnad’s post on the blog, a number of newspapers carried stories based on his comments and that “the media has published such incorrect articles and in this manner a completely negative image about the Plaintiff has been spread among the public and the patients.”
The plaint further states that after publication of the articles on SpicyIP and the newspapers, several officials from the Government of India, other bodies, doctors and patients had called up NATCO to enquire as to how it could ‘indulge in such malpractices’. NATCO fails to give any details on these individuals. The damage as alleged by NATCO would arise from the faith of patients in their product being shaken resulting in BMS profiting.
The plaint fails to explain how exactly the ‘faith-shaking’ was going to happen and the connection between the ‘faith-shaking’ and Shamnad’s statement.
Conclusion on the defamation issue: As is obvious from above, NATCO has failed to establish how Shamnad’s statements were false and also how such statements caused it any damage whatsoever. In short, NATCO has failed all the requirements for establishing defamation. In these circumstances this suit should be thrown out at the very threshold since it fails to establish a relevant cause of action for a defamation suit.
B. Right to Free Speech and the tort of defamation: I’ve been following the comments on this case on some of the other websites and I’m really quite surprised at just how confused most people appear to be on the exact scope of their right to free speech.
Under my right to free speech, I have right to call a company’s legal strategy foolhardy, reckless, stupid, idiotic – that is my opinion. Similarly I also have a right to claim that based on facts set out in court pleadings, a party has mispresented or lied to the court. Again that is my opinion based on a certain set of facts. It becomes defamation only when I state blatant factual mistruths – for e.g. that a patent has been revoked by a court of law when I know for a matter of fact that the patent has in fact not been revoked by a court of law or that regulatory approval has been granted through corrupt means, when I have no proof of corruption. The law of defamation applies to only factually incorrect statements which cause damage to a particular party.
In the impugned posts, Shamnad has exercised his right to free speech to express his opinion on what he thought of NATCO’s legal strategy and of their mispresentation to the court. If NATCO doesn’t like it – tough luck, go complain to Ambedkar for inserting strong fundamental rights in the Constitution. NATCO can sue Shamnad for defamation only for factually inaccurate statements. As I have shown earlier, they have not been able to establish a single statement which is factually inaccurate or obviously wrong.
Despite the main cause of action being alleged defamation the pleadings filed by NATCO detail a long rant on not only alleged contempt of court by commenting on sub-judice matters but also alleged breach of confidentiality of court pleadings. It really befuddles me as to how Natco claims “contempt” in a defamation suit. All their arguments on sub-judice and the allegedly wrongful procurement of court papers are therefore not germane to the issue and need not even be considered by the court. Nonetheless, I will deal with them below to show how they lack teeth.
B. On privileged and confidential pleadings and commenting on subjudice proceedings
In its plaint Natco argues that the media ought not to be able to comment on cases which are sub-judice and that pleadings filed in court are confidential and privileged. In pertinent part, NATCO states “It is further submitted that Defendant has not only commented on the proceedings which are sub-judice before this Hon’ble Court but also proceeded to upload the pleadings……..”  and then “thus making the pleadings available to the public, when these are highly privileged and confidential documents ordinarily not available to public until the matter is disposed of finally”.
Since when did court pleadings become highly privileged & confidential documents? What is so secretive about this patent infringement law suit that raises important issues of public interest around drug patents and the alleged exploitation, in an article by the ET, of regulatory loopholes.
The Code of Civil Procedure, 1908, especially Section 153B, states “The place in which any Civil Court is held for the purpose of trying any suit shall be deemed to be an open Court, to which the public generally may have access so far as the same can conveniently contain them”. So is NATCO really trying to argue that a citizen can go and sit in Court and take notes of the proceedings and hear arguments (presumably based on pleading), but not access or share the said pleadings?
I think it’s a silly argument to claim that court documents are privileged and confidential without pointing to the legislation or the precedent which vests such rights in court pleadings.  In any case, I spoke to Shamnad on this aspect, and he mentioned that he procured the documents from the plaintiff in the case, BMS. It is fairly common for media outlets to write to parties in a litigation asking for court documents and there is nothing in the law prohibiting this.  In any case, how does it matter from where the court documents were procured? Since this is an action for defamation, the only issue for consideration is: did any of the statements made by Shamnad amount to an obvious falsity. Or was it predicated on concrete facts laid out in the pleadings? 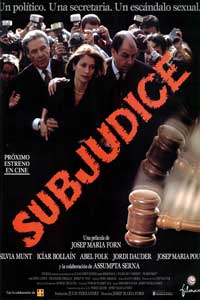 The arguments on the point of sub-judice are equally silly – NATCO claims that Shamnad has been writing about NATCO’s suit with BMS so as to deliberately “subvert the course of justice with an intent to influence and interfere with the course of the proceedings so as to benefit Bristol Myers Squibb and cause harm and prejudice the Plaintiff Company.” The rule of maintaining deathly silence on sub-judice cases evolved during the time of jury trials and are irrelevant to countries like India which did away with the jury system ages ago. The rule never applied to cases being tried only by judges for the simple reason that judges are presumed to be insulated from the opinions of the media. NATCO’s assertion in its plaint creates the assumption that judges of the Delhi High Court decide cases after reading SpicyIP. Does NATCO really have such little faith in the judges of the Delhi High Court?  Why does it assume that a post on SpicyIP would “subvert the course of justice”?
What makes the whole affair sillier is the fact that NATCO’s prayer, does not claim any relief on these grounds – all the prayers in the plaint relate to the allegedly defamatory remarks. Why then waste time on make such silly arguments regarding sub-judice & privilege, if they have no bearing on your final prayers?
Conclusion:
This is not the first time a corporation like NATCO has attempted to muzzle the free press and it is definitely not going to be the last time.  Rest assured that we will provide all support to Shamnad to strongly contest this case and defend our right to free speech. The folks at NATCO are seriously mistaken if they think that this will shut us up. This case also raises larger issues about the exploitation of regulatory loopholes, as attested in this Parliamentary report and I for one will personally investigate these issues in the days to come.
P.S: Although we’ve stressed time and again on this blog that posts are to be attributed only to individual authors and not to the blog, let me stress again that this blog post was written by me personally and should not be attirbuted to any other other members of the blog.