Others Overlaps in IP

Last week, the internet was abuzz with news that students of the University of Ottawa had managed to shut down a free on-campus yoga class for fear of “cultural appropriation”. There have been several well-written responses to the whole thing, but this one from Eugene Volokh stands out from the rest. In three pithy paragraphs, Volokh identifies the root cause of the problem: the mindset that culture can somehow be treated as property, defined by the same “right to exclude” mentality that pervades other forms of IP today.

Volokh (and other critics) are quick to point out that nobody can possibly claim a monopoly over an entire body of work simply because they belong to a particular geographic area or identify with a social group. Such a monopoly has no legal basis, nor is it morally justifiable. However, this doesn’t mean that non-indigenous users of cultural heritage are free to do as they please. Clearly, this intersection between cultural expression and intellectual property is far too nuanced to be regulated by the traditional “monopoly-exclusion” matrix that normally governs IP. While it’s evident that foreign users cannot (and should not) be entirely excluded from utilising indigenous cultural expression, it’s also clear that they need to take precautions to ensure that they stay on the right side of public opinion, if not the law.

What is it, then, that we expect from foreign users of cultural expression? One obvious answer is that they must ensure that their use does not serve to exclude the originators themselves. An excellent example of this is Air New Zealand’s use of the Maori ‘koru’ symbol on its livery. 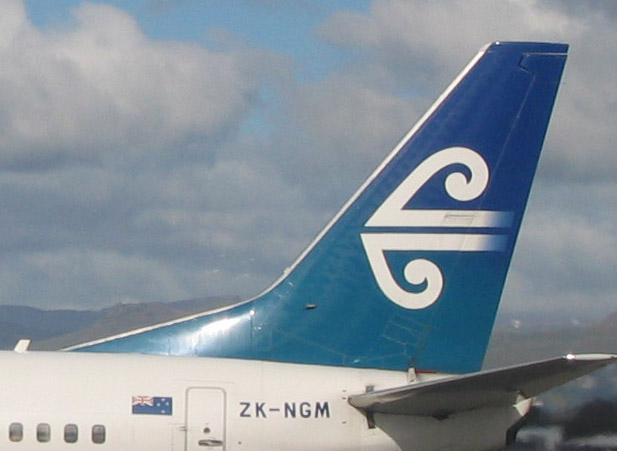 When adopting the new livery in 1996, the airline seems to have consciously refrained from registering a trademark on the design, recognising that to do so would mean to claim “ownership” of a motif that was integral to Maori culture.

Another question that seems to decide our treatment of foreign usage is its degree of commercialisation. Thus, artwork is far less likely to be singled out for criticism than mass-market kitsch products. This could be either because high art is understood to be an exercise of creative expression in itself, or because of the perceived difference in the user’s intent – one borrows for artistic expression, while the other takes away for profit. Still more problematic are examples where cultural heritage is used to sell things. The interplay between cultural expression and trademark law has, for this reason, been exceedingly well-documented. New Zealand once again gives us a useful example – a Maori Trade Marks Advisory Committee reviews trademark applications to determine whether they were offensive.

A more important factor to consider is the relationship between the originator and the user – any questions as to the immorality of cultural appropriation stem from apprehensions that the usage takes elements outside their original context, usually in a pattern of oppression displayed by the user’s culture over the originator group. If such a relationship of dominance continues to exist, then the user must naturally exercise more care.

We also seem to attach an inexplicable importance to the setting into which the expression is imported – Stanley Kubrick’s use of verses from the Bhagavad Gita as background noise for a sex scene in Eyes Wide Shut was universally frowned upon, while Oppenheimer could freely juxtapose a verse over the development of weapons of mass destruction.

One final, interesting quirk that seems to govern treatment of appropriation in the popular imagination is that the amount of borrowing “allowed” by different media varies. While appropriation (not necessarily with the prefix ‘cultural’) thrives everywhere, art and literature circles are seen as far stricter when it comes to heavy borrowing than other media. Malcolm Gladwell notwithstanding, authors need to be doubly careful – borrowing must surmount rules against cultural appropriation, as well as against plagiarism. In contrast, music and cinema are rife with examples of cultural cross-pollination, often with very little recharacterisation. The most successful music and cinema can trace their origins to foreign shores. Star Wars stands out as a stellar (sorry; couldn’t resist) example. If the Japanese phrase for “period drama”, Jidaigeki, sounds familiar to you, it’s because a man named George Lucas decided to name an order of warriors after them. Why, you ask? Because he saw Akira Kurosawa’s 1958 jidaigeki, The Hidden Fortress, which featured a pair of peasants escorting a princess making her escape from a villain. Kurosawa’s own relationship with Hollywood is an extremely interesting story of free exchange. Closer home, the South Indian film industry seems to have developed a proclivity for transposing folk expression to the screen – the use of Yakshagana in RangiTaranga and Theyyam in Kamal Hassan’s Uttama Villain are two examples from the last year that come to mind.

In music, the examples are far too many to pick out, but the crucial point here is that the appropriation of folk cultural expression is met with far less resistance here than in other media. Generations of popular music have flourished on the strength of their ability [highly recommended read] to bring folk sounds to the mainstream, and nobody seems to have batted an eyelid (Iggy Azalea being a notable exception).

Where does all of this leave the question of yoga? The use of yoga by a Canadian university does nothing to exclude existing practitioners. This was clearly not a commercial enterprise – the yoga classes in question were being freely offered. True, the relationship between India and the West is still, in some sense, hegemonic. Indian motifs are routinely manifestations of damaging stereotypes and prejudices. In this instance, however, nobody can argue that any of these circumstances existed. As to the question of setting, it once again appears that there was no deficiency of care. The question of medium does not arise, but it is clear that no pretense was made as to the origins of the techniques being taught. In summary, it appears that even if all possible care is taken by the foreign user, criticisms on the ground of cultural appropriation is unavoidable. A vigilant public is never a bad thing, especially given that cultural appropriation often manifests in subtle forms. In this case, however, the agitation seems to have been misplaced; you were probably better off watching the NFL this week.