In Part I, I looked at the definition of surrogate advertising and relevant laws pertaining to it. In this Part, I explore the role of the judiciary and the question of trademark rights vis-à-vis surrogate advertisements. 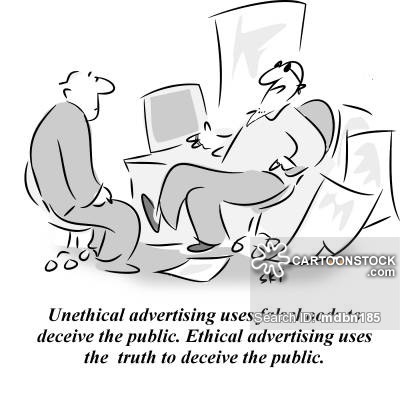 Role of the Judiciary

In 1999, the Voluntary Health Association of India filed a PIL in the Delhi High Court to seek a ban on the sponsorship of the Indian cricket team by the Wills brand of cigarettes manufactured by ITC. According to the PIL, the upcoming 2001 World Cup would be watched by millions of viewers and such advertisements would promote smoking among the viewers. In 2001, ITC voluntarily withdrew its sponsorship from all sporting and cultural events as a goodwill gesture. 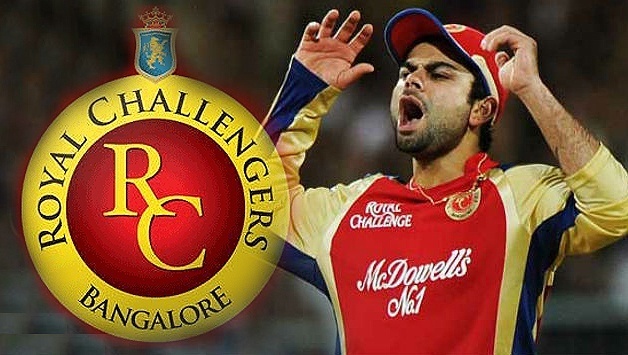 In 2008, when the Indian Premier League’s (IPL’s) first tournament was set to take place, a PIL was filed in the Supreme Court which sought to restrain Vijay Mallya from naming his team “Royal Challengers Bangalore” on the grounds that under the garb of this name, Mallya’s United Breweries Group was indirectly trying to promote its brand of whiskey, “Royal Challenge”. The Supreme Court dismissed this petition in the first hearing itself. The bench came up with absurd justifications for this dismissal, stating that Royal Challengers was different from Royal Challenge and that the filing of the petition itself was leading to undue publicity of the liquor brand. Further, it observed that alcohol was not prohibited in the country and “Only those who drink would be affected by such things”. The Bench even asked the counsel, “Why do you look for liquor in cricket? You just watch the cricket match”.

In 2005, Mahesh Bhatt challenged several provisions of the COPTA and its Rules on grounds that the prohibition of the use of tobacco products in advertisements and film violated the Right to Freedom of Speech and Expression under Article 19(1)(a) as it gagged and stifled the artistic freedom of the filmmaker to portray the realities of society. The court referred to the landmark judgement in Hamdard Dawakhana v Union of India, where it was  held that it is only when an advertisement is concerned with the expression or propagation of ideas can it be said to relate to freedom of speech.  The right to publish and distribute commercial advertisements for promotion of an individual’s business cannot be said to be part of the freedom of speech as enshrined in the Constitution. The court observed that advertisements cannot be given the same pedestal as the press which disseminates news. A commercial advertisement has an element of trade and does not strictly fall within the concept of freedom of speech. However, it also observed that tobacco advertisements cannot strictly fall under the exception of “decency” and “morality” in Article 19(2) as smoking is unhealthy but cannot be considered immoral or indecent. Importantly, the court held that in this case, the Right to Life (and Health) of the public outweighed the Right to Freedom of Speech of the advertisers. It observed that both direct and indirect advertisements serve the same purpose and should be treated alike. Finally, it held that while commercial advertisements are entitled to limited protection under Article 19(1)(a), this protection shall not extend to commercial advertisements for tobacco products, which include both direct and indirect advertisements.   Thus, the COTPA was considered reasonable and non-violative of Article 19. Notably, this position deviates from that in Tata Press Ltd. v MTNL provided the full protection of Article 19(1)(a) to advertisements on grounds that they were essential for consumers to make an informed choice and drove the prices down in the economy.

In 2006, the National Consumer Disputes Redressal Commission came cracking down on surrogate advertisements. In the case of United Breweries Ltd. v Mumbai Grahak Panchayat, the Commission undertook complaints relating to advertisements of “Bagpiper Soda”, “Derby Special Soda” and “London Pilsner Soda” on Western Railways Train coaches. On further probing, the Commission found that there were no such sodas available in the market at all! The facts stated on the advertisement clearly corresponded with the whiskey/beer being manufactured by the companies, making it clear that they were mere surrogates. The court directed these companies to place the corrective advertisement “Keep Liquor Away from Young Generation India’s No. 1-Only Natural Fruit Drink Limbu Paani, Nariyal Paani, Yehi hai Apna Alag Andaz” on the railway coaches at their own cost.

In 2014, social activist Teena Sharma filed a PIL in the Delhi High court, seeking a ban of surrogate advertisements. She argued that the Cable Television Networks Rules 1994 must require that all advertisements found to be genuine brand extensions by the Ministry of Information and Broadcasting must be previewed and certified by the CBFC.  Further, she prayed that the Code must mandate that a Chartered Account certify that the expenditure on advertisement is not disproportionate to the product’s sales. For unknown reasons, this PIL was later withdrawn.

Are trademark rights at risk?

In light of the above, an important question arises: Do these laws take away the legitimate rights of a trademark holder to use his trademark? To what extent may such restrictions be imposed on the use of trademark?

These questions are the very same we encounter while discussing plain packaging. Our regular readers may recall that this controversial issue is currently pending at the WTO Dispute settlement body, and the Panel’s report is set to come out in mid-2017. Read our previous posts on plain packaging here, here and here. Thus, we can take the liberty of borrowing some commonly used arguments for plain packaging.

Secondly, the primary function of trademarks is to act as an indicator of the source of origin of the goods. The secondary function of trademark is to act as a “silent salesman”, i.e. displaying the logos and marks of a brand on packaging etc. acts as an advertisement for a company. This secondary function, although not recognized by TRIPs, is what companies exploit in surrogate advertising. By covertly displaying their trademarks in the right context, companies advertise products they would otherwise not be able to.

In my opinion, the right to use a trademark is not an absolute right; it cannot be treated at par with the citizens’ right to life and right to health. Thus, it can be restricted over concerns of public health and public interest. Currently, however, there is a partial contradiction in the law, as the Trademarks Act 1999 is positively worded whereas the laws partially prohibit the use of certain trademarks for the purposes of promotion. However, the Australian Trademarks Act is also similarly worded, even though Australia is the pioneer of plain packaging. Thus, these legislations can be harmoniously interpreted as the more specific legislation (COTPA) shall prevail. However, in order to discourage litigation and prevent such conflict, The Legislature can consider amending the Trade Marks Act as well.

At the very least, the rules regarding surrogate advertisements must be made stricter. As prescribed by the ASCI, a cost benefit analysis of these advertisements may also be carried out. For example, reports state that the annual cost of advertising Pan Parag’s plain Pan Masala (a non-tobacco product) on just two television channels was 3.8 times its annual sale value. It thus becomes clear that such products are being used as surrogates to advertise the gutka sold by the brand.

In light of the above, I suggest the following tests to determine if an advertisement is a surrogate advertisement or a genuine one: 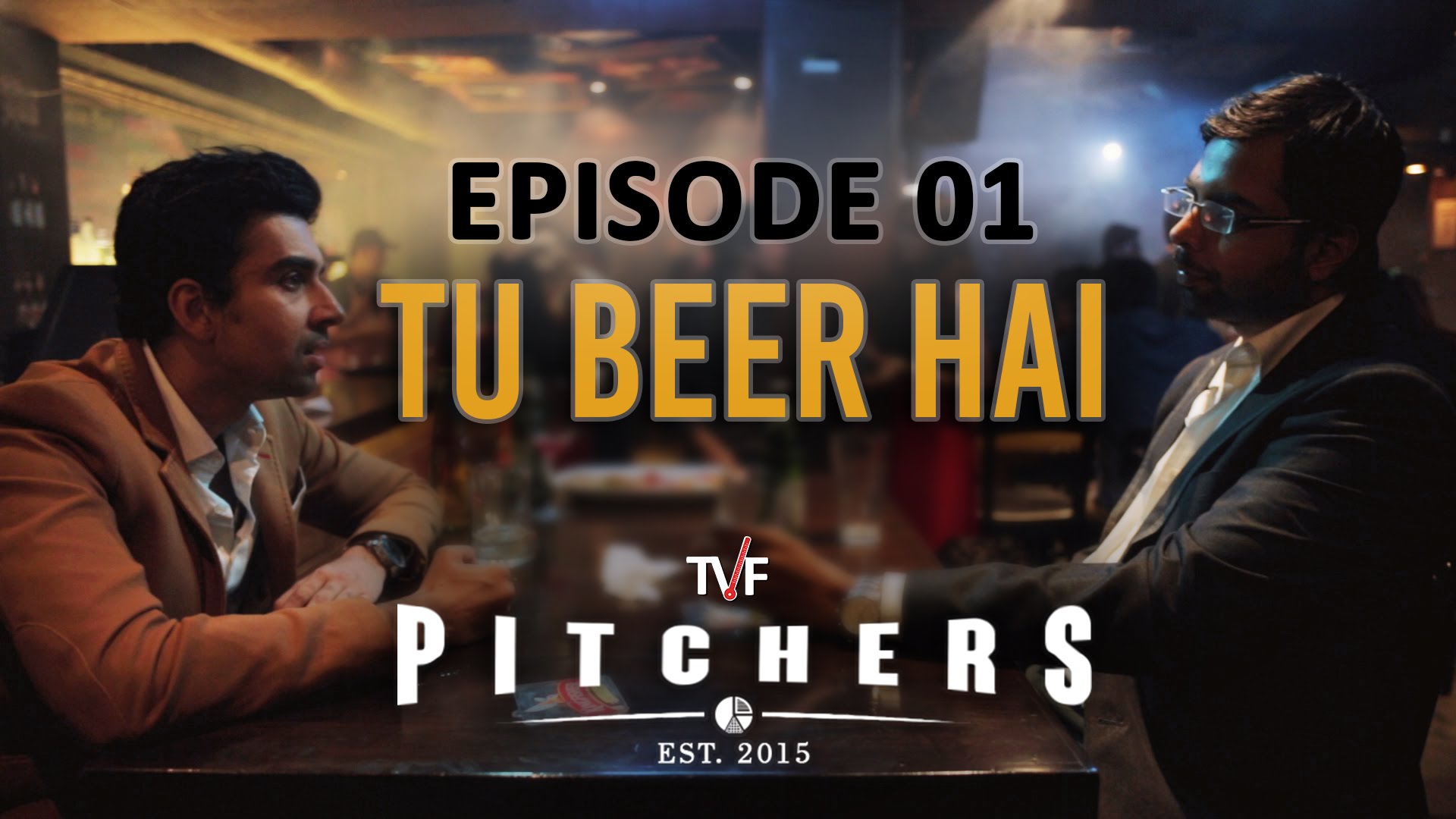 This being said, in today’s time, the internet has emerged as the primary medium of entertainment for young people, as opposed to the more traditional mediums of television and newspapers. Web series are becoming more and more popular and have a large viewership amongst the urban Indian youth. As we know, the internet is an inherently un-censorable space, which is why it is being used to create content freely, away from the prying eyes of our sanskaari Censor Board. These companies are thus using web series as an avenue of direct and indirect advertisement for prohibited products. A prime example of this is TVF’s Pitchers. This web series took the internet by storm upon its release and holds the highest IMDb rating for any Indian show ever (and is a personal favourite). From its opening scene, which gave us the iconic dialogue, “Tu Beer Hai” to its blatant product placement, it has no holds barred approach towards promoting Kingfisher Beer, its primary sponsor. Further, TVF’s most recent show, Humorously Yours is sponsored by Foster’s beer and the product is heavily advertised in the show.

Due to examples such as these, I am rather skeptical of the extent to which the law can actually control and regulate the advertisement of alcohol and tobacco products in times to come.