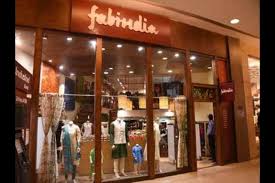 We are pleased to bring to you another guest post by our Fellowship applicant Madhurima Gadre. Madhurima is a 4th year student at NLU, Jodhpur. This is her second submission for the Fellowship.

Legal Ownership of ‘Khadi’ amidst the KVIC/Fabindia Dispute

The instances of fabric and apparel companies cashing in on Khadi’s reputation are not new. Read our previous post about a German company named Khadi Natureprodukte which registered the term ‘khadi’ in its trademark with the Office for Harmonization in the Internal Market which registers designs and trademarks in the European Union. According to available data, the Indian government has filed for cancellation of the German company’s registered word trademark “KHADI” based on invalidity. In a similar instance, Fabindia was recently served a legal notice by the Khadi and Village Industries Commission (KVIC) threatening a lawsuit for writing ‘khadi’ on Fabindia’s products.

The February 8, 2017 legal notice addressed to Fabindia’s New Delhi-based CEO noted that a close scrutiny of garments sold by Fabindia revealed that while the labels stitched on the garments stated ‘Fabindia Cotton’, the removable price tags had the word ‘khadi’ on them. The notice mentioned that KVIC had corresponded with Fabindia in August 2015 after the company advertised some fabric as khadi. In the correspondence, Fabindia had assured “As per direction issued by your office, we have stopped advertisement campaign in all media. We have also sent internal directions to stop selling the cloth with reference to khadi.”

But according to KVIC, despite written assurances, Fabindia continues to sell products under the name of ‘khadi’ and has also put up prominent khadi display panels at their sales outlets, which could mislead customers. Fabindia’s application for Khadi Mark certification was consequently rejected in September 2016. KVIC chairperson V.K. Saxena has stated that “no product can be sold as khadi without the Khadi Mark tag. Not only that, any private brand or producer of khadi must buy khadi from a government-cleared khadi institution. This is the only way to protect khadi artisans.” Thus, brands like Fabindia that seek to sell khadi garments must, in accordance with the existing legal framework, apply for a Khadi mark Regulation Certificate. After launching the ‘Khadi Institution Registration and Certification Sewa’ on 2nd October 2016, KVIC has made the certification procedure simpler requiring Rs. 10,000 as fee and a list of 25 spinners & 5 weavers. The grant of certificate usually takes up to 45 days. Acknowledging receipt of the notice, Fabindia CEO stated “We are in receipt of the notice and have responded to KVIC, requesting a meeting with the designated authorities to understand the issues that have been raised, and to resolve them.”

The KVIC notice has brought attention to the larger issue of legal ownership of ‘khadi’. KVIC, a state run body under the Ministry of Micro, Small and Medium Enterprises was established in 1956 to monitor the sale and business of all Khadi textiles to stop selling clothes in the name of Khadi. The Khadi Mark Regulations, 2013 have been notified for the purpose of authentication of genuine khadi, as defined in the Khadi and Village Industries Commission Act, 1956. These regulations mandate that “no textile shall be sold or otherwise traded by any person or certified khadi institution as khadi or khadi products in any form or manner without it bearing Khadi Mark tag or label issued by Committee.” Only the Central and Zonal Khadi Mark Committee can authorize the use of such Khadi mark tag or label. Over the years, KVIC has consistently asserted its legal ownership of ‘khadi’ and is doing its bit to prevent companies from free-riding on Khadi’s reputation, like that in case of Fabindia. The word Khadi and its variations are registered by KVIC for Textiles and Textiles goods (Handicraft) under Class 24 (application no. 346109, 2851542 & 2854734). In fact, KVIC has registered Khadi in practically every class with goods ranging from footwear, stationery, toys, safety matches, coffee, tea, sugar, soaps, perfumes etc. even though the Khadi Mark Regulations, 2013 only seek to protect Khadi in terms of textiles.

Last year KVIC had served a similar notice on Aditya Birla Group’s Madura Fashion & Lifestyle. The notice was consequent to an advertisement in a newspaper to promote apparel under the brand name ‘Peter England’. Within a week, the company apologized to KVIC for using the trade name ‘khadi’ without permission and assured that it has removed the word from all the promotional materials. Many apparel companies have lately sought the Khadi mark Regulation certificate for venturing into the khadi market. For example, in December 2016, fabric and apparel major Raymond partnered with KVIC to introduce a new clothing line.

There is a pending application for Geographical Indication (application no. 492) on Khadi under Class 24 of goods categorized as ‘textiles and textile goods (handicraft)’. Section 11 of the Geographical Indications of Goods (Registration & Protection) Act, 1999 states that any association of persons or producers or any organization or authority established by or under any law for the time being in force representing the interest of the producers of the concerned goods, who are desirous of registering a geographical indication in relation to such goods can apply for a geographical indication (GI) tag. Despite there being a statutory body i.e. KVIC for the development of khadi, the GI application has been filed by the Intellectual Property Rights Association claiming to be acting on behalf of manufacturers/producers of khadi throughout India. Accordingly, in the Formality Check Report dated 10.12.2014, the Registrar pointed out the following deficiency in the GI application – How the Applicant represents the interest of the producers of Khadi? To which the Intellectual Property Rights Association replied stating that it had written letters to all Khadi movement and sarvodaya Movements to join this application. As on 29.08.2015 no reply was received from them. In the Examination Report dated 16.09.2015, it was noted that the competence of the applicant in protecting the interest of the producers must be established by the applicant association. Also, the pre-application activity of the applicant association in relation to the protection and promotion of ‘Khadi’ is to be submitted.

In a previous guest post, Ms. Latha R. Nair, partner at the IP boutique firm K & S Partners has discussed the viability of a GI tag on Khadi. As per the Geographical Indications of Goods (Registration and Protection) Act, 1999 “geographical indication”, in relation to goods, means an indication which identifies such goods as agricultural goods, natural goods or manufactured goods as originating, or manufactured in the territory of a country, or a region or locality in that territory, where a given quality, reputation or other characteristic of such goods is essentially attributable to its geographical origin and in case where such goods are manufactured goods one of the activities of either the production or of processing or preparation of the goods concerned takes place in such territory, region or locality, as the case may be. Khadi has long been associated with India’s independence struggle and is internationally recognized as a handspun or hand-woven cloth from India, Bangladesh and Pakistan. Since the geographical area encompassed in this case is unusually large, Bangladesh and Pakistan may also obtain their own GI tags on Khadi. Media reports indicate that Bangladesh has recently decided to register GI for their famous Khadi originating in the Comilla district.

If the GI is granted in India, Khadi trademarks of KVIC under Class 24 may be invalidated as per section 25 (Prohibition of registration of GI as trademark) or may continue to be valid as per section 26 (Protection to trademarks registered in good faith) of the Geographical Indications of Goods
(Registration and Protection) Act, 1999. The Department of Industrial Policy and Promotion had urged KVIC to seek an international trademark under the World Intellectual Property Organization’s Madrid Protocol. The international trademark system is governed by two treaties: the Madrid Agreement Concerning the International Registration of Marks (1891) and the Madrid Protocol Relating to the Madrid Agreement Concerning the International Registration of Marks (1989). Accordingly, Khadi has been registered for an international trademark on 02.12.2014 (application no. 1272626). All in all, it seems that to protect khadi artisans in India, the ever vigilant KVIC is fighting a battle on many fronts.