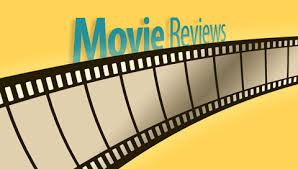 We are glad to bring to you a guest post by our Fellowship applicant Shubhi Sharma. Shubhi is a 4th year student at Rajiv Gandhi National University of Law, Punjab. This is her first submission for the Fellowship.

As somebody born in the 90s, I have been a part of a terrific transition in relation to the cinematic world. Within a span of 20 years or so, this film industry has gone from posters to trailers to teasers to month long promotional events. Resultantly, almost every week there is a review about a Friday release followed by web posts about the general opinion of the public. So, the weekend is not just about popcorn and cola anymore; it’s more about catching reviews of not just acclaimed film critics but also of about anyone else with an opinion on it.

There was a time when professional film critics would review a film and inform the awaiting audience if it is a good or a bad film, do the actors perform well in it or if it is a film worth to spend money on along with a subtle hint about the plot. Such reviews contained the suspense about the film among the viewers. However, nowadays there is less drive in people to go and watch a film. While illegal live streaming of films is an active reason for this loss in audience the other passive reason responsible for such reduction in a film’s audience is the abundant availability of online film reviews which, as I argue, is a new form of online piracy to which traditional rules of fair use cannot apply.

But first things first, let us have a look at the relevant concepts.

What is Online Piracy?

To put it simply, any copyright holder (rights in respect of films are covered by Copyright Law) has the exclusive right to distribute, reprint, translate, and license the work created, either as a whole or any part thereof, to anyone and piracy as an act of infringement, is the unauthorised use of the copyrighted work. Online piracy is the extension of the same act but only on web space. Forms of online piracy vary according to the platform they operate on. New addition to the list is, in my opinion, online film reviews. However, theoretically, film reviews are saved by the doctrine of fair use from being constituted as an act of infringement.

Emancipating from the doctrine of equity, fair use stands as an exception to unauthorised reproduction or use of copyrighted material which would otherwise tantamount to infringement. Section 52 outlays ‘review’ as a form of fair use and penning a film review on whatsoever platform would fall under this category. Basic purpose of section 52, in the form of public interest, is to extend protection to freedom of expression under Article 19(1) of Constitution of India. However, this protection does not operate in absolutism. If the review is an act of infringement, it cannot be permitted merely because it is claimed to be in public interest.[1]

When it comes to motion pictures, defining an act of infringement is an improbable task. This was set easier in the case R.G. Anand v. Deluxe Films[2], wherein the court held that literal imitation of copyrighted work, albeit slight variation, would be an act of infringement or in other words, the copy must be a substantial and material one. Substantial and material copying does not have an exhaustive definition to its credit; it is more a matter of facts and circumstances.

Digital platform cannot control who writes the ‘film reviews’ or ‘reviews about the film’. There is a hairline difference between both the expressions. While film review stands for the conventional assessment of a film concerning the plot, performance and other things, the latter expression represents this new form of review about the ideology of the film. For example, theladiesfinger.com has this written article on the kind of misogyny the movie Badrinath ki Dulhania represents. While this piece, as titled, intends to question Alia Bhatt’s role in this film, it gives away play-by-play action of the movie on the very next day of its release i.e. 11th March, 2017. Similarly, an article on youthkiawaaz.com publicised the twist in the action thriller Kaabil 5 days after its release.

Another feather in the cap is live-reviewing a film through a blog post or via twitter. Live-reviewing, traditionally used as a broadcast platform for real-time events like press conferences, sports events or even Oscars for that matter, has become a mode of publicising the film action-by-action on the same day of its release. For instance, here is a live-review of the film Kaabil and of Badrinath Ki Dulhania available at firstpost.com. These reviews not only post comments about the film but also include verbatim dialogues and scene-by-scene enaction.

The motive behind the aforementioned example is to show you that I did not come to know about the film’s plotline and essential twists from a single web source but multiple sources, all of which pertained to different parts of the film independently. Thus, if we take each review in isolation, it would not be piracy due to absence of ‘substantial taking’.

Therefore, if we club all the sources together or take them in isolation, then we have an unprecedented form of online piracy, to which our traditional copyright laws will not apply, as the plot, the twists and essentials of the film are out in the open and ultimately a reader of such reviews, like me, does not watch the film.  The guidelines set out in R.G. Anand’s case will be inoperative in such a case because firstly, guidelines pertaining to literal imitation or substantial copying as laid down in the case will not cover such reviews; be in isolation or collective. Secondly, this case held plot and themes as not copyrightable but such reviews, as exemplified above, do not just give away the plot rather they provide action-by-action enaction of scenes in the film which are copyrightable per se.

Online film reviews will not be per se actionable under the current design of our copyright law including judicial pronouncements. This is because firstly, such reviews need acceptance under the category of infringement in copyright law and secondly, producers will have a hard time figuring out which film reviews have violated their copyright as it would be realistically more impossible than finding websites hosting illegal streaming or downloading of a film. Therefore, until the time we possess the technology which will carve out only the infringers and not pose harm to the innocent reviewers, we can, by word of law or through judicial pronouncement, restrict reviews about a film on online portal for the time the film remains active on box office. This would protect the producers from their inevitable monetary loss due to no-show-of-public and would also not violate the right to freedom of expression of such authors; this would merely postpone their right to one week or so, as the case maybe.

Reporting of such film reviews is quite annoying not only to the film industry but also to the viewers because it kills your drive to watch a film. Although, India’s law is currently incapable of making such a case actionable, but the judiciary’s recent drive to uphold IP rights provides some sunshine to this gloom. Judicial inquiry into this would unfold an interesting legal drama.