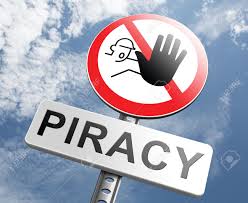 We are pleased to bring to you another guest post by our Fellowship applicant Aishwarya Ambardekar. Aishwarya is a 4th year student at ILS Law College. This is her second submission for the Fellowship.

Google, Bing, the British Phonographic Industry (BPI) and the Motion Pictures Association (MPA), in collaboration with the Intellectual Property Office (IPO) have recently entered into what is considered a ‘landmark agreement’- the ‘Code of Practice on Search and Copyright’ (The Code), – towards curbing piracy and promoting the use of copyrighted content from legitimate sources. This agreement is the result of several clashes and between Google and right holders’ organisations, which have repeatedly accused Google of turning a blind eye to the rather rampant piracy issue.

The Code, as agreed upon on the 9th of February, 2017, gained effect immediately and targets for a visible drop in the usage of pirated content by June 1st, 2017. This six month period is basically a cooling period, after which the IPO will assess the effects of the Code, and prepare a report which will make recommendations. Such recommendations could include the imposition of heavy penalties and sanctions against those search engines who fail to comply with its provisions.

As per the Code, search engines shall have to demote websites that have been repeatedly served with infringement notices from right holders, so that such websites do not appear on the first page for common searches. The Code also mandates the removal of any suggested autocomplete terms that would redirect a user to an illegitimate source.

The Code, apart from evolving methods of its own, also borrows from and banks upon existing anti-piracy measures taken by the Government, and is to operate in tandem with them. These measures, albeit effective, do not present a permanent solution to the piracy problem- a difficult problem to tackle, due to the ever-changing contours of the digital world, which render any system obsolete rather rapidly.

It is hoped that the creation of a ‘Voluntary Code’ would increase the chances of compliance with the Code, as it would be the result of an understanding between the parties. Additionally, it would ensure faster results and be cost effective.

Section 97A of the CDPA, empowers the High Court to issue an injunction against an Internet Service Provider (ISP) who has ‘actual knowledge’ of a subscriber using it’s service to infringe a copyright. This section was first used only in 2011 in the case of Twentieth Century Fox v. British Telecommunications Plc, (Fox v. BT). This case relates to a previous one, where the High Court held that the website ‘Newzbin’ was committing significant primary and secondary infringements of the Studio’s copyright in major Hollywood Films. Following this order, Newzbin quickly shut down, but was soon replaced with Newzbin2, a website providing the same services as Newzbin, but operating outside the UKs jurisdiction.

In Fox v. BT, the primary defences put forth were that it was Newzbin2 that was being used to infringe copyrights, and not BTs services. Secondly, BT also contended that it did not have actual knowledge of the infringement.

In this regard, the High Court ruled that:

The DEA was the first legislation that brought subscribers of illegal websites under the scanner, and made provisions wherein ISPs had to issue Copyright Infringement Reports (CIR) on the breach of a copyright. After a prescribed number of CIRs had been sent, the right holder, after obtaining an order from a Court, could obtain from the ISP the personal information of the infringing subscriber and initiate an infringement proceeding against him. Further, Section 17 of the DEA made provisions for website blocking i.e., it proposed restricting access to a ‘location’ from which copyrighted material could be either obtained, or made available, or both. However, since the web-blocking provisions of the DEA were too broad and did not propose a remedy which would offer results faster than the CDPA, the sections were removed from the Act. A more detailed understanding of the sections may be found here.

OC and the IWL were initiatives launched by the City of London Police’s Intellectual Property Crime Unit in 2013. Advertisements from reputed sources tend to give the disreputable website a look of legitimacy, which misleads bona fide users. OC therefore majorly involved cutting the revenue earned by disreputable websites through adverts from reputed brands. This was achieved through the creation of the IWL- an online portal that makes an exhaustive list of all the infringing websites. This portal can be accessed by brands so that they ensure their ads are listed only on legitimate websites.

The reduction of Ad Revenue has also been contemplated as a measure under the Code, where search engines are to provide processes to promptly remove ads from specific advertisers that link to infringing content in response to notices from right holders, and terminate advertisers that receive repeated notices of infringement.

In 2014, representatives from UK’s creative industry and the four main ISPs in the UK, with the support of the Government, launched the CCUK to promote consumer awareness and encourage internet users to opt for legitimate content providers. The CCUK essentially adopted a two-fold approach:

The CCUK was intended to serve a purely educational purpose, and did not adopt any stringent measures which would curtail piracy and take more concrete steps towards abolition of the same.

The Code so enacted is the first of its kind in the UK, though similar measures have been adopted by countries with proactive anti-piracy regimes. India has, by means of the IT Act and the Copyright Act, attempted to assign some form of liability onto ISPs and infringers, but these measures do not take into consideration the dynamic nature of the issue. As a country with inadequate anti-piracy measures and a rather rampant piracy problem, the measures proposed by the Code are ones India should emulate, as it attempts to present a solution of a slightly more permanent nature, and is definitely a step in a positive direction.