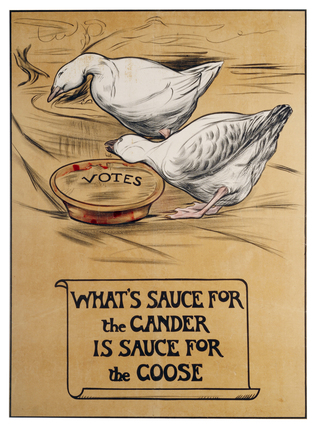 Hold on! Surely the title is misleading. The US never ever issues compulsory licenses (CL’s)! At least that’s what the tone and tenor of the notorious Special 301 reports suggest. Where, year after year, the US government takes issue with countries that have the temerity to tame patents through compulsory licenses.

India issued just one license in the post TRIPS era, and look at how much flak we’ve already received! Even the latest special 301 report continues the anti-CL rant.

Ahh well, if Janus was around, he’d be particularly pleased with the USTR. And their duplicitous demonizing of CL friendly countries. For, on their very same home turf, the US routinely grants CL’s. Except that they do this through their courts, invoking progressive equitable doctrines to deny injunctions to patentees with valid patents that are admittedly infringed.

Quite apart from this, the US government routinely steps over private patents and uses them with gay abandon (what we call “government use” provisions). A set of provisions that were cleverly brought to their notice by Indian negotiators (particularly Jayashree Watal) more than two decades ago to ensure that TRIPS did not clamp down heavily on CL flexibilities, but left it open for countries to decide as to when and how they wished to issue such licenses.

In an earlier post some years ago, I noted the frequency of these judicial compulsory licenses with a notable one issuing as far as back as 1930’s. (Milwaukee vs Activated Sludge).

And now, just a week or so ago, the US courts did it again. In a case involving Nichia, the famed LED corporation which got itself entangled in a controversy for paying a pittance to its Nobel winning employee Shuji Nakamura (credited as one of the co-inventors of the efficient blue LED); an injustice that was finally redressed thanks to a Japanese court that awarded him a whopping 20 billion yen ($189 million))!

Anyway, Nichia owned a couple of patents pertaining to certain kinds of LED products and processes for making them. And sued Everlight Electronics, a very small player in the market who allegedly infringed their patent. Not so fast! said the court. eBay requires that four factors be satisfied. And all these four factors, as listed below must by necessity be satisfied by the plaintiff:

(1) that the plaintiff will, absent an injunction, suffer an irreparable injury; (2) that remedies available at law, such as monetary damages, are inadequate to compensate for that injury; (3) that, considering the balance of hardships between the plaintiff and defendant, a remedy in equity is warranted; and (4) that the public interest would not be disserved by a permanent injunction.

The first factor (and my favourite one) focusses on “irreparable injury”.Stripped to its bare minimum, this factor essentially requires the plaintiff to prove that the injunction is the only “real” way to redress the injury. Put another way, the court asks: is the injury reparable through monetary damages? If so, then no injunction! Given that money can buy you almost anything these days (even “love”: sorry Beatles!), one might be tempted to ask: is there any patent injury that cannot be compensated with money these days? But we’ll leave this philosophical meandering for another day.

In the case at hand, the court held that there is no irreparable injury owing to the following factors:

In short, even after it was found that the patent was valid and infringed, the US Court of Appeals for the Federal Circuit (CAFC) held that the patentee was not entitled to an injunction or a restraining order. Rather it had to be content with damages for continuing infringement. In practical terms, such damages would be in the nature of ongoing royalties to be paid to the patentee.

If this is not a compulsory license, then what is? As Judge Rader caustically remarked in the context of one such judicial license (Paice LLC v. Toyota Motor Corp):

So the next time the US govt cries foul, these court decisions on compulsory licensing must be politely brought to their notice. Surely, what’s sauce for the goose is sauce for the gander? Particularly in saucy times such as this…

Ps: And while US courts do a fairly decent job of explicating the standards for an injunction and largely adhering to them, Indian courts have made a hotchpotch of these criteria and we’re left with little to no clarity on this. Our recently joined fellow Maitreyee will bring you a more elaborate post on this soon.