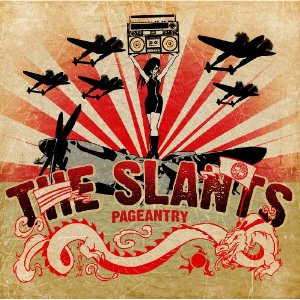 The Slants. Album artwork from here

In Part I of this post, I reported on the US Supreme Court’s groundbreaking judgement in Matal v Tam, which held that trademarks qualify for the protection of speech under the first amendment of the constitution of the US, and consequently, a provision of law which refused registration based on the fact that such trademarks may be disparaging to certain individuals or groups, was struck down.

This post examines the issues in Matal, on the relationship between trademark law and free speech, from the perspective of Indian law.

Grounds for Refusal of Registration under the Indian Trade Marks Act

Laws restricting the registration of trademarks which are offensive or otherwise are viewed as harmful exist in several jurisdictions, for example, in the UK, in Canada and in Australia. In fact, the Paris Convention as well as TRIPS provide an exemption for countries to deny trademark registration, if the same are ‘contrary of morality of public order’.

In India Section 9 of the Trade Mark Act, 1999, contains provisions similar to the provision of the Lanham Act struck down by the US Supreme Court in Matal. Clause 2 of Section 9 provides that –

“A mark shall not be registered as a trade mark if—

(a) it is of such nature as to deceive the public or cause confusion;

(b) it contains or comprises of any matter likely to hurt the religious susceptibilities of any class or section of the citizens of India;

(c) it comprises or contains scandalous or obscene matter;

(d) its use is prohibited under the Emblems and Names (Prevention of Improper Use) Act, 1950.”

There is no link between Section 9 and the function that trademark protection fulfills –identifying the origin of a product or service and to prevent consumers from being misled. Scandalous, obscene or otherwise offensive trademarks can undoubtedly still be a distinct identifier of source and thus fulfill trade mark law’s central purpose.

I could not come across any judgement which interprets the scope of Section 9 of the Trade Marks Act (if anyone has, please do share). However, the draft Trade Marks Manual issued by the Trademark Registry, provides some guidance as to how the registry might apply Section 9. The Manual helpfully notes that, in respect of scandalous or obscene trademarks “…in order to make this assessment, the Examiner must be objective, not subjective. Objectivity means being neither out of date nor a trend setter; not setting some kind of moral standard but also not being insensitive to public opinion.” However, arguably, the draft Manual sets some fairly subjective standards to base registration upon, stating that a distinction must be made between what amounts only to distaste and the mark which would justifiably cause outrage or would be the subject of justifiable censure as being likely to undermine current religious, family or social values.

Would Section 9(2) Be Struck Down in India?

Article 19(1)(a) of the Constitution guarantees the freedom of speech and expression, subject to reasonable restrictions on the exercise of the right conferred by the said sub clause in the interests of the sovereignty and integrity of India, the security of the State, friendly relations with foreign States, public order, decency or morality or in relation to contempt of court, defamation or incitement to an offence.

Indian jurisprudence also makes a distinction between commercial speech and political speech. In Hamdard Dawakhana v Union of India, the Supreme Court was considering a law that banned misleading advertisements. When this law was challenged as violating the advertisers freedom of speech and expression, the Court held that such advertisements were not ‘speech’ within the meaning of Article 19(1)(a), and that “it cannot be said that the right to publish and distribute commercial advertisements advertising an individual’s personal business is a part of freedom of speech guaranteed by the Constitution.” The Court reached its conclusion on the basis that a commercial advertisement ‘is not an propagation of ideas’ but related to ‘commerce and trade’. However, it is difficult to extract a clear principle on the non-protectability of commercial speech. In TATA Press v MTNL, for example, the Supreme Court struck down a law restricting yellow pages from being published, categorically held that “commercial speech” is a part of the freedom of speech and expression guaranteed under Article 19(1)(a) of the Constitution, on the premise that such speech would also serve a democratic purpose.

This conflicting jurisprudence makes it difficult to propose whether trade marks would qualify as ‘speech’. Can trademarks clearly devoid of any political or expressive value be denied the freedom of speech, while those which fulfil some democratic function be protected under Article 19(1)(a)? The above cases do not seem to provide a clear idea. However, even if trademarks do meet the barrier of ‘speech’ under the constitution, it would still have to be proven that any restriction on the speech is not ‘reasonable’ and in the “interest of sovereignty and integrity of India, the security of the State, friendly relations with foreign States, public order, decency or morality or in relation to contempt of court, defamation or incitement to an offence” to be struck down as unconstitutional.

Article 19(2) shows that the doctrine of ‘viewpoint neutrality’ is clearly inapplicable to India, as the constitution itself explicitly permits restriction based on certain viewpoints. However, the closest equivalent to this doctrine may be found in the rule against ‘vagueness’ of a restriction on speech. In Shreya Singhal v Union of India, the court struck down a restriction on the basis that a restriction which is vague and overbroad (in that case, proscriptions such as ‘annoying’ or ‘offensive’ speech), provides no manageable standard for the government in applying the law, and therefore permitted the law to be used arbitrarily.

Going back to Section 9 of the Trade Marks Act, the Section restricts registration of trade marks on the grounds, among others, that the mark would be ‘likely to hurt religious susceptibilities, or would be obscene or scandalous. While restrictions of speech on the ground of ‘obscenity’ have passed constitutional scrutiny in India, restrictions on the grounds of being ‘likely to hurt religious susceptibilities’ and ‘scandalous’ have not been tested on the grounds of Article 19(1)(a). It is likely that any defence of these provisions would be based on such restriction being ‘in the interest of … morality and decency’ under Article 19(2), which does not have a clear standard of applicability by Courts.

Therefore, the challenge against restrictions upon the registration of trademarks on the grounds under Section 9 of the Trade Marks Act will be far more difficult to sustain than the standard of striking down ‘viewpoint discrimination’ in Matal v Tam.