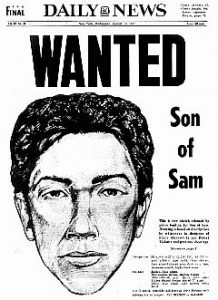 Here at SpicyIP, we’re a bunch of zealous IP nerds and geeks. Think of us as a Comic-con for IP, but running all through the year. One of the topics that has got us into a tizzy recently is that of content neutrality in IP. Just look at our track record this past year: We had one of the most distinguished IP Judges in India, Justice Gautam Patel, write for us on content neutrality in Copyrights. This was followed by an erudite retort by a doyen in his own right, Prof. Joshua D. Sarnoff. Tired of doyens, and seeking plebeians, we had a post by yours truly on content neutrality in Trademark Law. While it is easy to think of ‘immoral’ copyrighted works (Snuff films, pornographic works) etc. and ‘immoral’ trademarks (The Hitler trademarks, or the Washington Redskins marks), here’s something that might seem a bit avant-garde: Content Neutrality in Personality Rights.

In the recent SC judgement, in the “Right to Privacy” case, a lot of analysis went into the decision by the SC in ‘Rajagopal v. State of Tamil Nadu’ aka the Auto-Shankar case. As Prashant has noted here, that case dealt with the attempted preclusion by the TN State Government of Auto Shankar’s autobiography in a local newspaper. The Court, held that the publishers of the paper were free to print information from the public records, but the moment they go beyond that and publish intimate details from his life, they may be invading his right to privacy and might be liable for the consequences in accordance with law. Prashant’s take on this was with regard to how this could have a chilling effect on biopics/biographies of public celebrities who do NOT hold public office, as in the case of Jayalalitha, Veerapan’s wife and Phoolan Devi. My gripe is a little different; I grumble not due to the presence of censorship rights of this kind, but rather illegal gains of another kind. I am talking about a Son of Sam law.

Son of Sam, Father of Crime
Son of Sam laws, according to the First Amendment Center, deals with “Legislation concerning attempts to prevent criminals from profiting through sale of their memoirs and other intellectual property.” The State seeks to prevent a “market of crime” from being created, whereby criminals lead colorful lives replete with gruesome murders and high-stake bank heists and continue to profit from these actions even after conviction, through the electronic and print media. This could be through a commission of a movie based on his/her exploits or a novel detailing the intricate details of the grisly crimes, from the murderer’s point of view. Therefore, instead of creating this market of crime, the State intervenes and requires the corporation/production company entering into a contract with the criminal pays the money that would otherwise be owed to such a criminal under the contract, to a centralized state agency instead. The money then is kept into escrow, and is used to compensate the victim of the crime. In some states in the United States, this is on the commencement and recovery of a money judgment against a criminal in a court of competent jurisdiction, while in other states the money is automatically transferred to the state/victim/heirs of the victim as the case may be. There are 2 compelling state interests at hand: One, is solicitude: the State has a compelling interest in ensuring that victims of crime are compensated by those who harm them. The second is stoppage: The State likewise has an undisputed compelling interest in ensuring that criminals do not profit from their crimes.

As of now in India, we do not have an equivalent to a Son of Sam law. The closest living relative is the Prevention of Money Laundering Act, 2002. The PML Act is an act to “prevent money-laundering and to provide for confiscation of property derived from, or involved in, money-laundering and for matters connected therewith or incidental thereto.” It defines proceeds of the crime as follows: ““proceeds of crime” means any property derived or obtained, directly or indirectly, by any person as a result of criminal activity relating to a scheduled offence or the value of any such property.” Surprisingly, despite the colorful personalities we have in India, or perhaps because of it, there have been no cases dealing with whether settlement for movie rights/book rights constitute ‘indirect’ proceeds of crime. The reason why Son of Sam laws and the PML Act belong to the same genus but not species, is due to the fact that the PML Act makes no provision for transfer of the proceeds of the crime to the victim of the crime. Additionally the PML Act refers solely to money laundering cases, so it has a narrower ambit. Admittedly, I have not been assiduous in my perusal of PML case law, so please feel free to notify me in case there is case law concerning the PML Act and personality rights. All this brings us to the pivotal question, what on earth does this have to do with Personality Rights?

Turns out, a lot. Let’s assume for the sake of argument that the PML Act covers gains made through book or movie deals between the criminal and media houses. The logic is simple, no money laundering, no book deal based on the money laundering. The PML Act allows authorities to attach the property of criminals made through “proceeds of crime”. However, Justice Kaul, in his decision in the Right to Privacy held that,

“Every individual should have a right to be able to exercise control over his/her own life and image as portrayed to the world and to control commercial use of his/her identity. This also means that an individual may be permitted to prevent others from using his image, name and other aspects of his/her personal life and identity for commercial purposes without his/her consent”.

“Aside from the economic justifications for such a right, it is also justified as protecting individual autonomy and personal dignity. The right protects an individual’s free, personal conception of the ‘self.’ The right of publicity implicates a person’s interest in autonomous self-definition, which prevents others from interfering with the meanings and values that the public associates with her.”

So we have two competing state interests. The PML Act putatively, allows the state to attach proceeds from movie/book deals. In other words it prevents the economic exploitation of the self, when the self is the criminal. Conversely, if Justice Kaul’s judgement is more than obiter, every person has a right to “control commercial use of his/her identity”. In fact, this right is couched in the provisions of Art. 21. It makes no distinction between criminals or innocents. So the question then arises, “Should the State be allowed to determine who can commercialize his/her self, and more importantly condition the commercialization on criminality?” Would such a law survive Article 21 scrutiny?

Just Deserts or Kicking Someone When They’re Down?

Here is where content neutrality kicks in. Its utter insipidness aside, there is nothing preventing me from commercializing my life and making it into a movie/book, however, if there was a Son of Sam law, there would be a prevention of commercialization of the self for convicted criminals. An innocent victim? Here are your personality rights, commercialize! A convicted offender? Thanks for the money, enjoy your time behind bars. Wife of a convicted murderer? Who knows! In the sphere of content neutrality, when the content is the self, what is neutral?

Perhaps an example will help. Recently the self-styled godman (I truly wonder whether there are any other types of godmen) and head of the Dera Sacha Sauda, Gurmeet Ram Rahim Singh, was sentenced to 20 years in jail. First and foremost a convicted rapist, Gurmeet Singh is also a guru, a sect leader, and in the words of his twitter bio, “Spiritual Saint/Philanthropist/Versatile Singer/Allrounder Sportsperson/Film Director/Actor/Art Director/Music Director/ Writer/Lyricist/Autobiographer/DOP.” Conceivably, calling him a colorful person, might do injustice to his twitter bio. Now that he is in jail however, the question arises, if someone wanted to make a movie on his life, his rise from a young boy born in Rajasthan to a head of a sect at just 23 years old, to a leader of 60 million followers at age 50, could they? Under Prashant’s earlier analysis, the question that needs to be answered is in absence of authorization from Ram Rahim Singh, how much, if any information could be used in the movie? The answer was, Gurmeet Ram Rahim Singh’s permission was not required if the information is available in public records. However, for anything beyond that, his authorization would be essential as part of his Art. 21 rights. The putative Son of Sam law asks a different question: Assuming that Gurmeet Ram Rahim Singh gives his consent to a ‘tell-all’ movie or magazine interview, should he be allowed to receive moneys in the first place? And even if he does, is the state legitimate in appropriating any money he acquires and diverting it to the victim(s) instead?

To be clear, the PML Act is NOT a Son of Sam Law; it makes no provision for diverting funds from the state to the victims of the crime. Neither is it clear if the term criminal proceeds actually refers to the gains obtained through media deals. Also, as mentioned earlier, its ambit is very narrow. However, what is clear, especially post the right to privacy judgement is that in India, any future Son of Sam law, and a Personality Rights vis-à-vis Art. 21 law are at complete loggerheads with each other. Something that needs to be kept in mind for lawyers/criminals/legislators alike. Sometimes it is difficult to tell the difference.