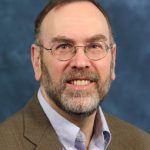 In a post that has now gone almost viral, Justice Gautam Patel reflected on the perplexing issue of whether or not copyright is content neutral. Or whether it can be subject to the filter of legality/morality. He asked a series of thought provoking questions in his post.

Prof. Joshua D. Sarnoff, a widely respected professor of law at DePaul University, has now responded to some of the issues raised by Justice Gautam Patel. Prof Sarnoff has written for us earlier as well (here).  He has a long list of coveted accomplishments to his name and his bio can be found here.

The dilemma on law and morality is a centuries-old debate. Even today, jurists have not been able to reach upon a consensus and this will remain so. Though a polar example in the context of this article, one of the prime issues in the Nuremberg trials post-World War II, was pertaining to the trial of Nazi judges who were part of the Nazi justice delivery system. Were they simply performing their roles as they should be or were they supposed to look into the moral content of law as well? If judges examine morality as well, won’t it bring in subjectivity and thereby, debilitate justice-delivery system? These are issues which remain unanswered. These are the murky issues that we hope that Justice Patel and Prof Sarnoff are attempting to get at through this insightful exchange. So here goes: I give you Prof Josh Sarnoff’s response post below:

As the introduction to Justice Gautam Patel’s blog post indicates, his Honor “is simply focusing on an academic issue and raising a series of questions around it. Socractic style! So please do read, mull and then engage with the queries he raises…”  As an American patent law academic and historian, I have endeavored to do so below (admittedly lacking sufficient knowledge of the particulars of Indian copyright law, constitutional and administrative law, and culture).  But the questions Justice Patel raised are truly not limited to a particular legal system, as a matter of intellectual property law, of constitutional and administrative law, and of the relationship between law and morality.

If one is to use history and comparison to related areas of law – here, grants of rights to exclude others from particular forms of conduct in regard to protected creative activity— then the natural place to start with regard to consideration of morality and rights to prohibit copyright in particular (morally objectionable or legally proscribed) expressions is patent law. The common law as codified in the English Statute of Monopolies placed restraints on the royal prerogative to grant whatever exclusive rights that it wished, almost a full century before regulating “copy” rights in the Statute of Anne. The Statute of Anne distributed more broadly the exclusive franchise to make copies of expressive works, from the centralized control of the Stationer’s Guild to vesting exclusive rights directly in authors (while permitting ownership transfers by authors).  There is a long history of concern in regard to censorship by the state in regard to such centralized control over copy rights, which is relevant later in this discussion.

The 1624 Statute of Monopolies imposed restraints on royal prerogatives granted by letters patent, (Other exceptions to the prohibition on monopoly grants of exclusive rights included, significantly, corporate charters.)   However, the authorized grants of exclusive rights (for “manufactures” as “inventions”) were themselves limited by the language “so as also they be not contrary to the law nor mischievous to the state by raising prices of commodities at home, or hurt of trade, or generally inconvenient.” This language reflects that exclusive rights (under the Statute of Monopolies) have always been subject to some form of policy-based, legislative constraints on their grant.

In the United States (and elsewhere), these policy-based restraints sometimes took on the character of prohibitions based on the lack of “moral utility” of the inventions (actually, based on the social dis-utility of the inventions to which a grant of exclusive rights provided a subsidy).  The moral utility doctrine precluding grants on inventions such as gambling machines, which were thought to be immoral (or “generally inconvenient”), although they were clearly functional. (Note that other policy concerns relating to “mischievous to the state by raising prices of commodities at home, or hurt of trade” remain salient in the current form of failures to work the invention for public benefit, which is the subject of a different post from Professor Basheer – https://spicyip.com/2017/06/making-patents-work.html – to which perhaps Justice Patel might also pose some good questions.) This simply illustrates that it is a long-standing historical fact that the moral “content” of the exclusive rights matters, both when legislation expressly discriminates in granting (or conditioning) exclusive rights and when legislation provides a general authorization requiring judicial interpretation not only of the extent but also of both the expressly stated and impliedly included limits of that authorization (even of a single word, as in the United States patent law Section 101 – and its predecessors’ – employment of the word “useful” in addition to “new.”  Further, even where the concern is not tied to particularly statutory language of authorization, the underlying constitutional authority for legislation may impose such “moral” limits on grants of exclusive rights.  Thus, perhaps, patents should be limited to advances in the “useful Arts,” and to grants to “Inventors for their … Discoveries” (as stated in the U.S. Constitution).  For anyone interested in the historical (and American) context of these concerns, I have previously written about the religious and moral origins of the limits on making private property (through patent grants) of  uncreative (non-“inventive”) but highly useful applications of natural and scientific discoveries, which clearly are to be excluded from grants of exclusive rights when claimed “as such” (using the European parlance).   And see http://dev.hastingslawjournal.org/wp-content/uploads/Sarnoff-63.1.pdf, at page 90 et seq.  As I argue in an article I am developing for a conference that I hope will appear in the Houston Law Review within a year, there may be constitutional restrictions based on treating such uncreative applications as discoveries of inventors under the relevant American constitutional provision, but that the constitutional restriction to the “useful arts” is unlikely to limit the expansive scope of the patent system.  What is significant is that the historic, religious morality- and policy-based content concerns continue to have force in the current time, even under differing constitutional and statutory regimes, and thus generate divisive and vocal controversies over patents granting exclusive rights for uncreative applications of new discoveries in science, nature, and intangible ideas.  Such controversies embrace patents on isolated or modified genetic materials, on diagnostic methods applying discovered (or induced) natural correlations, on stem cells or cloned sheep, and on algorithms, software, and business methods.

Turning back to copyrights and expression (rather than patents and invention), the censorship concerns noted above by Justice Patel may raise very difficult and even more troubling issues regarding the treatment of the morality (content) of the creative product (the expressive work) within constitutional systems.  This is particularly the case in jurisdictions that have strong prohibitions on speech restrictions, such as the U.S. First Amendment’s prohibition on regulating speech. However, what the issue of denying copyright protection based on content addresses is not the prohibition on regulating speech itself, but rather is a restriction on the legislative grant of incentives that promote speech (in the form of a subsidy – the legislated grant of property rights that grant legal authority to prohibit third-party speech).  This raises not the direct question of restricting speech, but whether amorality-based content-conscious restriction on the grant of rights to exclude third party speech is an “unconstitutional” condition.  For a good recent discussion of this issue in the context of “offensive” trademarks, see the brief of law professors (of which I was a signatory) in Lee v. Tam, available here: http://www.scotusblog.com/wp-content/uploads/2016/11/15-1293-amicus-petitioner-Law-Professors.pdf.

As this discussion should demonstrate, the question of morality-based content restrictions on copyright goes to both the nature of the particular constitutional system and to the actual statutory authorization and conditions for the grant of rights.  But the question is not limited to the issue of whether the constitution or the legislature has expressly or impliedly decided to impose morality-based restrictions on the grant of such rights.  Justice Patel rightly focuses principally on the latter question. Similarly, Justice Patel rightly focuses on the “automatic” nature of the grant (based on fixation), and the ex-post nature of imposing invalidating restrictions on what the legislature apparently may have authorized, which creates a negative implication that the legislature has chosen not to make such morality-based distinctions.

But the ultimate question is not whether the legislature has expressed or implied such restrictions by express or interpreted conditions in the authorizing legislation for such exclusive copyrights.  Rather, the ultimate questions are: (1) whether the legislature has chosen to prohibit the coordinate branches of government from restricting either the recognition or enforcement of such copyrights based on the morality or legality of the content (as such rights are automatic on fixation, although in other contexts such as patents and trademarks such rights require administrative grants); and (2) whether it would be constitutional for agencies or courts to do so. If the administrative copyright offices were to refuse registration on such grounds, arguably that might be within their authority (as either legislative or administrative delegated powers, depending on how one views administrative delegations) as a matter either of policy-making or as a matter of interpretation. Each jurisdiction’s constitutional and administrative law practices in regard to statutory interpretations and administrative governance may vary in this regard.   But the denial of registration will have relatively little significance, unless copyright registration is a prerequisite for enforcement of the exclusive rights and if recourse could be had to other forms of legal protection and enforcement, such as unfair competition based on unregistered content. Thus, the key question is whether the judiciary believes that the legislature has disabled them from making such morality-based content judgments in regard to enforcement or validation of copyrights (to the extent that such judicial authority is permitted by the constitutional system in regard to the regulation of expression). Assuming that the legislature has prohibited judges from invalidating such copyrights as a matter of law, judges might then decide they retained equitable authority to prohibit enforcing such morally objectionable copyrights that lend judicial power to immoral or illegal forms of expression (like many years ago in refusing enforcement of racially restrictive covenants), or even might equitably invalidate such copyrights ex-post, through granting writs such as scire facias.

In short, I encourage judges (in egregious cases, where the immorality or illegality of the expressive content and the morality of the judicial action cannot be easily contested) to engage the legislature by taking such action. They can then see whether the legislature believes that such judicial powers should be denied. Of course, given other areas of conflict within separated powers of government, perhaps this is not the most important area to assert judicial prerogatives and to enforce social morality, even if only by denying subsidies (in the form of exclusive rights) that support and encourage immoral content. But Professor Basheer and Justice Patel have certainly hit on an important area for further developments, which will (because based on moral judgments and/or illegal expressions) remain highly controversial.