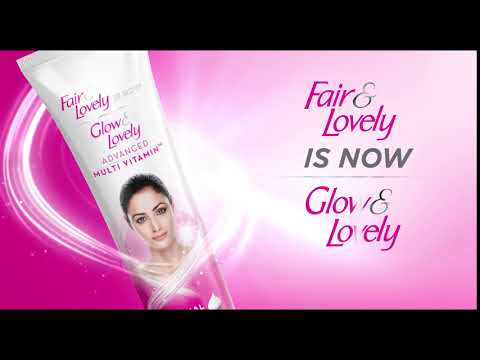 We’re pleased to bring you a guest post by Dr. Sunanda Bharti, discussing the position of law on registration and use of discriminatory trademarks and the need for prohibition on the same, in light of the recent ‘Fair & Lovely’ trademark controversy. Sunanda is an Assistant Professor in Law at Delhi University and has written several guest posts for us, which can be viewed here.

Time to Add the Discrimination Dimension to Grounds of Refusal for Trademark Registration?

As many recently discovered through the recent ‘Fair and Lovely’ trademark controversy, discrimination and IP don’t necessarily sit in separate silos. The trademark (TM) owned by Hindustan Unilever had been accused of gender discrimination and stereotyping based on skin colour. HUL, in response, decided to rename the fairness cream.

Against this backdrop, I am prompted to underscore the need for amending section 9(2) of the Trade Marks Act, 1999, which currently lists grounds for refusal of registration of a TM. These grounds include (i) scandalous and obscene matter, (ii) matter that is likely to hurt religious sentiments, (iii) those that cause public deception or confusion, and (iv) use that is prohibited under the Emblems and Names (Prevention of Improper Use) Act. 1950.

To the above list , it is only ‘fair’ that another ground be added—that a mark shall not be registered as a TM if it is discriminatory in nature and is violative of fundamental rights enshrined under Article 15 of the Indian Constitution.

Article 15(1) states that “the State shall not discriminate against any citizen on grounds only of religion, race, caste, sex, place of birth or any of them.” The overall panorama surrounding skin colour preferences in India is sufficient to indicate that darker skin color results in discrimination. Following this, my submission/assertion is that discrimination based on skin colour is also covered by Article 15.

Given this scenario, HUL’s decision to drop ‘Fair’ from their ‘Fair & Lovely’ TM and to even end references to ‘whitening’, ‘fairness’ and ‘lightening’ seems appropriate..

I emphasise that the above move, provides us with an opportunity to amend section 9(2) to include the above-suggested prohibition, so that the TM registration environment and ecosystem is unambiguously free from discrimination.

Do We Have Foreign Case-Studies of Similar Nature?

Given the lack of Indian case law on the subject, I refer to foreign jurisprudence dealing with this issue, albeit tangentially. In Pro-Football, Inc. v. Blackhorse, 112 F. Supp. 3d 439 (E.D. Va. 2015) a few native Americans petitioned for cancellation of the registrations of TM ‘Redskin’ and its 5 other variants, claiming that the marks had disparaged native Americans and brought them to contempt or disrepute (on the basis of their appearance/skin-colour). The six trademarks were registered and being used by the Washington Redskins football team.

In a complicated litigation, in 2014, the Trademark Trial and Appeal Board (TTAB) of the United States Patent and Trademark Office (USPTO) stated that the TM ‘Redskin’ and its variants were disparaging to Native Americans and that their registrations should be cancelled. In an appeal by Pro-Football, the appellate court affirmed the cancellation.’

The term ‘Fair’ in ‘Fair and Lovely’ TM produces a similar effect by characterizing any other colour as undesirable, unpleasant or contemptuous and hence projects a singular idea of beauty on the basis of skin colour.

Notably, the TM jurisprudence of the USA uses the expression ‘offensive’ for both discriminatory and obscene marks. So, ‘Redskins’ is categorised as racially offensive, while ‘FUCT’ (referenced below) is simply offensive. The language of India’s Trade Marks Act, is different because under section 9(2), the Act does take care of scandalous and obscene marks but not those that are discriminatory in nature. The word ‘offensive’ is not used.

What of Freedom of Speech & Expression?

Pertinently, as a subsequent episode to the Redskins case (in 2017), the Supreme Court of the United States (SCOTUS) while deciding a different case (Matal v. Tam), unanimously decided that “not allowing disparaging names to be protected by trademark registration is an unconstitutional infringement of freedom of speech.”

The final nail in the coffin, in this respect, was put via the 2019 case of Iancu v. Brunetti, wherein the SCOTUS determined that there was nothing wrong with the TM ‘FUCT’ [1] (used for streetwear line); and that immoral or scandalous trademarks disfavored certain ideas, and thus infringed the First Amendment which relates to freedom of speech.

In both Matal and Brunetti cases, SCOTUS was of the opinion that the TM examiner should not reject a mark based on the ‘viewpoint’ that it expressed, thus overturning jurisprudence laid down in the Redskins decision.

Had the ‘Fair and Lovely’ TM matter arisen in the USA, the usage of the word ‘Fair’ would have been considered as non-objectionable—it being a just a skin-colour viewpoint bias that displeases a few. Contrarily, in India, even if section 9 isn’t amended as above, the validity of the grant of registration could be challenged under Article 15 read with Article 19(2) – given that trademarks are considered as commercial speech.

But what of marks that are unregistered? What happens when such marks are discriminatory in nature? Here, I  submit that even outside the registration scenario, it should not be possible for racially charged or discriminatory words/phrases and labels to be even used (with or without registration) as TMs—this, simply, because it, too, would be violative of Article 15(2) of the Indian Constitution.

“No citizen shall, on grounds only of religion, race, caste, sex, place of birth or any of them, be subject to any disability, liability, restriction or condition with regard to—

(a) access to shops, public restaurants, hotels and places of public entertainment; or

(b) the use of wells, tanks, bathing ghats, roads and places of public resort maintained wholly or partly out of State funds or dedicated to the use of the general public.”

Although fundamental rights are enforceable only against the State, in Indian Medical Association v. Union of India (2011), the Indian Supreme Court extended the application of Article 15(2) to private entities by expanding the meaning of ‘shops’. To reproduce a portion from the judgment, “In this regard, the purport of the above exposition of clause (2) of Article 15, when read in the context of egalitarian jurisprudence inherent in Articles 14, 15, 16 and Article 38, and read with our national aspirations of establishing a society in which Equality of status and opportunity, and Justice, social, economic and political, would imply that the private sector which offers such facilities ought not to be conducting their affairs in a manner which promote existing discriminations and disadvantages.”  (para 113).

As such, the ratio of this decision, permits the horizontal application of Article 15(2) and dictates that if private bodies discriminate against persons on prohibited grounds – race, religion, sex, etc. – it would be unconstitutional.

In ‘Fair and Lovely’, we have a mark by HUL which discriminates on the basis of colour by projecting that the ‘not so fair’ public can shed their shame and join the league of ‘beauty’ by purchasing/using the product. I submit that this is horizontal racial discrimination, i.e. discrimination by one private player against another.

Admittedly, in case of unregistered marks, the point of controversy would arise only if the concerned mark comes under the scrutiny of a court in some litigation—when some ‘aggrieved’ surfaces. Till then, all would be latent—as is the case with violation of any fundamental right. Further, the cause of action would be more in terms of violation of a fundamental right, than any action under TM law. Nevertheless, since it has an important tangential relevance to the context of TM law, it wouldn’t be wrong to dissociate such matters completely from TM law and policy.

It might be easier to liken this issue to that of copyright and obscenity. For instance, If X writes obscene literature that is sufficiently original, there is nothing in the copyright law to prevent that; as vesting of copyright in literary works is concerned neither with quality, nor with morality but simply with ‘originality’. Thus, successful protest against that (if any) cannot possibly come by banking on the Copyright Act, but by relying on the Indian Constitution, i.e. Article 19(2) which speaks of reasonable restrictions on free speech/expression on the basis of decency/morality etc.

Likewise, my submission here, is that the protest against an unregistered discriminatory trademark should be allowed on the basis of Article 15(2) of the Constitution of India.

That being said, my submissions in this regard are admittedly ambitious and throw up questions that I myself don’t have answers for just yet. For instance, how effectively can the above be enforced against private actors – if at all? If we do accept the Article 15 argument to apply against racially discriminatory marks, can we ensure an effective downside? Meaning, shouldn’t we then be able to apply this principle against products and proprietors who commercialise a range of different biases and stereotypes – even if these fall beyond those specified under Article 15? And finally, how do we reconcile this argument with policy solutions in other cases where the ‘sale per se’ is not problematic, but the ‘product’ is – e.g, tobacco or acid, where the state regulates sale through mandatory disclaimers on the packaging, and other limits to access?

I throw up these questions to the readers. In the meanwhile, I hope for an amendment to section 9(2) as suggested above, and for the day when trademark law and policy may truly make room for my vision of Indian commercial spaces free of biases.

Whatever may be the name ultimately adopted and approved by HUL in place of ‘Fair and Lovely’, the change in the TM is a welcome pro-active step by HUL which makes business sense. There is still a long way to go before India can purge its TM registration ecosystem of discriminatory marks; and the free world of non-registered TMs is even more challenging to regulate. Till then, one may continue to have Brown and Lovely (registered for liquid lipsticks with TM Application no-4138995), Dark and Lovely (in class 3 (cosmetics etc) with TM Application no-1256074/exam report issued) and Lite and Lovely (in class 3 with TM application no 1580878/now abandoned).

[1] The owner of the TM Brunetti always claimed that FUCT trademark is pronounced by saying each of the four letters, as F-U-C-T; but the USPTO and the courts noted that consumers could read and pronounce the mark obscenely.