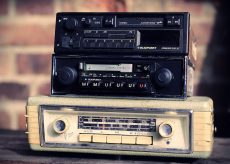 In a significant development, the IPAB has passed an interim order maintaining status quo of the royalty rate for radio broadcasts under statutory licensing. This was followed by a Public Notice seeking suggestions from stakeholders with regard to the fixing of royalty rates by IPAB.

Section 31D of the Copyright Act, 1957, which was added by the Copyright (Amendment) Act, 2012, empowers the Appellate Board to fix royalty rates for performances or radio or television broadcasts of literary and musical work and sound recordings. This section has seen its fair share of controversies, the most recent ones being as to whether it contemplates internet broadcasts within its scope (while this question remains beyond the scope of the present post, it has been previously covered here and here). The purpose behind fixing a royalty rate and interfering with the free market price negotiation process is to prevent the anti-competitive result of unreasonably high royalties that might be charged by music labels who own a large amount of copyrighted content.

Section 31D read together with Rule 31 of the Copyright Rules 2013 requires IPAB to issue a notice of its intention to fix royalties, separately for TV and radio broadcasts and invite suggestions for the determination of royalties from stakeholders. In 2010, after a series of disputes between radio broadcasting organizations and music copyright holders (see here, here and here) the Copyright Board (‘CB’) had passed an order in Music Broadcast Pvt. Ltd & Ors. v. PPL (‘CB order’) fixing the royalty rate at 2% of the net advertisement revenues of the radio organizations from radio business, charged on pro-rata basis. Prior to that, PPL charged a royalty of ₹2400 per needle hour or 20% of the net advertising revenue, whichever was higher. Finding this rate to be excessive and therefore detrimental to the growth of the already suffering radio industry, CB had brought it down to a rate that would allow the radio companies to survive. While this order has been subjected to multiple challenges, none have resulted in a change of the royalty rate. In fact, the appeal against the CB order in the Madras High Court has been pending for 10 years!

After several years of being nearly defunct, in 2017, the CB was merged with the IPAB by replacing the reference to the former in Section 11 of the Copyright Act with ‘Appellate Board’. In Radio Next Webcastion v. Union of India, the Delhi High Court had ordered that IPAB has the jurisdiction to perform the functions of the Appellate Board under the Copyright Act, regardless of the absence of a technical member for Copyright at that point. It had thus directed that the application under Section 31D be heard by IPAB. In the wake of the expiry of the CB order on 30th September 2020, applications under Section 31D have been filed in IPAB, seeking an extension of the order till new royalty rates can be fixed.

According to paragraph 14 of the Interim order, a number of music labels had sought to commence negotiations for voluntary licensing schemes from 1st October onwards. The extension was thus needed in order to prevent the immediate cessation of their services upon expiration. The respondents had initially opposed the application on grounds that the applicant is already paying higher royalties to some music labels which do not come under the CB order, and that the application for extension has been filed very late. They also argued that IPAB did not have the authority to pass an interim order for this purpose. IPAB however relied on the Supreme Court’s decision in Super Cassettes v. Music Broadcast Ltd which held that the CB had the incidental powers to preserve status quo. The time of filing argument was rejected as CB had been non-operational till 2017 and even after the merger with IPAB that year, technical members had only been appointed and joined in August 2020. Finally, IPAB ordered that the status quo shall continue between the parties as per the CB order and even against those parties whose membership of the respondent PPL had terminated after the passing of that order.

Meanwhile, a Public Notice has been issued by IPAB on 18th September inviting owners of copyright, broadcasting organizations, radio broadcasters and other interested persons to give their suggestions in writing, with adequate evidence as to the rate of royalties to be fixed. Suggestions have to be sent within 30 days, i.e., latest by 18th October 2020.

Considerations for the Determination of Royalty Rates

The royalty rate of 2% had been determined by taking into consideration a variety of factors. The radio companies had argued that the no-subscription-fee model coupled with rising competition from other modes of music consumption such as internet and TV left their business in a state of gradual decline. Since the primary ingredient of the radio business is music broadcast, a high royalty rate of around 20% of net advertising revenue or 2400 per needle hour severely impacted their profitability, thus endangering their very survival. 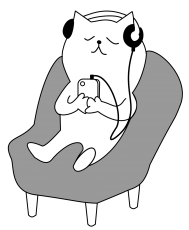 One of the points of discussions in the CB order of 2010 was whether an element of public interest is involved in radio broadcasting, making it necessary to fix a lower royalty rate. The radio broadcasting organizations had argued that they carried news items, announcements required by the government, as well as regional content. As they already operate on a ‘free-to-air’ basis, high licensing fees would make it difficult for them to serve this public interest purpose. The CB had ultimately taken the poor financial health of the radio industry into account in delivering its verdict. It would be interesting to see how this factor plays out in 2020, with the radio industry having evolved in many ways and particularly with regard to content production. The FICCI-EY Report 2020 shows that factors such as growth in internet penetration and smartphone usage, popularity of social media, and increased demand for shorter content have enabled many radio companies to start creating video, for use as marketing and ad funded content production. Moreover, it contemplates the emergence of subscription-based models and increase in interactive services through D2C community building in the near future (see pages 207-208).

The state of the radio industry has seen financial growth as well. According to the FICCI-KPMG Report 2019, the size of the industry has grown from 8.4 billion in 2008 to 27.5 billion in 2019. While the revenue generated from radio advertisements remains 3-4% of the total revenues from advertising against a global average of 8-9% (see page 123), non-advertising revenues have risen. According to the FICCI-EY Report mentioned earlier, they account for almost 7-8% of total radio segment revenues (as high as 20% for some radio companies). The popularity of radio in India also remains high, with a recent survey showing that on an average, 86% of the respondents used radio (live or on-demand) to consume music. With these rapid and multifarious changes in the radio business, would the argument against radio broadcasting being a private enterprise amenable to higher royalties still hold?

On the other hand, over the last few years, dissatisfied voices in the music industry have consolidated into a united demand to scrap off the very model of statutory licensing in favour of freely negotiated licenses in what is asserted to be a realm of private rights (Simrat Kaur presents an economic perspective on this issue, here). They argue that it is music that attracts high listenership to radio channels, and the mandatory 2% royalty rate on net ad revenues creates a situation where the music labels are denied ‘fair value’ returns for their contribution to the radio industry’s revenues. The IMI-IFPI Digital Music Study 2019 shows that between the 3 methods of radio, audio streaming, and video streaming of music, radio is responsible for 21.7% of music listening time but returns only 2.9% of the total revenue to the industry (page 14). This discrepancy has been attributed to the stringent statutory licensing model and the low royalties enforced by it. Therefore, it is highly likely that music companies might raise strong opposition to the continuation of the current royalty rate, during this consultation process.

The IPAB’s mandate of fixing radio royalties under the much criticized statutory licensing provision provides an opportunity to take these concerns into account and work out a royalty scheme that better accommodates the interests of the all stakeholders in the radio as well as the music industry. It would be interesting to see how IPAB deals with these changed circumstances.