We’re pleased to bring you another guest post by Dr. Sunanda Bharti, discussing the interface of limited edition products with copyright, design and trademark laws in India, in light of the cancellation of Ferrari’s trademark registration for the shape of its 250 GTO car (only 39 units of which were produced between 1962 and 1964) by EUIPO in July this year. Sunanda is an Assistant Professor in Law at Delhi University and has written several guest posts for us, the latest one being ‘Time to Add the Discrimination Dimension to Grounds of Refusal for Trademark Registration?‘ which was published yesterday.

Limited Edition Products and their Interface with Copyright, Design and Trademark Laws

Often, we find collectors making a beeline for limited edition products being sold by their favorite luxury brands, be it watches, cars, cosmetics or even chocolates. The limited-edition (product selling) strategy may simply involve the company selling ‘tweaked’[1] limited units of an original best-selling product that already exists, at a higher price; or it may imply sale of a first impression product. One common factor in both is that limited-edition products always come with a time window in which the end user can buy the product, for it is usually never made available at any given later point in time. The purpose is to create credibility and allure amongst consumers by highlighting the scarcity and keeping the ‘temporariness’ of the promotional period sacrosanct.

The artistic works and industrial designs comprising these limited edition products, and the trademarks they are sold under, make for an interesting study (of their interaction) respectively with copyright, design and trademark law. The object of the present post is to highlight that interface in the Indian context. 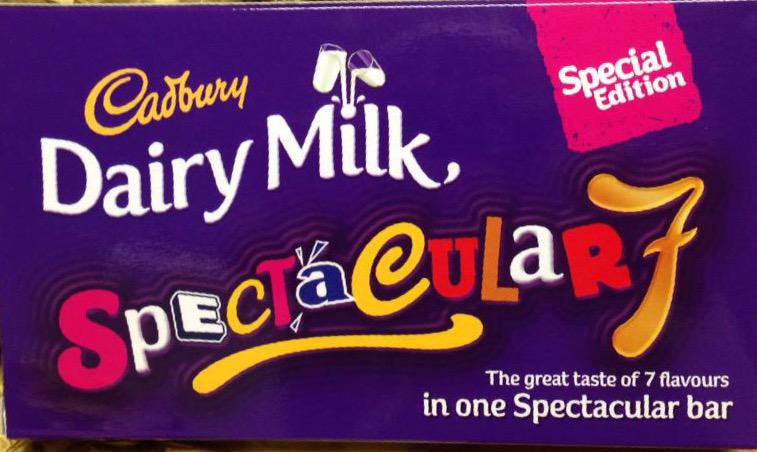 It was a limited edition chocolate bar, of which only 50 units were made/marketed. Each piece was carefully handmade in the studio kitchen of the famous food artist Prudence Staite.[2]

From the Indian intellectual property law perspective, the chocolate bar, which was touted to have been incredibly difficult to make, was an ‘artistic work’ as per section 2(c) of the Copyright Act, 1957.

It may however also be capable of being registered as a design under the Designs Act, 2000. In cases where a work qualifies as protectable subject matter for multiple types of IP, what the creator chooses as a protection mechanism would depend upon the various essential ingredients of each such type of IP protection. Assuming that these ingredients are satisfied, the duration of protection that is available to a rights holder as a result of protection, would form an integral part of IP strategy. The present instance helps highlight this:

Assuming that it was never registered as a design under design laws, section 15(2) of the Copyright Act highlights the reason why producing only 50 bars should have been desirable. The section states that “Copyright in any design, which is capable of being registered under the Designs Act, 2000 but which has not been so registered, shall cease as soon as any article to which the design has been applied has been reproduced more than fifty times by an industrial process by the owner of the copyright or, with his licence, by any other person.”

By the above logic, had the case arisen in the Indian context, Cadbury would have lost the copyright protection (and hence the prospect of a longer IP protection), had it applied the artistic work to the 51st chocolate bar as per section 15 of the Copyright Act. Interestingly, thereafter, it would have been difficult to get it registered as a design because of loss of novelty as per section 4 of the Designs Act.

Though sometimes the broad object behind copyrights is touted not to be economical but creative satisfaction, two birds are often shot by a single arrow by adopting smart business (and even legal) strategies—like exploiting the creation by launching them as ‘limited editions’ in the market.

The same example above, of the strategic call between design and copyright protection, can lead to differing strategy outcomes in some instances. In other words, sometimes the IP strategy employed in respect  limited editions might not be to harness the ‘period of protection’ edge. This is perhaps because in such cases the lure of making profits outweighs the motive of extended protection. For example, in 2016 the Luxury Swiss watches brand ‘Omega’ launched the Omega Olympic Collection Rio 2016 to entice the collectors who would have competed tooth and nail to lay their hands on this ‘must-have’ collector’s item. This celebratory version of the three watches was limited only to 3016 pieces (see image below for reference). 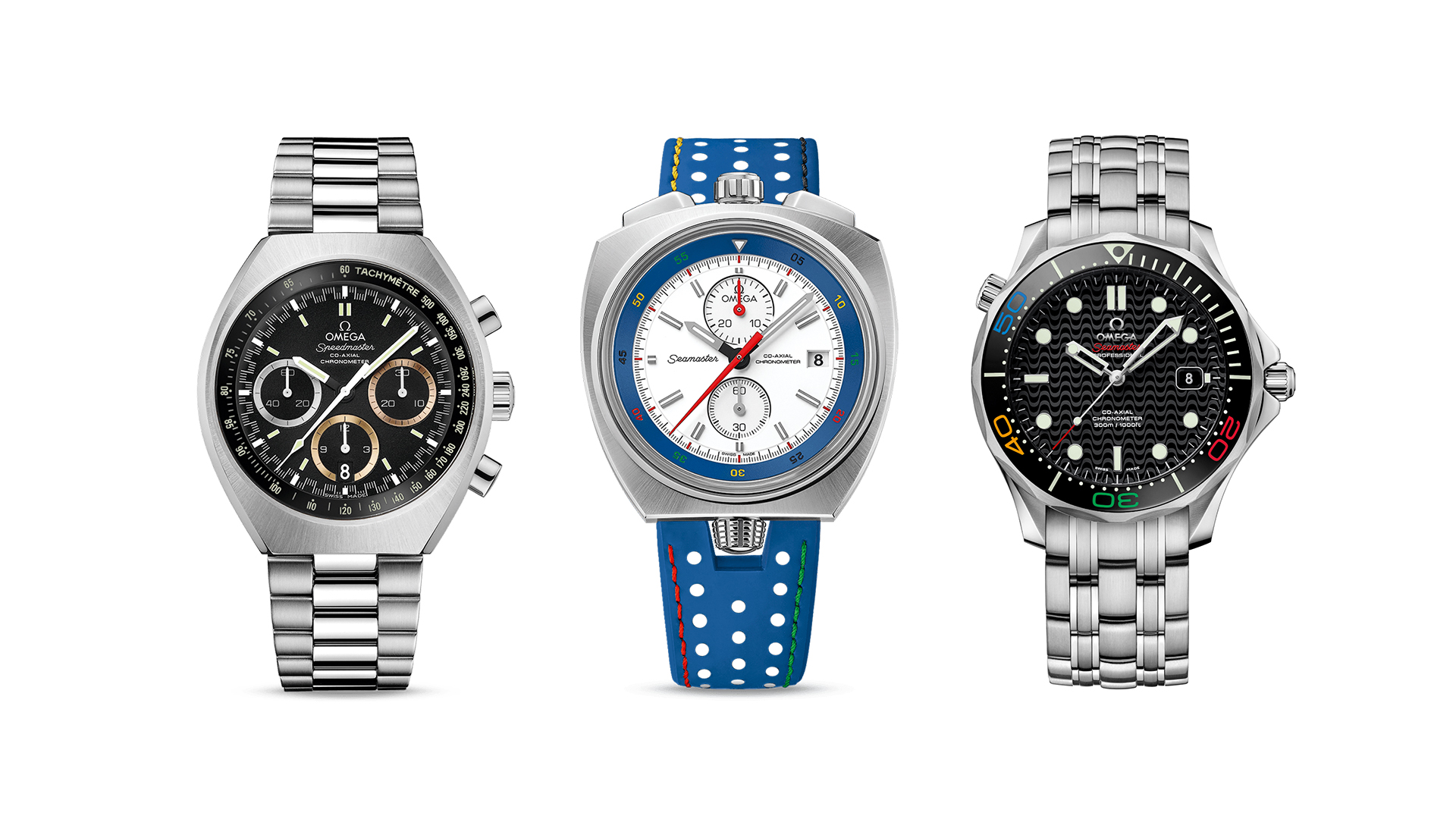 I submit that in such cases, it makes business and legal sense to get the underlying design registered under design laws and not operate under the presumptive protection of copyright laws.

In case of Omega, the ‘non-Rio’ versions of the watches are available sans the ‘Rio 2016’ logo (see image above for reference). So the trademark is unlikely to fall into disuse. But, what would happen, if manufacture is limited to a certain number and no version of the product is produced thereafter? Can the trademark continue to survive this ‘stop production’? 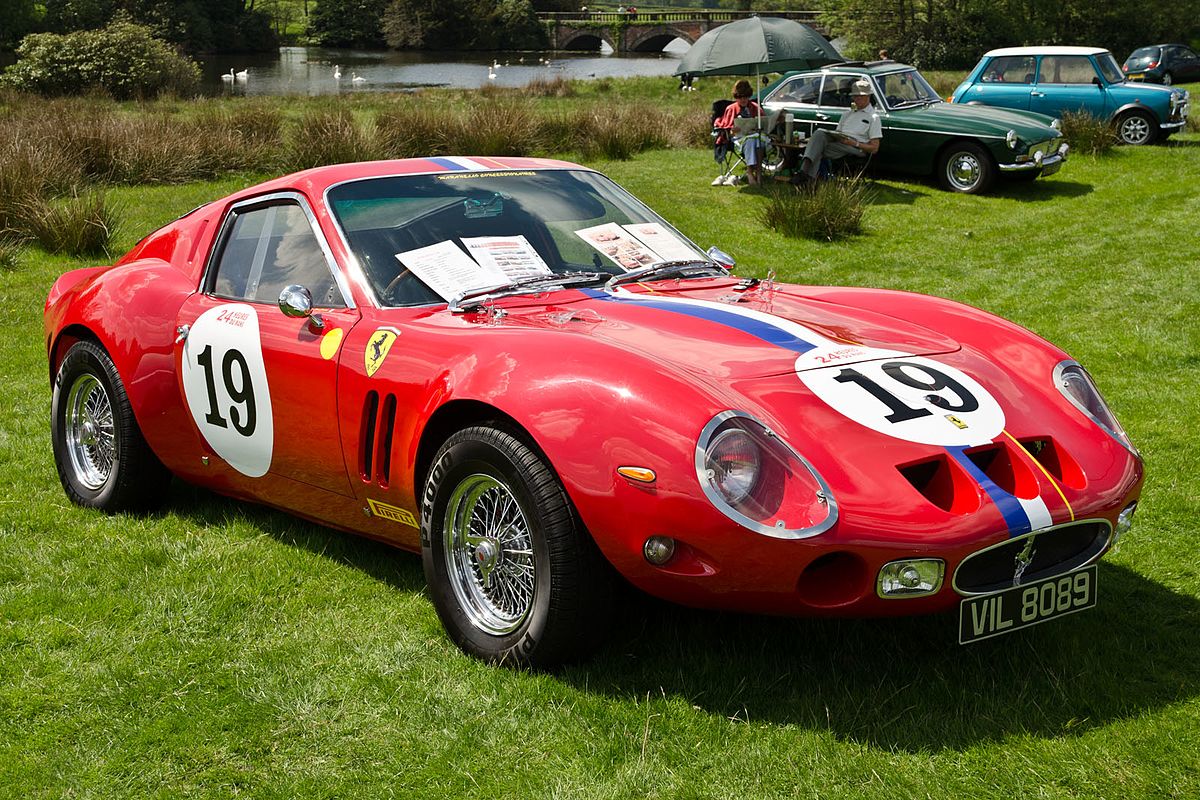 The latest case (June-July 2020) of Ferrari 250 GTO is an apt example here. GTO is an Italian abbreviation for ‘Gran Turismo Omologato’ (that is, grand tourer homologated), which means officially certified for racing in the grand tourer class. GT car was produced by Ferrari from 1962 to 1964. What is bewildering is that only 39 units of Ferrari 250 GTO were produced between the stated years and sold to individual buyers with the personal approval of the company’s founder Enzo Ferrari.

The design of the car (see image above for reference) is a registered shape trademark.

The 250 GTO shape mark was registered in 2007-8 under three classes of goods, namely clothing (Class 25), games and playthings, including model cars (Class 28), and vehicles (Class 12).

In July 2020, the Cancellation Division of the European Union Intellectual Property Office (EUIPO) determined that the trademark registration that Ferrari held for the shape of the classic car since 2008 was no longer valid.

Ares Design, an 8-year old auto company, wanting to develop a modern version of the 250 GTO, initiated the proceedings with EUIPO in 2018. It claimed that the application for registration by Ferrari was filed in ‘bad faith’–as a defensive mark, in order to block third parties from producing and selling similarly built sports cars. It substantiated that Ferrari had stopped making any 250 GTO cars under that shape trademark since 1964–last model was made 43 years before the 2007 application for registration.

Additionally, calling for cancellation of the mark, Ares maintained that Ferrari had failed to use the mark for a continuous five year period; and hence registration (EUTM No. 006543301) of the concerned mark was liable to be cancelled.

A law similar to that of the above EU provision exists in India under section 47 of the Trademarks Act, 1999 which highlights that rights in a registered TM revolve around the ‘Use it or Lose it’ motto.

The provision broadly states that a registered trade mark may be taken off the Register (upon an application made by an aggrieved—in this case Ares) if—1) the aggrieved is able to prove that the applicant never had any bona fide intention to use the concerned TM in relation to the goods/services for which he has gotten it registered and that there has, in fact, been no bona fide use of the concerned trademark in relation to those goods or services, up to a date three months before the date of application for removal.

Another circumstance of removal may be that – 2) the TM was not being used for a continuous period of five years or longer (counted from the date on which the trade mark is actually entered in the Register, up to a date three months before the date of application for removal) has elapsed during which no bonafide use of the trademark (in relation to those goods or services for which it is registered) was made by any proprietor of the mark.

In effect, Ares asked for cancellation of 250 GTO mark on both the above counts using the contemporaneous EU law. This was accepted by the EUIPO, which clearly demonstrates the dangers of operating purely on the ‘limited edition business strategy’. Lack of production of 250 GTO cars on part of Ferrari, very few sales of their spare parts etc, all led the EUIPO to conclude that there was no sufficient ‘use’ of the TM by Ferrari, under Class 12 (vehicles) category. Likewise, no proper use could be demonstrated in relation to Class 25 (clothing).

As a result, Ferrari’s registration of the TM 250 GTO in relation to Classes 12 and 25 was struck off and only Class 28 (toy cars) remains in force. Although EUIPO’s word is not the last in the matter, its decision contains an important lesson for proprietors of luxury TMs operating solely on the limited edition strategy—that the tactic might fetch them insane profits but might make them lose the asset altogether if they keep the TM sterile for long.

PS: For Ferrari, the implication of the above decision is profound—it means that it may not be able to bar others (like Ares) from replicating the shape of their iconic sports car.

[1]     It should not be a slight, trivial or infinitesimal variation.

[2]     Prudence makes chocolate sculptures and food art. She sculpts chocolate and food into edible art. A huge range of paintings and sculptures have been eaten and enjoyed all over the world.