In this post, Adyasha discusses the IPAB’s recent interim order which maintains the status quo of the royalty rate for radio broadcasts under statutory licensing. Subsequently, IPAB issued a public notice inviting suggestions from stakeholders regarding fixing royalty rates. Adyasha analyses the context in which Section 31D of the Copyright Act was added by way of amendment in 2012 to note that the purpose of the provision was to prevent the anti-competitive result of unreasonably high royalties charged by music labels that own a large amount of copyrighted content. She discusses the order of the Copyright Board in this regard, which brought down the royalties to a rate conducive to the survival of the radio industry, and the challenges to it that are still pending. Then she goes on to analyse the IPAB’s interim order before concluding with evolving industry considerations such as consumer demand, the business model and revenues of the radio industry as well as the criticism of the statutory licensing provision to highlight factors that need to be accounted for while fixing royalty rates.

Limited Edition Products and Their Interface with Copyright, Design and Trademark Laws

In this post, Dr. Sunanda Bharti, discusses the interface of limited edition products with copyright, design and trademark laws in India, while focussing on the cancellation of Ferrari’s trademark registration for the shape of its 250 GTO car (only 39 units of which were produced between 1962 and 1964) by EUIPO in July this year. She notes that copyright in any design is lost in India if the design is capable of being registered but not registered under the Designs Act, 2000 as soon as the article to which the design has been applied has been reproduced more than fifty times by an industrial process. Dr. Bharti uses the examples of ‘Cadbury Dairy Milk Spectacular 7’ limited edition chocolate bar and ‘Omega Olympic Collection Rio 2016’ to illustrate that strategic calls between design and copyright protection can lead to differing IP strategies. In the context of Trademark protection, she highlights that limited-edition products may not constitute sufficient use of trademark to be granted protection in the absence of continuity of use. However, she highlights that sometimes the prospect of profit can outweigh the motive of extended protection. 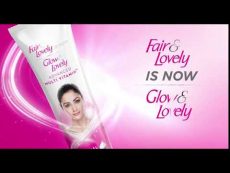 Time to Add the Discrimination Dimension to Grounds of Refusal for Trademark Registration?

In this post, Dr. Sunanda Bharti argues for amending section 9(2) of the Trade Marks Act, 1999, to include the discriminatory nature of a mark or its violation of fundamental rights under Article 15(2) of the Constitution as a ground for refusal of its registration. She makes these arguments in light of Hindustan Unilever (HUL) changing the name of its fairness cream, ‘Fair and Lovely’ after being accused of gender discrimination and stereotyping based on skin colour. She asserts that discrimination based on skin colour is covered by Article 15. She also analyses U.S. law in this regard to note that the expression ‘offensive’ under the US statute applies to both discriminatory and obscene marks whereas the Indian Act only prohibits ‘scandalous and obscene marks’ without using the term offensive. However, US case law has also held that TMs shouldn’t be rejected based on the ‘viewpoint’ they express, in light of free speech values. On the other hand, even without an amendment to the Act, the registration of discriminatory TMs can be challenged under Article 15 read with Article 19(2) since trademarks are considered as commercial speech under Indian law. She also highlights case law wherein the Indian Supreme Court has permitted horizontal application of Article 15(2) rights to further her argument.

The Delhi High Court in Interdigital Technology Corporation v. Xiaomi, restrained Xiaomi from enforcing an anti-suit injunction order passed by the Wuhan Intermediate People’s Court against Interdigital, who had approached the High Court for a remedy against the alleged infringement of its Standard Essential Patents (SEP) by Xiaomi. [October 9, 2020]

The Delhi High Court in GMR Enterprises Pvt. Ltd. v. Gadham Ramesh granted an ex-parte ad-interim injunction in favour of the plaintiff as it made out a prima facie case that the news publicised by the defendant not only infringes its trademark as well as copyright in the mark, but would also cause irreparable damage to its reputation and goodwill. [October 9, 2020]

The Delhi High Court in P.M. Diesels Pvt. Ltd. v. Thukral Mechanical Works, dismissed the petition and concurred with the impugned IPAB order noting that the assignor of the trademark in question (M/s Jain Industries) was required to be impleaded when its original registration and assignment were questioned, and that impleading the assignor at the current stage after 23 years would not be appropriate. [October 9, 2020]

The Delhi High Court in Novartis AG & Anr. v. Torrent Pharmaceuticals Ltd., concerning an allegation of patent infringement pertaining to one of plaintiff’s pharmaceutical compositions sold under the brand name ‘Vymada’,  issued summons and listed the matter for hearing on December 11, 2020.

IPAB in Nripendra Kashyap of Serum Institute of India v. Assistant Controller of Patents & Designs and Bharat Biotech adjourned the matter to October 22, 2020 as the respondent’s counsel had not received any communication in the matter from the appellant or his client. [October 8, 2020]

Delhi High Court in Chartered Financial Analysts (CFA) Institute v. Brickwork Finance Academy (BFA)  refused to grant an injunction against BFA for its alleged infringement of the registered trademark of CFA, holding that ‘Finance Academy’ was a generic combination and many institutes used the abbreviation ‘FA’. [October 6, 2020]

The Delhi High Court in Manish Agarwal v. The Registrar of Trade Marks & Ors. noted that the evidence purported to have been filed under Rule 45/Rule 47 of the Trademark Rules 2017 by the Respondent/Opponent was not available online on the TM Registry’s website. It directed the Head of Trademark Registry to file an affidavit with specific details regarding documents on behalf of the Opponent uploaded online. [October 6, 2020]

The Supreme Court of India issued notice in the Special Leave Petitions filed by the Madhya Kshetra Basmati Growers Association Samiti (MKBGA) and the State of Madhya Pradesh, challenging the grant of a Geographical Indication (GI) registration for “Basmati” Rice in favour of the Agricultural and Processed Food Products Export Development Authority. From November 25, 2020, the Supreme Court will begin hearing petitions filed by various stakeholders to obtain GI registration for Basmati rice. [October 5, 2020]

The Bombay High Court in Plex Inc. v. Zee Entertainment Enterprises Ltd., refused to grant ad-interim injunction against ‘Zee’ for use of the word ‘Plex’ in its new online movie channel while also condemning the malpractice of parties moving Court at the eleventh hour in IPR cases. [October 1, 2020]

A Hyderabad Civil Court, after a legal battle spanning 15 years, held that Magfast Beverages of Hyderabad had not infringed PepsiCo’s trademark in Mountain Dew. It noted that Magfast was a prior user of the trademark Mountain Dew for packaged drinking water in Hyderabad as PepsiCo failed to establish any trans-border reputation or use in 2000 when Magfast began using the mark.