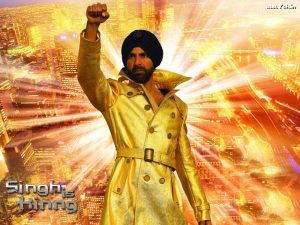 In a post last year, Prof. Basheer had informed us of a speculative piece of news that Justice Manmohan Singh, former judge of the Delhi High Court, would soon succeed Justice (Retd.) K.N. Basha as the Chairman of the Intellectual Property Appellate Board (IPAB) after his retirement. If certain recent web reports (see here, here, here and here) and an information note (which seems to be one issued by the government) are to be believed, this could well have come true!

As per these reports, Justice (Retd.) Manmohan Singh, who’s currently heading the Appellate Tribunal for Forfeited Property, has been appointed as the Chairman of IPAB for a period of 3 years in the scale of pay as prescribed in the Tribunal, Appellate Tribunal and other Authorities (Qualifications, Experience and other Conditions of Service of Members) Rules, 2017. Surprisingly, there doesn’t seem to be any mention of this appointment on the IPAB or the DIPP website or in the mainstream media.

As many in the profession know, the IPAB has been without a Chairman for over a year now after its last Chairman, Justice (Retd.) K.N. Basha retired on May 13, 2016. Since then, it has been reduced to a one-member body (with the posts of Vice-Chairman, Technical Member (Patents) also being vacant), headed by Sanjeev Kumar Chaswal, the Technical Member (Trademark), in the capacity of the Acting Chairman. Due to these unfilled vacancies and thus the lack of quorum for hearings, IPAB has been non-functional, causing a huge number of applications and appeals (nearly 50,000) to be pending before it. Earlier this year, two writ petitions were filed, one before the Delhi High Court (WP.C. 3671 of 2017) and the other before the Madras High Court (W.P. No. 6654 of 2017) seeking directions to the Government for filling up these vacancies. On 2nd May, in response to the Delhi High Court petition, the Government had submitted to the court that the appointment of the Chairman and Technical Member (Patents) was underway and likely to be completed in a period of four weeks and the court had directed it to expedite the process. As a result of these petitions or otherwise, the post of the Chairman seems to have been filled up now, but the appointment to other vacant positions still seems to be pending. One hopes that the pending appointments are also made soon and IPAB springs back to life once again.

While the appointment of Justice Manmohan Singh may at least get us a functional IPAB, it is also worrying on some counts; as noted by Prashant in a post last year, there have been “serious legal issues with the many landmark IP judgments issued by Justice Manmohan Singh” during his tenure at the Delhi High Court.

Nevertheless, given that this is now a given (subject to confirmation of this news), one can only hope for the best: that the IPAB performs its original functions (relating to patents, trademarks and geographical indications) along with the newly assumed functions of the erstwhile Copyright Board (which was merged into IPAB by the Finance Act, 2017 earlier this year) efficiently and competently. And importantly, that Justice Singh makes his decisions more lucid and well-reasoned.