Others Overlaps in IP Trademark 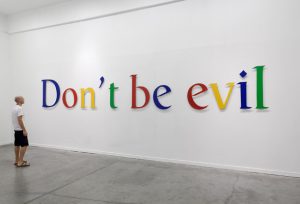 In July, I had written about the decision of the Canadian Supreme Court in Google v Equustek, to issue an interlocutory injunction against Google Inc. in Canada, and directing Google to enforce the decision in every jurisdiction in which it operates. I had argued that the decision would throw issues of Internet jurisdiction, which are largely based on judicial comity, into a tailspin. Further, I had argued that the decision creates a dangerous precedent of allowing courts or laws in one jurisdiction to affect the experience of Internet users across the world. It appears that Google has complied with the Order and has currently delinked the impugned content from all of its websites.

The Order of the Canadian SC, unsurprisingly, was not well received by Google, and has now been challenged in a US Federal Court in the Northern District of California, where Google has sought a declaratory relief that the Canadian Order cannot be enforced in the United States. Google’s complaint is available here.

Google’s first contention is that the Order violates the first amendment to the Constitution of the US, by placing a restriction on Google’s freedom of speech, without furthering a compelling interest or being narrowly tailored.

Google has also argued that the Canadian order violates US’s safe harbor provisions for intermediaries, which are contained in the Communication Decency Act. As per Google, the CDA immunizes it from liability for third party information, save for intellectual property law. Google has argued that while US intellectual property law may supersede the CDA, the Order of the Canadian Supreme Court is based on Canadian trade secret law, and would not override the CDA.

Finally, Google has argued that the Canadian Order violates judicial comity, both because it violates US law and the standards for the issuance of injunctions; and because it places the Supreme Court of Canada in a position to regulate the activities of US citizens, outside of its own jurisdiction.

The case harkens back to the Yahoo – France dispute, where Yahoo had sought for similar relief from a US Court to declare unenforceable a French Order requiring it to remove content (Nazi memorabilia) which was deemed illegal in France, but which would be permitted under US law. However, the relief was denied by the US Federal Court, which stated that it lacked jurisdiction over the defendants in the matter. Yahoo was therefore, ultimately required to globally remove the content.

In the Equustek order, the Canadian SC foresaw the possibilities of its order being in conflict with laws in other jurisdictions, yet it held that the balance of convenience was in favour of the restriction. The only safeguard against the potential conflict was that, if a Court in any other jurisdiction held that Google’s delinking of the allegedly infringing content was illegal (as per its own laws), such evidence could be brought before Canadian courts to suitably modify its Order. A declaratory judgement from a US Court would ostensibly qualify as evidence of jurisdictional conflict, as per the order.

Notwithstanding the result of such a challenge, the foundation of the decision still remains flawed and sets a dangerous precedent for holding intermediaries liable for third party content. While large intermediaries like Google may find the economic costs and benefits of challenging such a decision to be in their favour, for many smaller intermediaries, even the theoretical possibility of costs or liability being imposed can cause them to disproportionately restrict what may otherwise be legitimate content, let alone challenging such decisions in various national courts.