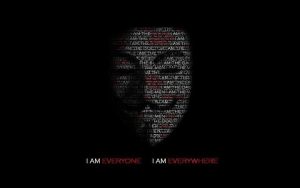 Like the internet, the DHC too seems to be all over the place.

In my last post, I examined some recent judgements of the Delhi High Court where the DHC had to grapple with the issue of when jurisdiction should be exercised in cases where a jurisdictional claim rests on an online transaction. As the summary of cases shows, the DHC came to contrary conclusions in cases with very little between them as far as facts are concerned.

In this post, I want to identify some of the issues in the DHC’s recent jurisprudence and why they are so problematic.

Inconsistency and lack of a principled approach to territoriality

An analysis of the aforementioned cases shows that courts do not go by a principled approach when determining whether jurisdiction should be exercised. This possibly stems from the divergence in the court’s views in Banyan Tree and in WWE v Reshma.

To recap, in Banyan Tree v A. Murali Krishna Reddy, the DHC assessed whether it could exercise jurisdiction on the basis that the cause of action arose within its jurisdiction, which permits jurisdiction to be exercised under Section 20(c) of the CPC. In a well-reasoned decision, the DHC applied the ‘purposive availment’ test to determine jurisdiction. The DHC held that to establish jurisdiction, the Plaintiff had to prima facie establish:

In addition to the grounds under Section 20, the Copyright and Trademark Act permit a Plaintiff to institute a proceeding wherever it actually and voluntarily resides, or carries on business, or personally works for gain. In WWE v Reshma Enterprises, the DHC had the opportunity to interpret this requirement in the context of online transactions. The DHC chose to disregard the rationale of the ‘purposive availment’ test laid down in Banyan Tree, stating that it applied only to an analysis of the cause of action of a dispute and not to whether business was carried on in a particular jurisdiction. The DHC held that, as contracts could be concluded on the plaintiff’s website to customers in Delhi, where payments were also initiated in Delhi, the plaintiff could be construed to carry on business in Delhi. The DHC’s ruling that ‘the availability of transactions through the website at a particular place is virtually the same thing as a seller having shops in that place in the physical world’ is particularly telling in its rejection of the principles laid down in Banyan Tree. The standard laid out therein essentially subjects any place where the internet (and therefore a plaintiff’s services) are accessible (and where, therefore, contracts can be said to conclude) to the jurisdiction of that court.

A large part of the confusion about standards to apply in assessing jurisdictional claims emanates from vagueness the DHC’s ruling in WWE v Reshma. In particular, the DHC has relied upon this standard to justify its exercise of jurisdiction over foreign defendants in ICON Health v Sheriff Usmaan, and has used the ‘concluded contract’ framework to analyse jurisdiction in Impressario v S&D Hospitality.

There is a clear principled distinction between the DHC’s rationale in Banyan Tree and in WWE v Reshma. The former expressly holds that the mere accessibility of a website is not sufficient for a court to claim jurisdiction over a dispute. The rationale is not strictly limited to assessing the cause of action, stemming as it largely does, from personal jurisdiction cases in the US, where the distinct requirements under Section 20, CPC are not present. However, the DHC in Reshma chose to disregard this claim and claimed jurisdiction on the basis of ‘availability of transactions’. The divergence in principles has not been adequately explained either in Reshma or in subsequent cases. The result has been that jurisdiction in the DHC seems to have become a guessing game, as the diverging views highlighted in the last post show.

Towards a Principled Approach to Jurisdictional Claims

The final, difficult, question remains of how this impasse should be resolved. Besides the ambiguity of jurisprudence, overzealous claims of jurisdiction are quite problematic, as we have pointed out on this blog before. In particular, low thresholds for exercising jurisdiction have a deleterious effect on defendants by forcing them to contest legal claims in unrelated and inconvenient jurisdictions; further, it has deleterious effects on judicial comity between co-equal courts. The question must necessarily be framed within the context of the territoriality of the impugned actions or parties. There are two options which the court could consider here –

One path for the court could be to apply a unified approach stemming from the Banyan Tree application of the US Zippo Test. The ‘purposive availment’ test can be imported from a cause of action analysis to an analysis of ‘place of business’ for the plaintiff or defendant, as the case may be, and there is no principled reason that this test should be departed from. Applying this test would solve the issues of overzealous exercise of jurisdiction and would also require the courts to assess each online transaction (which is being used as evidence of territoriality) in order to assess whether the relevant party intended to target users in the forum state.

Another path, as suggested by scholars C. Douglas Floyd and Shiaa Baradaran-Robison, opts for a more objective standard, where the court can assess on the facts of each case whether the defendant can be said to be put on notice that they may be amenable to a forum court’s jurisdiction due to the effects of their online activity in that court. This approach, however, cannot account for the situation under the Indian Trademark Act and Copyright Act where a Plaintiff may approach a court in a forum where the Plaintiff resides, or carries on business.

Court’s across the world have struggled to grapple with the issue of claims of jurisdiction in cases with online elements, and the question does not have any clear, conclusive answer. However, the Delhi High Court’s decisions place it at a very extreme end of a spectrum of reasonable analyses of the issues involved, with much room for improvement.