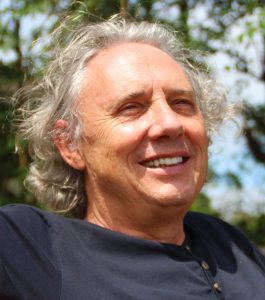 We are pleased to bring to you a guest post by Achille Forler, Advisor to the Indian Performing Right Society (IPRS).

After graduating in Graphic Arts, Achille studied Indian Culture (M.A.) and Sanskrit (Ph.D.). He has 35 years of experience in the creative industries. Founder-director of a cultural centre in the 1980s, he was Attaché for Cultural Industries in the French Ministry of Foreign Affairs (1990-94). He co-organised the first Asia-Europe Symposium on Cultural Industries, November 1995 in Goa. Achille pioneered music publishing in India with Deep Emotions Publishing in 1996; the company was acquired by Universal Music Group in 2012. He continued as MD of UMPG (India) until May 2016. He has been an Advisor to the Indian Performing Right Society since June 2017.

Achille was an elected Member to the Assembly of the French Expatriates for 16 years as well as a member of the Committee on Education, Culture and Communication. He was also part of the three-member Task Force on the Restructuring of Prasar Bharati (1999-2000). With Pravin Anand, he represented India at the UNCTAD High-Level meeting on Creative Industries in Sao Paulo (2004). Achille also represented CISAC (International Confederation of Authors-Composers Societies) before the Joint Parliamentary Committee on the Copyright Amendments.

And the Wind Invented the Windmill

In a ‘day after’ reverie at the start of the New Year, Prof. Shamnad Basheer mused here over the philosophical concept of “newness”. He wondered if “all [is not] already inherent’, [but] merely waiting to be discovered?” and saw the advent of AI as the end of ‘combinational creativity’ (sic!). His sign off: let’s “celebrate the death of the patent system” and go” for creative experimentation in our legal regime.”

This debate on the justification, scope and social utility of intellectual property rights is the flipside of IP and is unlikely to be ever resolved. Shamnad advocates a radical revisiting of a concept, newness, that he feels has become an “obsession”. This is certainly a point worth debating.

First, let’s examine the witnesses marshalled by Shamnad in support of his approach.

Socrates refused to write because the written word was an imperfect receptacle for the Truth. Had he taken this belief to its logical conclusion, he would have stopped talking and become a mauni baba. His disciple Plato did the writing for him, else nobody would have remembered Socrates. But, both in Republic and in Phedra, Plato too expressed his mistrust of writing and of poets, whom he even considered dangerous because they could conjure false images.

Socrates and the Greeks, like all civilizations before the Enlightenment, had a faith-based, static view of the world: they believed in a pre-existing Reality, and the role of the inventor was to un-cover it, a just as the role of the author was to un-cover the eternal, immutable Truth. The verb euriskô (to invent) means ‘to discover by chance’, ‘to recognize after due examination’. Archimedes’ famous exclamation: eurekâ (I got it!) is a derivative.

In such a society, the inventor is incidental because his invention pre-existed him. His greatness is commensurate to the degree of his submission to the pre-existing eidos who guides his hand to write, to shape the bronze, or the stone. In other words, the less the ‘discoverer’ is himself, the more his production conforms to the eternal eidos. Genius, therefore, resided in imitation.

This belief is deeply rooted in many minds even today. Some years ago, I was on a panel discussing creativity with Pravin Anand, and Sri Sri Ravishankar – who was of the view that the highest creativity can only come through meditation, when man “allows himself be the medium for the divine inspiration to flow through, totally unhindered”. Perhaps Guruji was just pitching for his business, meditation, but we know from facts that creativity comes in myriad ways: in a flash, or through great labor, or when someone puts a knife to the creator’s balls. Olivier Messiaen composed his masterpiece “Quartet for the End of Time” as war prisoner in a German Stalag in 1941.

The next two witnesses, Auguste Rodin and Henry Ford, expressed their subjective feeling about invention. Such feelings that are widely shared: in fact, they are fundamental to the human experience. A musician in full flight does not think about the next note and may therefore say, a posteriori, that the notes came through him. A writer starts a book and then his characters take over and lead the story in directions the author did not imagine. Such feelings are basic to the human experience and have nothing to do with the concepts of authorship and newness. To quote the poet Rimbaud: “Je est autre – I is (someone) else”.

Next: the “leading patent attorney”. It is never a good idea to bring a braggart before the jury, but here the witness sinks the case. His claim that, “given sufficient time and resources”, he would “break any patent”, echoes similar claims: “If you give me six lines written by the hand of the most honest of men, I will find enough evidence in them to hang him.” The difference is that Cardinal Richelieu was the ultimate authority while the “leading patent attorney” only assumed that any bench will be dull enough not to notice his intellectual sleight of hand.

The example of AI however looks more potent. If ‘newness’ is defined as a simple recombination of what exists, the first company that will use AI to exhaust all sound combinations within the 20 to 20,000 Hz human audio frequency range and store them, will be in a position to file copyright infringement on all future human compositions until Vishnu wakes up.

Are we then nearing the end of intellectual property? Or are we addressing the wrong issue, mistaking a derived concept for the principal?

Before we throw water, baby and bathtub, let us look suspend today’s controversies and shine a light on the history of the concepts behind IP, rediscover the foundations on which intellectual property has, very, very painfully, been build up. Nobody can predict what an author-less, patent-less future will be; but we do know how such a past was, because it existed!

All cultures and civilizations – Egyptian, Indian, Chinese, Greek, Latin, Arab, Medieval Europe… – made scientific discoveries, technological inventions and mastered many techniques; but their application were mostly limited to the gods, emperors, kings and the aristocracy. Never was technology used on a large scale for the benefit of the citizens because there was no incentive to do so.

In most civilizations, the one who fashioned objects came last in the order of things, just above the animals. Innovations, particularly in the military field, were celebrated but not rewarded. Aristotle firmly disapproved of rewards for inventors. Ctesibius, the famous Greek engineer who headed the leading Western scientific research center of that time – the Musaeum (of Alexandria) -, died in abject poverty; none of his inventions were applied across the vast Greek empire. How could anyone think of using scientific discoveries for the benefit of the masses or improve economic productivity for the upper classes when the purpose of science was to reproduce the Great Windmill in the Sky?

Plutarch, in his praise of Archimedes, considered as the world’s greatest scholar, says that “He held the mechanics and, in general, all the arts that support the basic human needs for vile manual professions.” Archimedes put his knowledge to practical use only when the nation was in danger, by building war machines.

The Romans considered wealthy leisure as the highest aim of life. To the inventions of the Greeks, they added their own: concrete, the screw press, the water mill, the hydraulic organ, the cogwheel, scissors, ball bearing… even a harvesting machine. But even though they had created the largest market in history, far better unified and well-connected then Renaissance Europe, they never applied massively their knowledge across the Empire to improve their GDP, wealth and leisure. Cato’s De Agri Cultura, their definitive manual for husbandry, has not a single word of praise for these technologies.

In a worldview where manual labor is discredited and creation is not rooted in the subjectivity of the creator because truth is considered independent from the author, the philosophical tools were missing to even start to think about intellectual property as an asset. Without an asset, there was no incentive to work or invest.

Law is the most crucial moment in the process of civilization. It took millennia, and the greatest of difficulties, for law to grasp and internalise the existence of an immaterial property. I propose that we take a closer look and see how it happened, and whether the origins can shine a light on the dilemmas that we face today. As popular wisdom has it: “He who does not know where he comes from has little chance to know where he goes.”