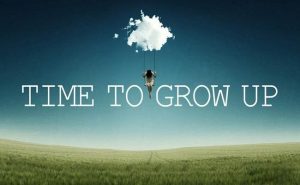 We received a comment a few days ago on one of my earlier posts, from Sanjay Tandon who claims to be CEO, Co-Founder, Managing Director etc. etc. of the Indian Singers Rights Association (ISRA). I reproduce the comment below:

It was prompt to report this… but did not have the courtesy to report on the DISMISSAL of this in favour of ISRA !!!

All that ISRA is seeking is the Right to Royalty of Singers as given under the Copyright Act post 2012 Amendments and God Knows why everyone is up in arms !!!???

God Bless them… Truth and Fairness will prevail…”

It is not often that we get trolled by people who are willing to reveal themselves. It is an act of either extreme stupidity or bravery. I have never known Mr. Tandon to be particularly brave, so I emailed him to get a confirmation. He is on the record stating that he did in fact leave the above comment on the blog. He also claims that his comment was in his personal capacity and not as a representative of ISRA but I’m not sure how this works because my only comments about Mr. Tandon have been with regard to his managerial function at ISRA.

When Shamnad expressed his disapproval to Mr. Tandon, he responded by playing the victim card. Apparently Mr. Tandon got his knickers in a twist because he was “hurt” by my “personal attacks” on him.

For the record, Mr. Tandon’s remark, is absolutely defamatory and if I were to sue him and ISRA for defamation, I would win hands down because I am not being bribed by “Rich Music Companies” as claimed by him to write against ISRA and there is no basis to his making that statement. If anything, we have critiqued the role of music labels extensively for the last 7 years on this blog. I also wrote a lengthy article for the NUJS Law Review documenting everything that has gone wrong because of the conduct of the music labels. SpicyIP is today one of the most cited references by academics or students who write or research on copyright and the music industry and I believe that our team of present and past bloggers can legitimately claim to have played an important role in keeping stakeholders informed of the facts and the law when it comes to the conduct of Indian copyright societies.

What I find more problematic with Tandon’s statement is his assumption that we have been bribed by the music companies to write against ISRA merely because I criticised his managerial performance. When a man begins to think that he has become larger than the institution he represents, it is a sign of megalomania. It would serve Mr. Tandon well to acknowledge the fact we are not in a situation where ‘ISRA is Tandon and Tandon is ISRA’. He can be dismissed from ISRA and the organisation will continue.

Second but equally problematic is that when Mr. Tandon makes defamatory comments of the kind mentioned above he betrays his fiduciary duty to ISRA. As somebody in a managerial role at a company, he holds in trust the assets and the goodwill of the company. By making defamatory statements he erodes the goodwill of the company and creates a legal liability for company. I don’t intend to sue him or ISRA for defamation but others may not be so kind. Breach of fiduciary duties is not something to be taken lightly and I do hope ISRA conducts its due diligence in this regard.

Regarding Mr. Tandon’s accusation of “personal attacks”. I assume he is referring to my earlier posts where I have repeatedly pointed out that Mr. Tandon is repeating the same mistakes at ISRA that were committed at IPRS and dragged it into litigation. For those of you who aren’t aware of Mr. Tandon’s past let me provide you with some context. He used to be at IPRS in the nineties before being eased out by the music labels. There are two important starting points to the woes and trouble at IPRS.

The first was the MoU which IPRS signed with PPL and IMI in 1993. It is a poorly drafted legal document but one that set the stage for incredible bad blood and litigation between composers, musicians and music labels. There are 4 signatures on the MoU (which can be accessed here). One of those signatures is of Mr. Sanjay Tandon in his capacity as General Manager of IPRS. That MoU opened the door for the music labels to enter IPRS.

The second cause of dispute was the shoddy manner in which the Copyright Office registered IPRS as a copyright society. At the time, the law was crystal clear that all copyright societies were required to submit a “register of owners”. This was a critical document because all copyright societies were required to be under the control of owners of copyright. At the time the Copyright Office simply waived this requirement on the grounds that Mr. Tandon had convinced the Office that it wasn’t required. The file noting can be accessed here and the relevant extract is reproduced below:

“6. During the hearing, Shri Tandon explained that the composer-members have copyright over all their compositions and the songwriters have copyright over all their songs. These members include leading lights in Indian film music like Naushad Ali (who incidentally, is the current Chairman of the IPRS), Bappi Lahiri, Anup Jalota, Hemant Kumar, Ilaiya Raja, and M.B. Srinivasan. Shri Tandon said that the list of their works would be voluminous. Since it is well known that these reputed composers and songwriters have a large number of compositions and songs to their credit, it may not be necessary to have on file a list of their works, and we may not insist on that.”

This was an absurd interpretation of the law because the law was crystal clear on the requirement of a register of owners and the record of the Copyright Office indicates that a junior official had red flagged the issue for his superior who met Mr. Tandon. How can you run a copyright society without having any details on ownership rights?

What happened as a result of no ‘Register of Owners’? There was obviously a dispute over ownership and voting rights and who could control IPRS and soon enough the music labels launched litigation against IPRS in Barasat and by 2008 the music labels had control of IPRS with all the authors and composers being sidelined.

Fast forward to present day where Mr. Tandon is managing the affairs of ISRA. There is once again a requirement under the Copyright Rules, 2013 for both copyright right societies and performing rights societies to have a valid register of owners. Under Rule 66, the same is required to be made available on the website of ISRA and even the High Courts have been forcing other licensing entities (even though not registered as a copyright society) to make ownership details publicly available. Yet, there are no such details available on ISRA’s website – the only details available on ISRA’s website are the names of its members but a Register of Owners also indicates who exactly owns what rights.

As we’ve written earlier on this blog, the music labels like Saregama and T-Series are contesting the rights owned by ISRA and that is the reason a Division Bench of the Delhi High Court set asides multiple compromise decrees entered into by ISRA with alleged infringers in lawsuits before Single Judges of the Delhi High Court. All of this could be easily resolved if ISRA made its ‘Register of Owners’ publicly available. If it’s a legal requirement why shy away from it?

The events at ISRA give me a strong sense of déjà vu and I am baffled with ISRA’s legal strategy.

ISRA may win a review petition over here and there (Mr. Tandon also got his knickers in a twist because we weren’t falling over each other to report a recent dismissal of two such trivial review petitions) – that’s hardly an achievement. The important question is whether ISRA can endure sustained litigation from the music labels. My gut sense is that ISRA is pursuing a poorly thought out litigation strategy that is likely to cause it more blushes in the future.

I normally would not spend 1,500 words on Mr. Tandon but I have grown rather tired of grown men acting like SpicyIP is supposed to be running a public relations campaign aimed at boosting their egos and who then get “hurt” when we point out facts. It is time to grow up gentlemen. If you disagree with something we write feel free to provide a counterpoint and we will publish. Making defamatory statements on our webpage and spreading rumours about us doesn’t help your cause.