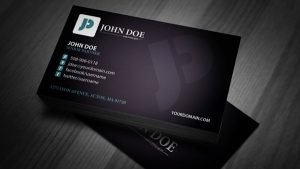 We are pleased to bring to you a guest post by our Fellowship applicant, Kashish Makkar. Kashish is a 2nd year student at NLSIU, Bangalore. This is his first submission for the Fellowship.

The preoccupation of Indian Courts with the notion of justice in disregard to rule of law is not unheard of. The Indian Supreme Court has been often criticised for the exercise of its powers under Article 142 of the Constitution. A similar power is vested in the courts acting in their civil jurisdiction under S. 151 of the Code of Civil Procedure (‘Code’). This power allows the court to make such orders as may be necessary for securing the ends of justice. In the quest to prevent infringement and in their preoccupation to secure justice for the holders of intellectual property rights (IPR), Indian courts have adopted an instrument called John Doe orders under S. 151. However, in doing so, they disregarded the rule of law and in the process have created a problem, controlling which has become beyond their own control.

In this post, I will discuss about the John Doe jurisprudence, how it was adopted in total disregard to rule of law, the statutory remedy that existed in the Code and how had the same been followed, the exercise of inventing this flawed jurisprudence could have been avoided. At the close, I will also briefly discuss a way out of this jurisprudence.

In India, John Doe orders are passed in light of an apprehension by the owner of a property that harm may be caused to that property. They are passed under Order 39 Rule 1 & 2 r/w S. 151 of the Code and provisions of the Specific Relief Act which govern injunctions. These orders are passed in a suit in order to counter the possibility that someone, somewhere, could be infringing upon the IPR of the plaintiff.

As a result, once the order is passed, it acts as an interim injunction against any person in the world who could cause harm to the applicant’s property. This order was first approved of in India by the Delhi HC in Tej Television v. Rajan Mandal. An order against unidentified defendants was discussed in light of India’s commitment to TRIPS, and various precedents by foreign courts. However, neither the judges nor the parties discussed any statutory remedy that could have been available. Therefore, under the guise of serving the ends of justice, the court co-opted the procedure into India under S. 151 of the Code.

This is severely problematic because the court while devising this procedure created unique problems. For instance, in what can be termed ironical, the ‘infringers’ are determined by the plaintiffs themselves once the orders have been passed, i.e., they can add to the array of the defendants, infringers who have been identified after the passing of the order. Moreover, without any prior information via reasonable means, their activities are subject to an injunction, while leaving the infringers virtually without any remedy (see here for a discussion on the abuse of powers under the John Doe regime).

As a result, these orders have been misused frequently. The Bombay HC, realizing this in Balaji v. BSNL & Ors. had to set forth certain safeguards before granting these injunctions. These included, one, serving notice to the defendants so that the order passed can be reasonably conveyed, and two, liberty to the defendants to apply against the grant of injunction.

However, these safeguards have lacked any precedential weight as no similar order passed by any High Court have followed them (orders which have not followed the safeguards can be accessed here and here). Hence, the problem still persists.

Representative Suits: The Rule of Law

The issue that was posed before the courts, which led to the introduction of these orders, was a perceived infringement of IPR by unidentified defendants.

However, a remedy for the same issue could be provided under the Code as well. Order 1, Rule 8 of the Code provides that where there are numerous persons having the same interest in one suit, one or more of such persons may, with the permission of the Court, be sued on behalf of the persons so interested. An order passed by the Court in such a suit is binding on all the persons so interested.

The Bombay HC in Dow Chemicals v. Satinath Sarangi passed a restraining order against all identified defendants and defendant no. 18 who was referred to as “All other bodies and/or persons and/or individuals…. connected with directly or indirectly the victims of the Bhopal Gas tragedy.” This was in effect a John Doe order.

Therefore, one of the defendants in the context of IPRs can be named as above. While the remaining identified defendants can be said to defend the suit on behalf of this unidentified defendant under Order 1 Rule 8(1)(a) of the Code. Once the leave is granted the unidentified defendants are bound by the orders. Moreover, there is also no concern that there might be a delay in court granting leave and then seeking an injunction. In fact, both the applications can be moved simultaneously as was done in Dow Chemicals.

While, it is clear that the remedies provided are at par under both the regimes, there are unique advantages that the latter approach provides. As discussed, the Bombay HC provided special safeguards for execution of John Doe orders in light of their disproportionate nature. These safeguards come attached to representative suits under the Code itself. For instance, under Order 1 Rule 8, the plaintiff who sues unidentified defendants in a representative action is under an obligation to notify all the potential defendants under Order 1 Rule 8(2).

Similarly, any person aggrieved due to overbearing nature of the order can approach the court and file an application to be a party to the proceedings under Order 1 Rule 8(3) of the Code. Additionally, the plaintiffs in representative suits cannot arbitrarily determine who is an infringer. For an order under the representative suits to apply to unidentified defendants, Order 1 Rule 8(1) of the Code requires that the plaintiff must prove that the now identified defendant belongs to the same class of defendants against whom the order has been passed originally. Therefore, the principles that one elusive case of Bombay HC laid down, which have anyway failed to have any precedential value, were already a part of the Code.

The Way Out of John Doe Jurisprudence

John Doe orders are granted under the inherent powers of the court. It is a well-settled principle that inherent powers of the court are to be exercised in addition to and complementary to powers expressly conferred by the Code. The SC, for instance even recently in Vinod Seth v. Davinder Bajaj ([2010] 8 SCC 1), has consistently maintained that powers u/S. 151 cannot be invoked in a matter which is covered by a specific provision of the code. Therefore, John Doe orders are not legally sustainable u/S. 151 of the Code, given a remedy for similar issues already exists via representative suits.

Hence, if challenged, these orders can be proved ultra vires the Code.