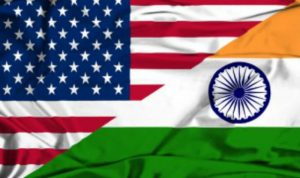 Keeping in line with its long-standing tradition, the Office of United States Trade Representative (USTR) has placed India on the ‘Priority Watch List’ in its annual Special 301 Report on IPRs this year as well. The report, which was released late last month, summarises the challenges and concerns in respect of India as follows:

“USTR identifies India on the Priority Watch List for lack of sufficient measurable improvements to its IP framework on longstanding and new challenges that have negatively affected U.S. right holders over the past year. Longstanding IP challenges facing U.S. businesses in India include those which make it difficult for innovators to receive and maintain patents in India, particularly for pharmaceuticals, enforcement action and policies that are insufficient to curb the problem, copyright policies that do not properly incentivize the creation and commercialization of content, and an outdated and insufficient trade secrets legal framework. New and growing concerns, including with respect to reductions in transparency by India’s pharmaceutical regulator through the removal of a requirement that applicants submit information about a product’s patent status, as well as positions that India supports and voices in multilateral fora on IP issues, continue to generate skepticism about whether India is serious about pursuing pro-innovation and – creativity growth policies.”

Surprisingly, unlike previous years, this year’s report does not take issue with India’s local patent working disclosure requirement, despite the fact the US Government and various US industry associations recently made a submission to the Indian Patent Office demanding abolition of this requirement. However, the report does cite “excessive reporting requirements” faced by patent applicants as one of the numerous concerns, which could very well be intended to hint at the patent working disclosure requirement.

As our readers may recall, the Patent Office had invited comments from stakeholders in March this year following a direction from the Delhi High Court in Prof. Basheer’s Patent Working PIL to file an affidavit stating the timeline and the manner in which it proposes to modify Form 27.

Close on the heels of this not so special 301 Report, a reputed Indian journalist, Latha Jishnu wrote an insightful piece in Scroll on the attack by the US Govt and the global pharma industry on India’s unique patent working disclosure requirement. And a few weeks prior to Latha’s article, another leading health/IP journalist of repute, Vidya Krishnan also wrote a powerful piece on this theme in The Hindu.

In the Hindu piece, Vidya reports that the US government has made a submission before the Indian Patent Office demanding elimination of the patent working disclosure requirement, the relevant portion of which reads as follows:

“If the Government of India is soliciting these views with the intention of reforming the Form 27 system, the U.S. urges India to take the opportunity to significantly improve the ease of doing business, enhance predictability and certainty for innovative industries, align with international best practices, and help achieve National IP Policy, Start-up India, and other national initiatives by eliminating the requirement for patentees to regularly file Form 27 statements. At the same time, India should refrain from applying such onerous penalties to violations of this type.”

She then goes on to make note of the objections raised by patent experts, who view this submission as an undue interference by the US government in India’s domestic affairs. She quotes Mr. Gopakumar, a legal expert and member of the All India Drug Action Network (AIDAN), as having said that “This is a public consultation, meant for domestic actors, including multinational companies and lobby groups that operate in India. It is highly inappropriate for the U.S. government to make a submission that it [Form 27] be eliminated. This is interference by a foreign government in our domestic affairs.”.

Vidya also refers to the objection made by Prof. Brook Baker, Professor of Law at Northeastern University, Boston, who said that “The ease of doing business argument is largely without merit. The USPTO has long been an agent of pressure by direct interference in India’s intellectual property policy as evidenced by its submission concerning the Form 27 dispute.”

In the later piece in the Scroll, Latha Jishnu discusses how the US Government and the Big Pharma are pressuring India to abolish this unique requirement, in the same way they did for scrapping of section 3(d) of India’s Patents Act.

Latha points out how trade associations like the Pharmaceutical Research and Manufacturers of America (PhRMA) and the Biotechnology Innovation Organisation have consistently challenged this requirement in their annual submissions to the United States Trade Representative (USTR) on the ground that it hampers the “ease of doing business”. The USTR, she says, “has, in turn, always made a note of this grievance while continuing to place India on the Special 301 Priority Watch List – a list of countries that it deems as having “serious intellectual property rights deficiencies”, and has now made it a primary argument in the submission made to the Patent Office demanding abolition of the requirement.

Latha further notes that a number of pharma industry associations representing the world’s largest drug manufacturers, namely, PhRMA, International Federation of Pharmaceutical Manufacturers and Associations (IFPMA), Japan Pharmaceutical Manufacturers Association (JPMA) and the Organisation of Pharmaceutical Producers of India (OPPI), and  INTERPAT, a non-profit association of research-based pharmaceutical companies, have also submitted that “the rationale underpinning Section 146 is outdated, vague, and creates significant uncertainty for patent owners in India” and that “the majority of disclosures required under this law are either unnecessary to determining if a patented invention has been worked in India or are so vague as to be nearly meaningless”. At the same time, FICCI, an Indian industry association, has also taken the same position and called for deletion of this requirement on the grounds that it is “redundant, burdensome, hampers ease of doing business, makes commercialisation of patented invention more difficult and is not aligned to international best practices”, she mentions.

Latha states that the real worry for the pharma MNCs is that the Form 27 submission could expose their failure to work the patent locally, which could in turn trigger grant of a compulsory license. She cites the instance of the issue of compulsory license for Bayer’s drug Nexavar in this regard, noting as follows:

“This is what happened in 2012 when the Patent Office gave a compulsory licence – the first to be issued in India – to Natco Pharma of Hyderabad to manufacture the generic version of Bayer’s Nexavar, a high-cost patented drug for kidney and liver cancer. Natco had used Bayer’s Form 27 filings to show the German pharmaceutical major was meeting just 2% of the requirements of the drug. It is complete irony that Natco has filed an intervention in Basheer’s petition, which had incidentally accused the generics maker of not filing Form 27 on the working of the compulsory licence.”

She goes on to mention how the Indian pharmaceutical industry has shown strong support for patent working disclosure requirement and argues that it is what should weigh the most with the Patent Office. The Indian Pharmaceutical Alliance (IPA) (representing  20 companies which account for 46% of the domestic pharma market), she notes, has called for continuance of the requirement, being of the opinion that it is “necessary and justified” and does not impose a burden on the patentees as claimed by numerous industrial bodies.

Latha concludes the piece by noting that “[t]he controversy over Form 27 is the second time a unique aspect of India’s patent laws has come under intense American assault. How this pans out will depend on the government’s ability to stand up to the pressure.”