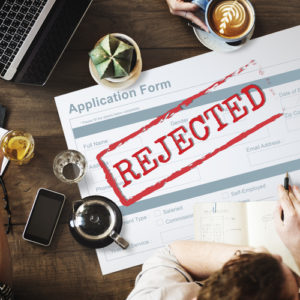 In a recent decision dated 26th June, 2018, the Assistant Controller of Patents and Designs exercised his power under Section 15 of the Patents Act, 1970 (“the Act”) and rejected the bid for a patent application. Below, I give a brief description of the patent application and the reasons which led the Controller to come to such a decision, before analyzing the final order.

About the Patent Application

The applicant, Bayer Intellectual Property Gmbh (Initially, Bayer Animal Health Gmbh was the applicant and they later assigned their patent rights to the present applicant), had applied for patent application number 9382/DELNP/2010 for a pharmaceutical invention entitled “Use of nifurtimox for treating giardiasis” on 31st December, 2010. A perusal of the abstract, claims and full description reveals that the said application proposed several compositions containing nifurtimox and an anthelmintic (anti-parasitic drug) for treatment of giardiasis (a particularly nasty intestinal infection caused by parasites belonging to the genus Giardia) in dogs and cats. The disease can spread to humans, by cysts of cats and dogs, circulated via infected water or feces. The description stated that, prior to this, nifurtimox was only known for its efficacy against protozoans of the genus Trypanosoma, which cause African and American trypanosomiasis, or sleeping sickness. However, the applicant’s invention proposed that nifurtimox was effective against the Giardia species too and it could target the gut-pathogenic stage and prevent cyst formation, thereby reducing spread of the infection.

Stating that the mere “use” of nifurtimox does not amount to an invention under Section 2 (1) (j) of the Act, the First Examination Report (FER), dated 17th March, 2017, proceeded to object to the patent application on mainly three grounds, listed below:

Lack of Inventive Step: The Report stated that the requirement of inventive step under Section 2(1) (ja) was not met since the combination of nifurtimox with an anthelmintic (both previously known substances, as per the applicant’s disclosure) would be within the technical knowledge of a person skilled in the art. Further, the combination did not yield any “unexpected/surprising and/or enhances or synergistic technical effect”.

Non-Patentable Subject Matter: The Report stated that the invention merely amounted to a new use of a known substance since the prior art revealed that nifurtimox was already used against organisms of the genus Trpanosoma and hence it fell within the ambit of Section 3(d) of the Act. It further stated that Section 3(e) of the act would apply since the composition merely amounted to an admixture of nifurtimox and an anthelmintic, without any synergistic effect.

Insufficiency of Disclosure: The Report stated that the requirements of full disclosure under Section 10(4) (a) and (b) and 10(5) were not met since no working examples had been given for the claimed compositions of the components and hence, there was no disclosure of the best method of performing the invention.

The Reply to the FER, dated 17th September, 2017, does not reveal much since the Applicant merely deleted a few claims from its Application and requested the Controller to accordingly waive off the afore-mentioned objections. The Applicant was consequently offered a hearing on 19th March, 2018 and 23rd April, 2018 for clearing the outstanding objections the application related to non-patentability and insufficiency of disclosure.

Reflections on the Final Order

Which brings us to the issue of pendency in the Indian Patent Office: This issue is currently being effectively tackled by the Government and measures such as computerization of work-flow, automation, electronic transfer of applications between branches etc. have indeed led to a decline in the number of pending matters. Self-initiated steps taken by future patent applicants, such as the one taken in the present decision, will also go a long way in tackling the issue head-on.

H/T: On behalf of the SpicyIP team, I would like to thank Mr. Sandeep Rathod for alerting us about this interesting development!