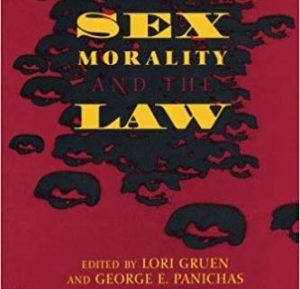 1. That an apparently innocuous looking sex aid device to further intimacy between couples is “obscene”

2. That the said device is not “useful or productive”

3. That the law does not take kindly to sexual pleasure

The last paragraph of the decision reads thus:

“Applicant or applicant’s agent neither appeared for the hearing on the scheduled date nor filed any written submission in response to the hearing notice. Therefore, in view of the outstanding objections as above, this application no. 4668/DELNP/2007 is hereby refused under section 15 of the Patents Act.”

Some (including a rather senior official at the Indian Patent Office) took this to mean that the applicant hadn’t bothered to respond to the objections raised by the Patent Office. If only they had bothered to dig a bit more. What was even funnier was that a number of IP attorneys were falling over themselves to “like” his social media comment (possibly to endear themselves to him). As we’ve noted in the past, the reason behind some of the worst Patent Office excesses is that quite often, IP attorneys (with some notable exceptions of course) lack the courage to take on the Patent Office, despite blatantly wrong orders/illegalities. They worry that any adverse remarks against powerful patent officials would prejudice their standing in other cases. Hopefully the younger generation of IP lawyers will reverse this ridiculous reverence.

Anyway, a review of the prosecution history of this particular patent application reveals that the Applicant had indeed filed a reply to the first examination report. As can be seen, the applicant (through its lawyers, Anand & Anand) clearly stated that it did not agree with the objection raised by the Controller, noting as below:

“The Learned Controller appears to have objected to the claims on the basis that they are directed to a sexual device that can be used to stimulate sexual desire, and consequently could be contrary to public order or morality. We respectfully submit that the claims as amended are directed to a sexual stimulation device that is dimensioned to be worn by a female during intercourse. In fact, one embodiment of the presently claimed device has been successfully marketed as the We-vibe, which is a couples device designed to be worn while making love and can be used by couples to improve their sexual relationship.

Based on the foregoing, we respectfully submit that the presently claimed device is not contrary to public order or morality but would rather benefit the public, for example, by improving relationship satisfaction and health.”

And yet despite this response, the Patent Office insisted on raising the very same objection. Culminating finally in a rejection decision that was unsound in both logic and the law.

The senior patent official mentioned earlier first tried to justify the Patent Office decision on the (wrongly assumed) ground that the applicants did not respond to the Patent Office objection. To which our response was: are we a banana republic? Just because a party does not respond, does this mean that the Patent Office can decide anyway it wishes. In blatant derogation of the law and logic?

After the said official finally realized (after one of us responded to him) that the applicant did in fact respond to the FER, he argued that one cannot blame the Patent Office for faulty decisions since they are not experts in the law. A point that we deeply sympathise with. For it’s clear from the decision that the said controller is deeply wanting, in both the law and logic. But unfortunately, this cannot serve as an exculpatory factor. For isn’t it incumbent on the government to train patent officials in the law? After all these are quasi-judicial authorities and are called on repeatedly to interpret the law. PH Kurian (a former Controller General and one of the best things to have happened to the Indian Patent Office had mooted this idea and one of us had referred him to NLU Delhi (which as I understand did start some training programmes in the law for them). As we quipped to the senior patent official on Twitter: “why don’t we spend more time on giving them more training in Indian law? And less time in indoctrinating them through USPTO/EPO style training?”

Secondly and perhaps more importantly, this raises another important issue (one that we alluded to in the last post). When the Patent Office struggles with its regular job of determining the technical merits or otherwise of an invention, can we expect them to wade into issues of morality? Do they have the institutional competence to serve as an arbiter on this count?

As we’d mentioned in the earlier post, the legality of this device (under India’s obscenity laws) will have to be balanced against other competing considerations, such as freedom of speech. And more importantly, against considerations of its overall utility in terms of better relationships between partners, enhancing sexual health, intimacy etc.

Speaking of utility, did you know that vibrators were apparently first used to further public health? Apparently, it was used by doctors in the 19th century to cure women of hysteria.

Moving to the present day, doctors now counsel couples to use such devices to further intimacy.

Further, the ITC complaint referenced in the earlier post  highlighted the diverse uses of this sex device meant to spark up a couple’s love life.

“Such devices are useful in a number of contexts, including improving relationships, increasing pleasure for a partner, sexual-disorder treatment, promoting monogamy and marital stability thereby reducing transmission of sexually-transmitted diseases, and increasing satisfaction of sex life of an individual and thereby contributing to an overall wellness/productivity gain for the individual.”

The Patent Office also referred to a Japanese decision which apparently rejected the application on similar grounds. The Controller noted as below:

“The instant application’s corresponding Japanese national phase Application for patent no. 2007-545799 is refused on the ground of affecting public order and morality as follows “It means that a woman uses the invention concerning the Claims 1-18 of an application concerned for either the object for autoerotism assistance or sexual intercourse, sexuality is stimulated in vain, and being a thing with a possibility that it may be used as the ** implement which produces ** of abuse, or a self-** implement is admitted. Therefore, an invention concerning Claims 1-18 of an application concerned is an invention with a possibility of injuring health or public order, good customs, or the public. Regulation of Article 32 of Japanese Patent Law cannot receive a patent.”

By way of background, Article 32 of Japanese Patent Act is similar to section 3(b) of the Indian Patents Act and reads as below:

“any invention that is liable to injure public order, morality or public health shall not be patented.”

A tad bit surprising that Japan (known for its rather creative sex toys) refused this patent on grounds of morality. As this piece notes:

“..the [Japanese] sex industry is the second largest industry in the country. The combination of traditional attitudes with a post industrial technological complex has given rise to some strange phenomena in the country’s sexual culture.

…In the Shibuya district of Tokyo is The Vibe Bar Wild One, which has quite a philosophy: “See, touch, and feel.” For 3,000 yen, women and couples can sample some of the over 300 domestic and imported vibrators displayed on the wall behind the bar for up to 90 minutes while they sip their drinks. With close access to the Shibuya metro station, the bar even features English-speaking staff to cater to curious tourists.”

Given this oddity (Japan refusing a claim for a sex toy on the grounds of morality), we probed a bit further and found that Form 3 submitted by the Applicant to the Indian Patent Office contradicts the stand of the Indian Patent Office. And so does the ITC complaint referred to in our previous post. Both these documents reflect the status of the patent as ‘abandoned’ and not ‘refused’! A commenter on our blog however insists that the patent was refused. Can someone help clarify?