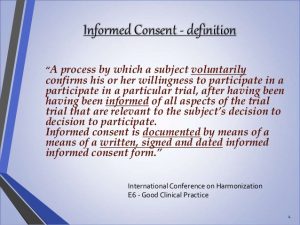 Image from presentation of Dr. Mukhopadhyay

Following my criticism of an opinion piece in the Hindu by R. Prasad for his recommendation to ramp up access to bedaquiline without tackling the ethical issues regarding the flawed informed consent form for bedaquiline, he published a news report in yesterday’s Hindu on the ethics of denying early access to bedaquiline.

Titled ‘Unethical to withhold bedaquiline while waiting for Phase III results’, he cites Dr. Karin Weyer at the World Health Organisation (WHO) who claims that it would be unethical to not provide access to bedaquiline, while awaiting the Phase III trials, since MDR-TB is a difficult disease to treat and existing treatment options demonstrate side effects like ototoxicity. It is perhaps important to point out here that a statement from a professional working at the WHO is quite different from an institutional statement made by the WHO. The manner in which Prasad has tweeted out his report, unfortunately gives the impression that WHO has taken an institutional stand on the ethics of early access to experimental drugs.

Perhaps more problematic is that his report has only one source on an issue as complex as early access to experimental drugs like bedaquiline that are yet to complete Phase III trials. Although to his credit, unlike the ‘journalist-activists’ who write on health for other publications, Prasad at least acknowledges the problematic history of bedaquiline along with the fact that it is pending Phase III trials. But if he was going to tackle the issue of early access from an ethical viewpoint, he should have at the very least spoken to one person from the other side of this debate. There is a raging debate, in the United States, on the right to try new experimental drugs without regulatory supervision and the US House, in March of this year, rejected a legislation that was going to speed up access to experimental drugs before clinical trials were concluded. As reported in the New York Times, the Republicans were the ones pushing for the right to try these drugs while the Democrats opposed it. An excerpt of the NYT report:

“Supporters of this legislation talk as if effective treatments are being withheld from patients,” said Dr. Robert M. Califf, who was the commissioner of the Food and Drug Administration under President Barack Obama. “The vast majority of experimental therapies are toxic or ineffective. The only way we find out is through controlled studies where we measure the effects.”

The fear with lowering the thresholds to experimental medicine is that it would allow pharmaceutical companies to push out riskier drugs (without any liability) to desperate patients who have few other treatment options. The experimental drugs may work, they may not work and the pharmaceutical company will not be liable if things go wrong. To what extent should the state intervene in such cases? In the US, it is the Republicans who push for quicker access to experimental drugs because that fits in well with the libertarian framework of a reduced role of the state, while the Democrats generally resist lowering the threshold on the grounds that it is likely to make it easier for big pharmaceutical companies to exploit patients facing desperate medical conditions. They argue for the state playing a more interventionist role. Like most debates on medical ethics, there are several shades of grey to this debate. As a long time reader of the Hindu, I expect it to dig deeper into the issue and present the various shades of the debate around this issue. Unfortunately, Prasad presents this debate as a black and white issue, quoting only Dr. Weyer on the ethical aspect of the debate.

Since he tweeted his report to me on Twitter, I asked him whether he got her opinion on the flawed informed consent form being used by the Indian government. He replied as follows: “Whether consent taken or not taken, whether Indian TB patients were informed about the serious adverse events, including death etc are issues are outside the preview of WHO and so did not want to answer those questions.” But aren’t the issues of access and informed consent deeply intertwined? How is it ethical to advocate for early access to a controversial drug that is yet to clear Phase III trials when the consent form being used for the drug does not inform potential patients of deaths in earlier trials, dangers such as cardiotoxicity and liver toxicity and forces patients to give up claims for any compensation? Is it possible to report on one aspect without commenting on the other? In my opinion this discussion was certainly necessary because the WHO had prescribed a specific format for the informed consent form to access bedaquiline.

As I explained in an earlier piece, while India adopted WHO’s guidelines on bedaquiline treatment, it oddly enough made several deviations with regard to the format of the consent form prescribed by the WHO. These deviations include silence on the issue of deaths in the Phase IIB trials, liver toxicity, etc.

One would have expected this to be an obvious issue for further investigation by reporters but you would be mistaken. The flaws in the informed consent forms are all too obvious but most journalists prefer to ignore these glaring flaws. Take for example this piece by Madlen Davis that was republished in the Wire where she states the following:

“The drug is now only given as a last resort in a few hospitals such as NITRD where it is available, and a lengthy process must be followed to receive it, including a long ‘informed consent’ form. Campaigners say this rules out uneducated, illiterate people who might need it. “There’s all kinds of barriers put up,” explained Dr Furin.”

The first statement about a “long informed consent” form misses out on the serious omissions in the Indian form when contrasted to the WHO prescribed form.  The second statement attributed to Dr. Jennifer Furin speculating that the long consent form excludes uneducated, illiterate people who may require bedaquiline, is strange to say the least. The Helsinki Guidelines on Clinical Trials as well as Schedule Y to the Drugs & Cosmetics Rules, 1945 have different mechanisms for uneducated or illiterate people to give informed consent. Indian law for example states, “If the subject or his/her legally acceptable representative is unable to read/write – an impartial witness should be present during the entire informed consent process who must append his/her signatures to the consent form.” Thus, Dr. Furin is either unaware of or is misrepresenting the accepted legal position in India.

She also continues to misrepresent to the reporter, the reason as to why access to the drug is controlled by the Indian government. She continues to parrot the line that the Indian government is denying the drug due to fears of future drug resistance despite the fact that the sworn affidavit filed by the ministry before the Delhi High Court (as I discussed earlier on this blog) made it clear that it was controlling access to the drug because Phase III trials were not yet completed and that the government would like to wait for more data on the drug.

Given that both Dr. Jennifer Furin and Dr. Soumya Swaminathan (quoted by Prasad in the present report) were associated with the Ministry of Health process in drafting the Indian bedaquiline treatment guidelines (which also included the consent form), you would expect journalists wanting to speak truth to power to ask them how such a flawed consent form was approved in the first place and whether they flagged the issue with the Ministry. There is however too much money invested in getting bedaquiline to the market for anybody to ask the relevant questions.

The more worrying aspect of this entire fiasco is the precedent that has been set by pharmaceutical companies and regulators. Will we see more pharmaceutical companies push untested, experimental drugs to Indian patients and if they do, on what basis are we going to push back against them, especially if they point to bedaquiline as a precedent? What are the bright lines? Where are the ethical guidelines in Indian law for access to experimental drugs?