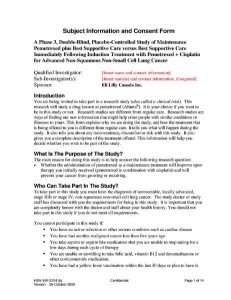 In a column published on September 4, 2018 the Hindu’s science editor R. Prasad has explained why India should ramp up access to bedaquiline to treat MDR-TB. Unlike most of the other cheerleaders for bedaquiline, Prasad thankfully points out that the drug demonstrated higher cardiotoxicity and that Phase IIb trials experienced more deaths and that the Phase III trials are yet to be completed. He however concludes that the recent revision of the WHO treatment guidelines on bedaquiline, that was released on the basis of effectiveness and safety of bedaquiline from several clinical trials, observation studies etc. is sufficient for ramping up access to the drug across India.

At the risk of sounding like a broken record, let me point out once again that as per the law, as well as the regulatory standards followed in most developed countries with white people, require Phase III clinical trial data before the drug can receive regulatory approval. This is because Phase III trials are conducted on a much larger set of patients when compared to Phase II trials. The pharmaceutical industry itself has admitted that a lot of drugs which show promise after Phase II stage, fail during Phase III trials. By ‘failure’, I mean the ability to get regulatory approval from the tough regulators like the USFDA and the EMA. A study by the USFDA provides a list of 22 drugs where the results of Phase II and Phase III were divergent.

In the case of the other new TB drug, called Delaminid, the Phase II trials showed promised and several journalists had labelled the drug as a ‘wonder drug’ or a ‘miracle drug’. In January, 2017 activists from MSF and other groups like AIDAN wrote to the government demanding that the government give more patient Delaminid. The letter stated the following:

“The WHO has indicated a 23% improvement in cure rates of M/XDR-TB on use of Delaminid. With present world-wide cure rate of about 28% for XDR-TB and 52% for MDR-TB, availability of Delaminid is imperative to treat the life-threatening condition. To improve outcomes for MDR/XDR-TB, at least 39 countries introduced Delaminid by the end of 2015…………We hope that the Central Government would take immediate action to ensure that Delaminid is made available to the MDR-TB and XDR-TB population.”

A year later, writing for the Hindu, Prasad reported how Delaminid had disappointed in Phase III trials. I extract some paragraphs of his reporting below:

“Delamanid drug, approved for use in multidrug-resistant tuberculosis (MDR-TB) patients by the World Health Organisation in October 2014, did not show any statistically significant difference in successfully curing the disease or reducing the mortality rates compared with a dummy in a Phase III human clinical trial, WHO’s position statement issued on January 15 says. However, the drug was found to be safe unlike many of the other second-line medicines used for MDR-TB treatment.”

“In addition to optimised MDR-TB regimen, participants in the trial received either delamanid or a dummy for six months. At the end of 30 months of follow-up, 77.1% of MDR-TB patients who received delamanid drug were cured compared with 77.6% of those who received a placebo (dummy), and mortality was 5.3% in the delamanid group and 4.7% in the placebo group.”

With bedaquiline, the issue is infinitely more complicated because of the safety concerns, namely the cardiotoxicity experienced by patients after consuming the drug. The studies that have been conducted so far, as quoted in Prasad’s report are observational studies or retrospective studies, none of these studies are double-blind randomized clinical trials (RCTs)(save for the Phase IIB studies on a smaller set of patients), which are considered the gold standards of drug regulation. RCTs are conducted with two sets of patients – one set gets the actual drug and the other a placebo and neither the patients nor doctors know who is getting what. Both sets of patients otherwise undergo otherwise similar treatment regimens, in similar conditions and are closely monitored. On conclusion of the trials, the results are compiled and the results of both groups are compared to note whether there has been a substantial increase in efficacy of the new drug. Since Phase III is done on a much larger set of patients than Phase II, it is usually considered more reliable. Such RCTs are considered to be several times more reliable than observational studies or retrospective cohort studies because of which they are considered the gold standard by regulators.

There has also been a lot of reportage around a recent retrospective cohort study by South African doctors on bedaquiline where data from patient registries was used to establish that patients given bedaquiline had died at a less frequency than patients given the prevalent treatment. The study reported “A bedaquiline-containing regimen was given to 743 (4·0%) of 18 542 patients with multidrug-resistant or rifampicin-resistant tuberculosis and 273 (25·4%) of 1075 patients with extensively drug-resistant tuberculosis. Among 1016 patients who received bedaquiline, 128 deaths (12·6%) were reported, and there were 4612 deaths (24·8%) among 18601 patients on the standard regimens.” There could be many reasons for the lower mortality. It could be the possibility that bedaquiline actually works as claimed or it could be due to the fact that bedaquiline is given under more controlled conditions because it is an experimental drug. (The WHO treatment guidelines for bedaquiline prescribe a rather stringent monitoring mechanism) So while the study is useful, it cannot be the determinative factor – the Phase III RCTs still need to be completed.

Ultimately any regulatory decision will have to weigh the results of the Phase III study against the above studies and also the efficacy and toxicity of existing medication before making an informed decision. If the cardiotoxicity issues associated with bedaquiline are of less concern than the toxicity of the existing treatment whose toxicity leads to deafness, there is no reason to not prescribe bedaquiline as the preferred line of treatment. But whatever the final decision it should be based on the Phase III RCTs.

My concern with the cheerleading around bedaquiline, and the reason that I am criticizing all these journalists for their lop-sided reporting on the issue, is the fact that once the pharmaceutical industry establishes a precedent for scaling up access for an experimental drug without Phase III RCTs, they will demand more such waivers in the future when the recipients of those drugs are brown or black people in developing countries. And now that they have former UN Rapporteur for Health, Anand Grover’s whole-hearted support for waiving Phase III trials entirely they will most likely succeed. Are we ready for the consequences that will follow?

Would it simply not make sense to wait for the Phase III trials to conclude before advocating for increased access to bedaquiline?

My second major grouse with Prasad’s latest report, as also the reportage of other journalists on the issue, is their drum beating for increasing access to bedaquiline while keeping entirely quiet on the scandalous consent forms prepared by the government for providing access to bedaquiline. As I described in an earlier piece, not only has the Indian government forced patients to forgo any claim to compensation for death or injury due to bedaquiline, it has also not provided the patients with accurate and realistic information about the potential and actual side-effects of bedaquiline. The consent form prepared by the government has deviated significantly from the format prescribed by the WHO. On most days, Indian health journalists treat the WHO like the reincarnation of god. This time around though they are maintaining a deathly silence on the Indian government’s deviation from the WHO prescription. Why is this so?

I do not have a concrete answer but if I had to speculate, I guess they are being silent because reporting on the issue is going to open a pandora’s box. The bedaquiline treatment guidelines (of which the consent form is one component) were drafted by the government and blessed by the Secretary, Ministry of Health, the Director General of the Indian Council of Medical Research (ICMR) and involved consultations with a large number of other big names in TB research including Dr. Furin and Dr. Conradie. Any investigation regarding the consent form issue will also be required to explore the format of the consent form used by MSF and other doctors when they provided access to bedaquiline in India. In other words, any journalist reporting on the issue may end up burning lot of bridges with potential sources.

If the point of all the advocacy and journalism around bedaquiline is about the rights and the lives of TB patients, why is nobody bothered about the right of the patients to be fully informed of the effects of the drug? Isn’t informed consent the bedrock of medical ethics?

Not so long, the HPV scandal blew up in the media precisely on the issue of informed consent. That case led to litigation in the Supreme Court which then led to revamped rules on clinical trials, informed consent and patient rights. The bedaquiline case demonstrates the ineffectiveness of the reformed law and not a single health journalist is talking about the issue. Their silence on the issue could perhaps have been pardoned if they were not actively lobbying for increased access to the drug.