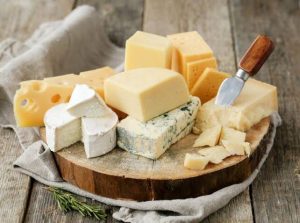 We’re pleased to bring to you a guest post by Akshat Agarwal on the recent decision of the Court of Justice of the European Union on copyrightability of taste. Akshat is a 4th year student at the Jindal Global Law School, Sonipat.

The Sensory Copyright Conundrum: An Analysis of the CJEU’s Decision With Respect to Copyright in the Taste of Cheese

The Court of Justice of the European Union in the recent case of Levola Hengelo BV v. Smilde Food BV, C-310/17, had the unique opportunity to determine whether copyright, under its European contextual meaning, can subsist in the taste of a food product. This case was referred to by the Dutch Court of Appeal, for a clarification upon the limitations and ambit of the concept of “work” under the EU law, upon interpretation of Article 2(1) of the Berne Convention. The CJEU went on to hold that as the taste of a food product cannot be sufficiently determined with precision and objectivity, it won’t qualify the threshold of being a “work” under the definition given by the Berne Convention.

Background of the Case

The dispute was between the plaintiff Levola Hengelo BV and the defendant Smilde Foods, both being cheese producers and manufacturers in the Netherlands. According to the plaintiff, the product “Witte Wievenkass”, produced by Smilde, infringed upon their exclusive right to reproduction under Article 13 of the Dutch Copyright Act. The major question before the Dutch Court of Appeals was whether there can be a copyright on the sense of “taste” of a food product. The plaintiff, claiming for such copyright to be valid, argued on the precedence of the case of LANCÔME PARFUMS ET BEAUTÉ, where the Dutch Supreme Court had held a valid copyright in the scent of a perfume and consequently a possibility of copyright protection in the sense of smell. This was based on the importance and sole value of perception of the sensory element (case in point being the scent) rather than the requirement of the objective determination of the same. Ignoring this particular determination, the Dutch Court of Appeals in the case at hand inclined towards deciding against such protection and referred certain questions, such as the determination of the notion and meaning of “work” to the CJEU. This was further due to the divergence of opinions towards the protection of smell and taste under copyright law being prevalent amongst member states of the EU (for instance, the court in France ruled against protection of smell of a perfume) The questions referred were:

Opinion of the Advocate General

The Advocate General in his opinion advised the Court against the protection of taste of cheese under the InfoSoc Directive in accordance with the Berne Convention. Although the AG accepted the originality associated with the product and the existence of an author’s own intellectual creation, resulting from creative and free choices (in accordance with the threshold of originality in the EU), however argued that mere originality is not sufficient, and protection can only be granted to “work” which qualifies the threshold under Berne Convention Article 2(1). AG further continued to base his argument on the premise that only two types of senses can be said to be constituted by the aforesaid Article – i.e. visual and audible.

Further, relying on the decision in Sieckmann, a case dealing with trademark law establishing the requirement of graphic representation for protection, the AG went on to pronounce the staunch requirement of precision and objectivity in the perception of the original expression for it to qualify being a “work”.  He specifically pronounced the applicability of such a graphic representational requirement, in the case of copyright as well, which isn’t possible to fulfill in the case of taste of a product. The AG, although explicitly mentioned that this won’t mean a strict requirement of fixation in the EU, it implicitly establishes such a uniform requirement, taking away the autonomy given to Berne member states, with respect to the provision of fixation.

Decision of the CJEU

The Court, deciding upon the question of what comprises a “work”, with respect to the open ended, accommodative and inclusive definition provided for in the Berne Convention (Article 2(1)), stated:

On the basis of this determination, the Court concluded that there can be no copyright in taste or smell due to its basis of identification being subjective sensations and experiences. The influence of the person tasting the product would inherently shape the taste experienced because of which, according a copyright in the same won’t be feasible and enforceable.

The final outcome of this decision, i.e. not according copyright in the taste of cheese, is a sound one, due to certain enforcement issues which come around extending copyright to such an uncertain subject matter. The rationale of requirement of unity and certainty, as in the case of dramatic works (Green v. Broadcasting Corp. of New Zealand), can be applied here while devoiding copyright protection to the taste of cheese due to the evolutionary nature of the taste, the possibility of staleness and the uncertainty surrounding similar reproduction of the same envisioned taste. However, the rationale given by the CJEU specifically requiring an objective perception and judgment is based on the false analogy with trademark law and can have grave implications upon copyright protection. This requirement implicitly requires fixation and graphic representation. The InfoSoc Directive of the EU mandates it to comply with Article 1-21 of the Berne Convention, which has not been done by such a determination of compulsive fixation. This is because the Berne Convention has specifically left the requirement of fixation, for autonomous states to determine in their legislations instead of making it a compulsory feature. This decision clearly overrules the applicability of copyright in the perfume, accorded by the Dutch court of appeals (LANCÔME) and consequently does away with the autonomy that has been prescribed in the Berne Convention, with respect to providing for a requirement of fixation of subject matter.

The point that a particular recipe has a particular taste attached to it has been ignored by the Court and the Court has focused on basing its analysis upon the possible subjective interpretations of this taste rather than on the factor of perception. The basic argument is that there is no objective determination possible even in the case of musical works or visual art as its interpretation solely depends on the percipient. A requirement of objectivity in interpretations and perceptions is uncalled for, as it results in delving into the qualitative aspects of the work, which is not permissible under copyright law. Mere perception is enough, and this has clearly been ignored by the court, resulting in a problematic rationale being adopted.

Further, as far as the argument of taste being functional and food being a functional element is concerned, Prof. Christopher Buccafusco (Benjamin N Cardozo law school, Yeshiva University) has rightly argued in his work that the notion of sight and audio as expressive and taste and smell as functional, is a flawed traditional dichotomy of sensation. There is small element of functionality present in any kind of work, be it sight, and sound based or taste. Ergo, this cannot be a reason to devoid protection to culinary arts which intend on expressing, through taste as a medium of perception, and generate an emotion (which need not be objective). A curated food dish, as has been argued by Prof. Buccafusco, represents a conversation between the chef and the diners in which tastes combine in a way of being delicious and meaningful at the same time, conveying a conceived expression. Hence a claim of functionality cannot be a reason to deny copyright, applying this sound rationale.

The Berne Convention specifically allows for a broad and inclusive determination of categories of protectible expression. Although, it leaves it upon individual member states to autonomously decide upon the ambit of their copyright regime, it provides for such an inclusive provision to accommodate new forms of expression. India is a signatory to the Berne Convention however, it yet envisages a closed copyright regime, exercising upon its autonomy. With evolution in technology and consequent forms and modes of expression, it is imperative for the law to blend in and recognize the possibility of unconventional works coming into existence. Denying them protection merely because of an unconventional nature, will be against the fundamental tenet of copyright law. The WIPO guidelines clearly establish this tenet to be –  protection to any original intellectual creation which can be perceived. Even in the UK, due to the closed copyright regime, certain unconventional works like assembly of a scene (in the case of Creation Records) have been denied copyright which has led to criticism of the policy. Courts have even recognized the need for such opening up in the UK, to accommodate developing modes of expression not limited to conventional literary, musical and artistic works. Hence, although there are no immediate legal implications of this decision on countries like India, due to a closed copyright regime, but this decision recognizes the evolution of modes of expression and growing contours of law which is an essential policy implication to debate upon.