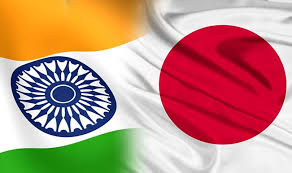 We’re pleased to bring to you an insightful guest post by Roshan John, examining the amendments proposed by the recently published Draft Patent (Amendment) Rules, 2018 in light of the India’s recent agreement with Japan on having a patent prosecution highway program. Roshan works as a Trade and IP analyst for Access Campaign of Médecins Sans Frontières.

The Department of Industrial Policy and Promotion (DIPP) had recently notified “Draft Rules” to further amend the Patent Rules, 2003. The Draft Rules seek to (a) expand the list of applicants who can apply for an expedited examination of the application and (b) amend the rules of procedure of pre-grant opposition. The Patent Rules details the procedure to be followed while implementing the provisions of the Patents Act, 1970 and guides the Indian Patent Office (IPO) in considering the applications made under the Act. Being a comparatively easier process than legislative amendments, the Rules are often amended (seven times so far) to validate the policies of the Government.

More recently, in 2016, the Patent Rules were amended to introduce a procedure relating to expedited examination of the application—a process aimed at fast track disposal of patent applications. It cuts down the time taken to examine a patent application and issue a first examination report, which in turn expedites the entire process. Presently, a request for this service can only be raised if any of the two following grounds are satisfied:

These provisions were considered as the Government’s attempt to popularize India as a patent filing hub, and provide a strong ecosystem conducive to the growth of start-ups. The proposed Draft Rules further seek to expand this list to the following categories of applicants:

It is evident that the DIPP has expanded the list of applicants who can file for expedited examination so as to reduce the pendency of the patent applications at the IPO and cut down the time for grant of patent. However, the proposed amendment, specifically the inclusion of the last category of applicants is deeply concerning as this looks like a step towards harmonizing patent examination globally. It is critical that the amendments be seen in the light of India’s recent agreement with Japan on having a patent prosecution highway (PPH) program, which is nothing but a hasty policy decision.

PPH are administrative collaborations that fast track patent applications in one country, based on the grant of patent in the other country, by taking advantage of the search and examination results of the office of first filing. The PPH may seem like a relatively easy and efficient way to accelerate patent examination and issuance, but the process shall squeeze the TRIPS flexibilities available to countries to tailor substantive patent laws according to local needs. Though the Draft Rules don’t explicitly mention PPH, but they suggest providing a legal framework and expansion of PPH to all forms of technology, including pharmaceuticals.

The amendment is clearly a result of 1st JPO-DIPP Review Meeting, where the JPO had encouraged India to expand the grounds for requesting expedited examination of a patent application. This agreement, held without discussion with lawmakers and concerned stakeholders, provides a leeway to pursue substantive harmonization of patent examination standards. Moreover, this agreement comes amidst strong criticism from developing countries to a WIPO attempt to achieve this harmonization. Thus, at present, there is currently no international agreement in force that obligates India to harmonize patentability criteria, examination standards, procedures, and decisions.

Developed countries like Japan, United States, and European Union backed by multinational pharmaceutical corporations are effectively using joint PPH program to adjust the patent system and examination standards in developing countries like India, which remains a concern for the rest of the world. It is important to understand that India-Japan PPH will not be restricted between these two countries. This will lead to an implied agreement for fast track examination from pharmaceutical corporations from other countries including the United States which is aggressively pursuing an IP enforcement agenda without consideration on the negative impact on generic competition and access to medicines. It should be borne in mind that within its existing framework, the India-Japan PPH program fails to take into consideration, particularly the role India plays as a key producer of generic medicines, as well as the greater need of least developed members to increase access to affordable medicines.

The proposed amendment proposes for a quick out of turn examination of patent applications, which can only be made possible by sharing search and examination results, having combined examiner training etc. In the context of medicines, training to patent examiners supported by developed countries such as Japan rarely emphasize on a stricter patentability criteria. More importantly, the fast track examinations shall most likely miss the extra-layer of scrutiny provided by pre-grant oppositions as the opponents will find it difficult to oppose an application in such a short period. Although the amendment has a rider that the patentability of the applications filed on the basis of such an agreement will be in accordance with the Act, but the assurance is not enough, especially at a time when India is granting patents like never before. India being a developing country and a key producer of generic medicines, PPH fails to ensure its needs for access to affordable medicines.

The Rules framed under the Patents Act can have a positive or negative impact on access to medicines, public health and the right to health of people. Several countries, more often the developing ones, change policies because of continued pressure, biased technical assistance from developed countries, and free trade agreements with TRIPS Plus IP standards. The IPO has been focusing on granting patents expeditiously resulting in a 50 percent hike in patents granted in 2017 than it did in the previous year. The increased reliance on foreign patent offices like Japan would only increase the quantity of patents by disregarding quality of patents completely. A recent study revealed that 72 percent of granted patents for pharmaceuticals are granted to unmerited inventions—marginal improvements over previously known drugs for which primary patents exist. Keeping this in mind, the IPO should steer its focus towards granting quality patents than on the quantity. Thus, India’s specific practices and public health safeguards in patent law and rules should not be diluted in view of the different development and health needs of the country.

MSF Access Campaign and Lawyers Collective have submitted a response to this Draft Rules, which can be accessed here.