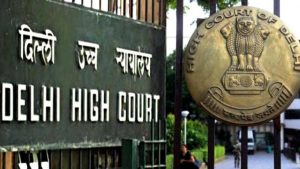 In a recent order, Justice Najmi Waziri of the Delhi High Court imposed a cost of Rs. 80 lakhs on the respondent party. Stating that the sum ought to be utilised for the larger public good, he went on to order the respondents to plant a large number of trees!

The petitioners have a patent in Sitagliptin (a pharmaceutical composition used to treat diabetes) and sold it under the brand names Januvia and Janumet, amongst other names. The repondent’s website claimed to manufacture this composition and sold it under the same brand names, thereby diluting the brand value in the petitioners’ products. The petitioners filed a suit seeking injunction against the defendants. The suit was disposed of by the Court after the parties filed a joint compromise application and entered into a compromise deed, which formed a part of the Court’s decree. The respondents later breached the compromise deed and the Court decree and the petitioners then instituted contempt proceedings against them for such breach.

The respondents acknowledged their breach of the Court’s order from the outset and submitted to any terms put forward by the Court. The petitioners, stating that they manufactured medicinal preparations to cure ailments and contribute to better health of people, submitted that they would be willing to forego damages imposed on respondents if the same were used for larger public benefit or public health. The Court then examined the background, business, annual turnover, etc. of the respondent company and ordered a cost of Rs. 80 lakhs to be imposed on the Respondent, “to be utilised for the larger public good“.

The “public good” which the Court had in mind were measures to fight air pollution by planting trees in a city which, in the Court’s words, was “virtually gasping for fresh air“. It took a glimpse at the Delhi Master Plan and noted that the Central Ridge area, being expansive and located at the heart of the city, could help in reducing carbon footprint, if nurtured optimally. It even touched upon the fundamental duty given under Article 51A (g) of the Constitution “to protect and improve the natural environment“.

Thus, apart from directing the respondents to file an affidavit of apology, the Court also directed them to plant 1,40,000 trees on the Central Ridge. They further gave detailed specifications regarding the type of plants to be planted and the time period for which the respondents would be obligated to nurture the plants. The respondents were also directed to ensure the presence of water sources and water retention systems and prepare a compliance report. The report is to be submitted to the Deputy Conservator of Forests.

“Costs”, as defined in the 240th Law Commission Report on Costs in Civil Litigation, is “the sum of money which the court orders one party to pay another party in respect of the expenses of litigation incurred.” The Court’s power to impose costs in this case would stem from Section 35 of the Civil Procedure Code governing general costs (For an overview of different types of costs under the Code, refer to Rahul’s post here). Under this Section, the Court is vested with the discretion to award costs, subject to conditions and limitations which may be imposed by any law in force. It provides that the costs should follow the event and that the court shall have full power to determine by whom or out of what property, and to what extent such costs are to be paid. Further, costs do not seek to inflict a “penalty on the unsuccessful party, but to indemnify the successful litigant for actual expenses necessarily or reasonably incurred” during the course of litigation. In the present case, the costs will further come within the ambit of the Delhi High Court (Original Side) Rules, 2018. The Rules provide clarity on the factors to be considered while determining costs, billing of costs, taxation of costs etc.

Interestingly, this is not the first instance where Justice Waziri has directed defaulting parties to plant trees. In a recent case, he directed a couple to plant 100 trees in the Central Ridge area for employing a minor for household work and to additionally pay ₹1.5 lakh to the victim. In another case, he ordered parties to plant 3,000 trees in the South Ridge area as a punishment for seeking time to file their reply on Enforcement Directorate’s appeal against their acquittal in a 2G scam case. Further, he quashed criminal proceedings against parties by directing them to plant trees. (As a side note, Justice Waziri is not focusing solely on planting trees. In dealing with a contempt proceeding filed against a restaurant chain for non-compliance with the Court’s order and repetitive trademark infringement, he directed the chain to provide meals to children in orphanages)  Apart from Justice Waziri, Justice Sunil Gaur of the Delhi HC has also directed the accused in a molestation case to plant trees in a government school.

While the Court’s efforts to create a healthy and clean atmosphere for the citizens of the pollution-riddled, smog-filled city of Delhi is commendable, certain questions crop up here.

Can the Court give such directions when they are not related to the heart of the dispute? Courts have directed parties to plant trees in the past and such directions have been related to the underlying matter. For instance, the Madras HC had ordered the National Highways Authority of India (NHAI) to plant 10 saplings for every tree cut for carrying out its four lane project. Courts have also delved into principles of public interest while fixing costs to be imposed on defaulting parties. Again, in such cases, such analysis was in connection to the dispute at hand. An example of this would be the imposition of exemplary costs in a case of trademark infringement of pharmaceutical products, wherein the Court had delved into various public health concerns.

In the present case, could these directions be justified as a “punishment” under Article 215 of the Constitution? This Article states that High Courts, as Courts of Record, have the power to punish for contempt of itself. The Court has, however, not made any mention of this provision. Also, let us assume for the sake of argument that the proceedings in the present case were not instituted for contempt and the Court gave similar directions. Where would the Courts derive its authority to pass such directions? A possible answer to this query lies in Section 151 of the Civil Procedure Code, which gives inherent powers to the Court to “make such orders as may be necessary for the ends of the justice or to prevent abuse of the process of the court“. It has, however, been clarified by the Court that the exercise of powers under Section 151 should be done with due care and precaution. Such exercise shall depend on the “discretion and wisdom of the court, and the facts and circumstances of the case” and the provision cannot be used as a “carte blanche to grant any relief“.

Apart from these questions of law, it would also be necessary to consider the question of whether the Court can undertake such acts of environmental activism in the guise of imposing penalties and costs. Can the Courts adopt the role of “protector of environment” when there are other appropriate authorities, committees and institutions (such as the Delhi Government’s Department of Environment, the Delhi Pollution Control Committee, the Environment Pollution (Prevention & Control) Authority for the National Capital Region etc.) to whom this task is delegated?

Such puzzling questions of law and role-delegation need to be clarified by the Courts before meting out such well-meaning yet misguided orders.